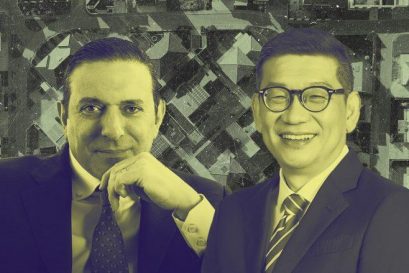 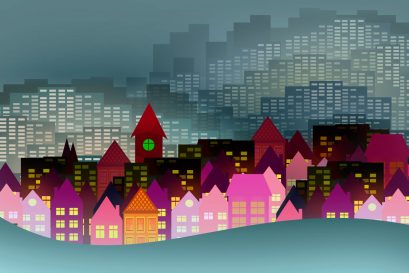 The multifamily market has been on a rollercoaster ride since the pandemic started, and the ride doesn’t look to be over soon. First, the pandemic caused higher vacancy rates and brought on a number of federal and local eviction moratoriums that landlords had to contend with. For some owners, these factors led to lower rent collections. But as the pandemic dragged on, demand picked back up and pushed rental rates to all-time highs. Now, as interest rates climb, Americans, especially younger ones, continue to get priced out of home ownership, causing rental demand to surge.

Lately, multifamily has been a darling of real estate investors as other asset classes like office have suffered. Investors paid enormous sums for multifamily assets over the past year, but some may begin to feel pressure as interest rates rise and squeeze profits. Sales of apartment buildings broke records during the pandemic, and prices of the buildings rose even faster. CBRE reports that the annual volume of apartment purchases almost doubled between 2019 and 2021. In the same period investors spent $61 billion on multifamily assets in the first quarter of 2022, the highest figure on record.

But now, as interest rates keep rising and the Fed gets hawkish, some multifamily return rates are falling below the interest rate on their mortgages, according to people in the industry. This “negative leverage” means landlords make less money on their assets than their banks, despite carrying more risk. This situation hasn’t been as widespread in multifamily since the subprime crisis that triggered the Great Recession, when defaults on multifamily building debt skyrocketed.

While some observers see a bubble, not everyone expects a wave of defaults. Not everyone even thinks a bubble has formed at all. Investors have less debt today, and multifamily assets are likely to still appeal to asset managers as stable bets. More importantly, many multifamily investors expect they could survive a period of lower returns because rents will keep growing. But if rent growth slows, owners who paid exorbitant prices for multifamily buildings could be at risk as rising interest rates push down building values and make it more challenging to refinance mortgages.

Investors have routinely been purchasing apartment buildings at cap rates as low as 3.5 percent, but mortgage rates on some deals have now risen above 4.5 percent, according to David Brickman, CEO of real estate finance firm NewPoint Real Estate Capital. Brickman told the Wall Street Journal that he doesn’t expect a wave of defaults, but he said some lenders to multifamily owners may come under stress. “There’s no question you’re going to have rent growth; the question is whether it will outpace interest rates,” he said.

Is the rent too damn high?

Jon Ziglar, CEO of Rent., a platform that connects properties with residents, said most of the largest rent increases have been in Class A and luxury multifamily properties in big gateway markets. “Rent increases haven’t been as much in affordable properties,” Ziglar said. “Most new apartment inventory is luxury, so that skews the national average.” Also, in Class A properties, most residents can afford the increases. With more people getting pushed out of the housing market, Ziglar thinks Class A rental rates will keep increasing.

The median rent-to-income ratio for luxury Class A residents sits at 20.5 percent, according to new research from RealPage. That number rises to 22.1 percent for Class B and 24.5 percent for Class C tenants. And, of course, how much income goes to rent depends on the market. Pittsburgh has the lowest overall rent-to-income ratios by U.S. metro areas at 18 percent, while Riverside, California, has the highest mark at 26 percent. The vast majority of metro areas fall within the 20 to 25 percent range, according to RealPage, still well below the traditional affordability range of 33 percent. To make matters worse, renters aren’t doubling up with roommates (not yet, anyway) to cover costs as they did during the Great Recession from 2008 to 2010. The data shows that in 2022, leases signed averaged 1.63 occupants compared to 1.65 in 2020 and 2021.

No matter how you look at it, the rent is rising fast in almost all markets nationwide. Some may even say rent is too high: there was even a political party started with the same name. Rents rose in the U.S. in June at the fastest pace since 1986, helping push inflation to a new four-decade high. The Labor Department’s report on consumer prices shows rents were up 5.8 percent in the last 12 months through June. Rent increases may moderate because of new supply, as nearly 836,000 new units are under construction (the most since 1973), according to RealPage. But most of the new construction is for higher-income residents and not those in lower-end properties where shortages are more extreme.

According to the Census Bureau’s Household Pulse Survey, about 13.9 percent of Americans aren’t currently caught up with rent payments. With many residents behind on rent or struggling to keep up, there could be a tipping point on how high landlords can push rents. “Just because you can charge more as a landlord doesn’t mean you should, or it makes sense,” said Levi Kelman, Principal CEO of Blue Onyx Companies, a commercial real estate development, construction, leasing, and management company. “Landlords also have to be mindful about delinquencies with residents.”

Turnover in apartments is a significant consideration because it’s expensive. When residents leave, they likely move to a place that’s more affordable or where they get the most bang for their buck. And the turnover costs for landlords can be high, which is why most landlords want to hold onto tenants if they can. To replace a tenant, the combination of advertising and marketing, unit repairs, and lost rent averages $3,976, according to Zego.

Higher rents are always good for landlords, especially as a hedge against inflation and in challenging economic conditions. But Kelman said landlords should also study efficiencies and look to lower operating costs. That’s not an easy task right now, given higher property management costs and payrolls, but Kelman thinks it can be done. “It’s a tight margin business, so don’t just look at raising rent, but focus on tech solutions that lower costs,” Kelman said. “You can’t always control the rental market, but you can more easily control expenses.”

Headwinds are gathering for the multifamily sector, but despite some observers who see a crash ahead, others say the fundamentals still look promising for the second half of 2022. In a new report, Freddie Mac expects every multifamily market they cover to experience gross income gains in 2022, mainly because of tight market availability and high demand. The report said vacancy rates should stay flat at 4.8 percent, and there will be a full-year total income growth of 6.8 percent.

Multifamily lending is slowing down too, but that could be just a temporary pullback this year. The Mortgage Bankers Association (MBA) projects a slower second half this year for lending, with total commercial and multifamily financing to decrease by 18 percent from $891 billion to $733 billion in 2022. But MBA expects borrowing and lending to rebound in 2023, hitting $872 billion.

The slow pace of multifamily construction will also likely keep the sector’s supply and demand in balance for a while despite recessionary fears. Multifamily rents are able to adjust relatively quickly for inflation and interest rates, according to a recent Moody’s report. For this reason, a negative effect on multifamily performance may not be felt until “near or after a recession ends,” the report says. “Overall, in a mild recessionary environment, we would expect only a moderate vacancy rate increase and rent growth to simply decelerate,” the report continues. “A slight and short-lived dip into negative territory towards the end of the recession is possible, but a free fall is highly unlikely.”

There’s no oversupply in the multifamily market right now, which is why some observers shrug off the bubble talk. Bubbles in real estate are historically caused by oversupply or another factor that causes asset values to drop sharply. But the U.S. housing supply currently has a shortfall of 6.8 million units, according to the National Association of Realtors, which is why rents spiked 13.5 percent last year, more than double any previous year on record. CBRE projects a 6.4 percent nationwide rent increase for 2022, which may be skewed because of more significant increases in Class A properties. More residents nationwide may be rent-burdened, but most steep increases are likely occurring in properties where the tenants have more disposable income.

Though headwinds are gathering in multifamily, as they are in almost every real estate asset class, the talk of a bubble is probably overstated. “We don’t have a bubble because we don’t have an oversupply problem,” said Norman Radow, founder and CEO of RADCO Companies, a real estate investment firm. “We have a lack of supply problem, it’ll take years to make up.” The multifamily sector has been on one hell of a rollercoaster ride in the past few years, and there looks to be many more twists and turns in the months ahead. While some landlords and investors may get a little nauseous, it doesn’t necessarily mean a terrible crash is up ahead.