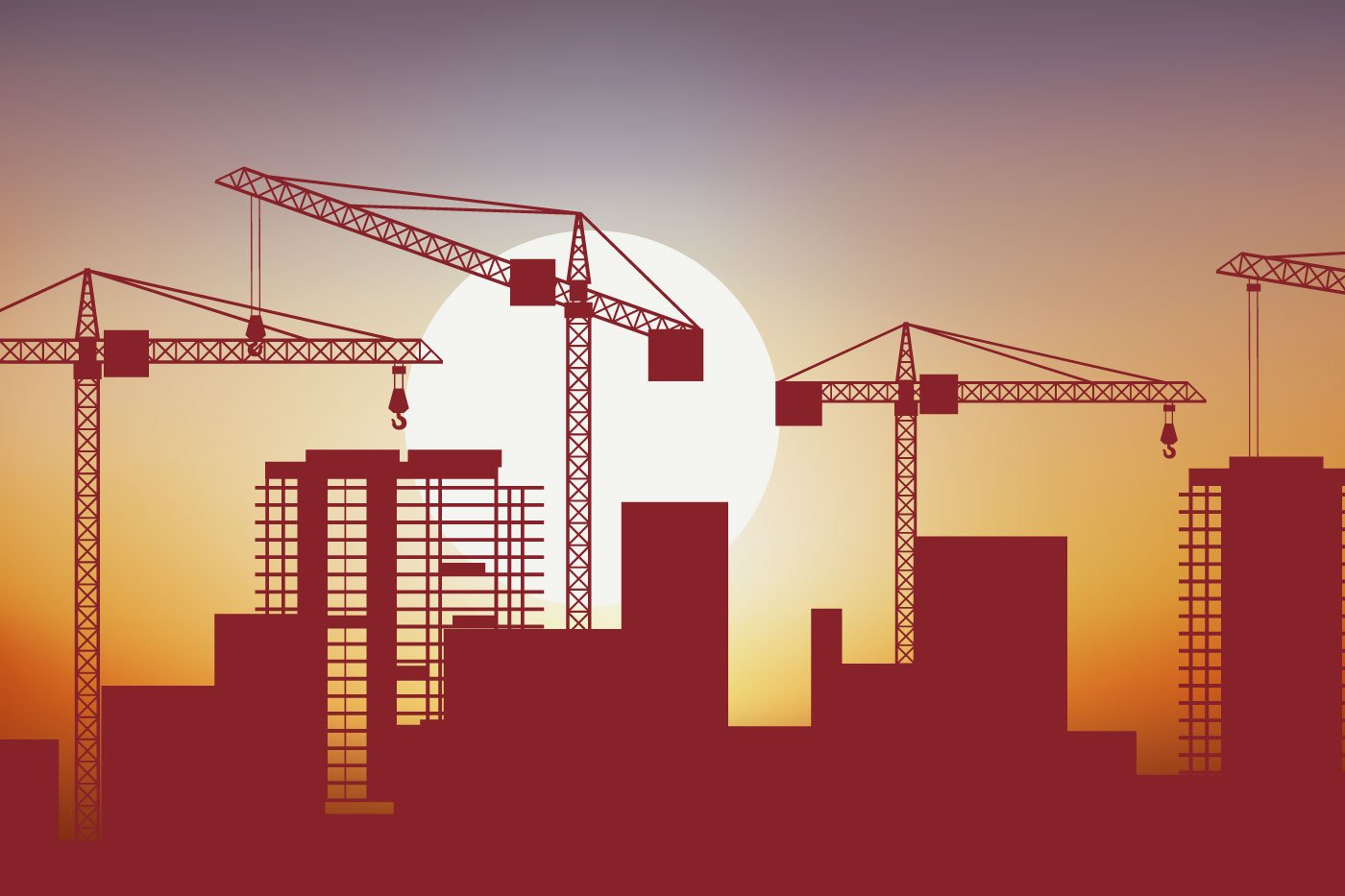 In February of 2021, a brutal series of winter storms swept through the Lone Star State, triggering a catastrophic power crisis that left millions of people freezing and in the dark, in some cases without running water. It went on record as the state’s worst infrastructure failure, with the final death toll ringing in at 246, although some estimates exceeded 700. The fallout from the crash of the power grid has left Texans wildly skeptical of their electricity regulators’ confidence that the lights will stay on this summer, with good reason. Not only is a record heat wave on the horizon, but there’s also another strain on the grid that not enough people are talking about: the startling amount of new construction.

What does ERCOT say?

The Electric Reliability Council of Texas (ERCOT), the organization that oversees Texas’ power grid, insists that the power grid “should be fine” despite the unseasonably hot weather. Peter Lake, Public Utility Commission of Texas Chairman, said in a joint press conference alongside ERCOT interim CEO Brad Jones last month that the power grid is “more reliable than it has ever been before.”

All signs are pointing to record-high temperatures this year after heat waves rolled in earlier than usual. The Climate Prediction Center projects a scorching summer for the Panhandle, with higher-than-normal temperatures seeping into Central and West Texas. Hot summers aren’t out of the ordinary for Texans, but the triple-digit heat that meteorologists anticipate will place a lot of pressure on the state’s power grids.

Both ERCOT and Texas Governor Greg Abbott are adamant that the power grid is primed and ready to withstand blazing temperatures and operate as business-per-usual. ERCOT’s board underwent a full overhaul as many, including former ERCOT CEO Bill Magness, were terminated for the grid’s lack of preparedness to handle the 2021 blizzards. Public backlash from the fact that several members didn’t even live in the state prompted seven other members to resign. Governor Abbott made modest tweaks to the supply-side of the grid after loudly preaching for reforms in the wake of the tragedy, which involved shrinking the number of seats on ERCOT’s board from 16 to 11 and granting regulators the ability to impose steep fines on power companies who failed to winterize. Lake had added at the press conference that these reforms “are working.”

The data tells a different story

Public messaging about the power grid’s readiness to handle extreme temperatures appears to be based on cherry-picked metrics to support those claims. ERCOT released its Summer 2022 Seasonal Assessment last May. In it, ERCOT describes that this summer will bring on a “new system-wide peak demand record for the region,” at 77,317 megawatts. The report goes on to say that ERCOT will have 91,392 MW of resource capacity available to cushion peak demand. It sounds reassuring, at least until you keep reading.

ERCOT claims to have come up with these numbers from modeling scenarios under “extreme” conditions, but the kicker is that those “extreme” scenarios were based on the temperatures recorded during a heat wave in 2011. Doug Lewin, President of Stoic Energy LLC in Austin, told the Austin American Statesman that “any climate scientist will tell you that the past is no predictor of the future.” He also said that this year’s spring heat wave was enough to undermine ERCOT’s study.

Then there’s the fact that six Texas power plants just sputtered out. While ERCOT was singing the grid’s praises to the public, it told a power plant to postpone its planned maintenance and remain running in order to fulfill demand during May’s hotter-than-expected weather. Power plants usually schedule their repairs in the spring, when demand is lower. But thanks to the May heat wave, the demand went up, and you don’t have to think too hard about what happened after the plant wasn’t able to carry out its repairs. The plant was forced to shut down the next day after some of its equipment failed. A domino effect ensued when five other plants buckled from the deferred maintenance.

ERCOT is still pushing the idea that the reforms put forth last year have fixed the grid, but some players who are responsible for weatherizing the grid haven’t even started the brainstorming process. The Railroad Commission of Texas, which oversees the state’s huge oil and gas industry, has yet to develop weatherization requirements for natural gas businesses. The Texas Tribune reported that “a committee created by lawmakers in the spring has until September 2022 to identify and map the state’s natural gas infrastructure.” Only then will the Railroad Commission create weatherization regulations. This is one of the reasons why the few tweaks that have been made to the power grid have done next to nothing when it comes to creating new energy generation to support the existing infrastructure in Texas.

The weight of new real estate

So it’s highly unlikely that the Texas power grid will be able to keep the lights on and the air conditioning running when it’s hot enough to fry an egg on the sidewalk. Sweltering heat plus a decaying power grid equals impending blackouts, but there’s a glaring omission in that equation. Everyone is talking about the fact that the grid will struggle under the oncoming heat wave, but no one is talking about the havoc that the rampant amount of construction activity will wreak on the grid.

As it stands now, the Texas power grid cannot withstand the burden of new development, but it’s going up at a rapid pace, particularly in Dallas. Estimates from Dodge Data indicate that more than $28 billion in residential and commercial building starts were recorded in the Dallas-Fort Worth (DFW) area last year, with nonresidential building developments in the DFW market shooting up by nearly a third. Demand for industrial space in the area is pushing development to a historical high, according to Newmark’s Dallas Industrial Market Report. The report from the commercial real estate advisory firm explains that in the first three months of 2022, the construction pipeline contained “over 74.4 million square feet of space, the highest on record for the DFW market.”

Lisa Denight, National Industrial Research Director of Newmark, told me that Dallas leads the nation in the construction pipeline. “Dallas has more construction underway than the entire inventory of a number of markets that we track,” she said. “An entire market’s worth of existing inventory in the country.”

What Texas and Its Buildings Learned From the Deadly Power Outage

I asked Denight why there was so much new infrastructure going up in the state. “There’s available space in Texas, which means that rents are significantly lower,” Denight explained, before adding “oh, and energy costs are cheap too.” Cue light bulb moment.

For years, ERCOT prioritized making Texas’ energy cheap instead of making it reliable. The Texas electric power market is set up to incentivize energy suppliers to offer electricity at the cheapest possible price. This explains why it collapsed amid an unprecedented cold spell. Governor Abbott continues to tout the low cost of doing business in Texas to spur more economic development. But the power grid needs to expand in tandem with growing real estate, and the fact of the matter is that the power grid in Texas isn’t even prepared to withhold the existing infrastructure. The strategy of setting Texas as the most attractively-priced state for power has certainly worked to lure new developments in, but it’s about to backfire. In essence, offering low energy costs to access a grid that is completely unreliable and only going to get worse from the ensuing loads of a type of real estate that gobbles even more energy is a lot like selling hair to buy a hair brush.

Denight says that while the reliability of the Texas grid is “definitely a red flag”, especially for heavy-power users like the manufacturing industry, there are so many other attractive factors about the Texas market from an industrial occupier perspective. Rents in Dallas are around $5 per square foot, compared to $20 per square foot in the Inland Empire, California. “If you can’t find space, and you gotta find space, Texas will give you space,” said Denight.

There is going to be a lot more strain on Texas’ power grid this summer, not all of that has to do with the heat. The slew of brand-new industrial properties, many of which will be outfitted with smart building technology and IoT devices that will need to pull even more power from an unstable grid, will inevitably lead to more blackouts. In light of all this, Denight says that occupiers really have to think critically about their power needs, but it’s next to impossible for occupiers to make smart energy decisions when the people in charge of the power grid haven’t been doing that in the first place.