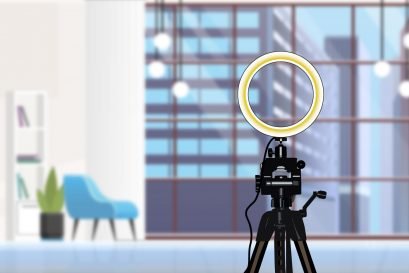 Cushman & Wakefield and Newmark are two of the world’s most prominent commercial real estate brokerages. And since at least 2020, both names have consistently been part of a rumor that refuses to go away. The New York Post ran a story in late June claiming there were whispers about a merger between the two giant brokerages at the Real Estate Board of New York’s gala. The Post later said the rumors were false, but this isn’t the first time these rumors have spread. One industry insider told Propmodo that the rumors are so persistent because they are “definitely real.”

Bloomberg reported in 2020 that Cushman was eyeing a takeover of Newmark, which the NY Post later reported was incorrect. Cushman and Newmark are declining to comment to any media outlets (including Propmodo) about the rumor, mainly because both are publicly traded companies, and denying on the record could run afoul of SEC disclosure rules. But inside the commercial real estate world, the talk of a potential mega-merger keeps getting whispered. One has to wonder why the talk refuses to die, as it seems to come up once every quarter.

Newmark CEO Barry Gosin doesn’t appear to be yearning for a big merger anytime soon. Gosin said in the firm’s second-quarter earnings call that there isn’t any strong rationale for large-scale M&A among brokerages right now. “I think the enormity of friction and the conflicts and the coverage and the crowded nature makes it very difficult for large companies to merge,” Gosin said. “There has to be a perfect synergy and fit. And there’s a point of no return or indifference makes it really, really hard to do.”

It’s easy to see what the massive implications of a Cushman and Newmark merger would be. If they did merge, it would likely put the resulting brokerage over the top and in the number one spot ahead of CBRE. If Cushman can acquire Newmark, they would acquire all of Newmark’s data and expertise, and data is especially precious in today’s commercial real estate industry. Because of the shake-up in the office industry and the widespread market uncertainty, it would be an especially impressive time to make the deal if it did happen sometime soon.

Reading between the lines

The rumor is pervasive, and Cushman and Newmark are cautious with the information for a good reason. If any confirmation leaks, rival brokerages could use the intel to poach top agents. In fact, some industry insiders believe the rumors have been started by rivals for this very purpose.

Now, whether or not a deal like this would actually happen is anyone’s guess, but rumors like this always get denied before the major players sit down, shake hands, and make it official. It’s similar to an elite college football coach who denies whispers that he’s taking a better job for weeks until he’s blue in the face, and then, sure enough, word gets out that he just signed the lucrative contract at the rival university. And large real estate players like Blackstone have always been known to deny rumors of acquisitions before they actually happen. It’s standard practice.

In the New York Post story, one source said the merger “cratered a long time ago,” while another source told the tabloid that talks have re-started. The Post immediately reported later in the day that the rumors were false. In the original story, the Post also reported that Cushman had quietly signed a deal to take 222,000 square feet at Brookfield’s 660 Fifth Avenue.

Brookfield and Cushman denied that a lease had been signed, but Brookfield admitted there were discussions. The Post said the merger talks could affect the outcome of those lease conversations. There was another recent report that Cushman had formed a committee to identify new potential office spaces in NYC, apparently planning to leave Vornado Realty Trust’s 1290 Sixth Avenue. One possible destination was 660 Fifth Avenue because Cushman is the leasing agent at the Midtown office tower.

One reason Newmark may reject Cushman is that it is concerned with Cushman’s high debt load. That was the apparent reason why the Cushman takeover bid was rejected two years ago, as reported by Bloomberg. At the time, Cushman was saddled with about $3.8 billion in debt, more than its $2.6 billion market capitalization. So, even if Cushman wanted to acquire Newmark, some people question if they may be able to take on the additional debt to do it.

Another theory as to why the rumor is so persistent is that Cushman is trying to distract from its ties to former President Trump. The New York state attorney general’s office has subpoenaed Cushman several times since 2019, demanding they turn over documents related to a three-year investigation into the Trump Organization’s real estate holdings.

On August 9th, Cushman turned over around 36,000 records to the attorney general’s office after being held in contempt in July and ordered to pay $10,000 daily. The New York attorney general’s office has said it has discovered serious problems with appraisals of Trump Organization properties, including 40 Wall Street and a Los Angeles golf club. The investigation has been a major sore spot for Cushman and has constantly been reported on in the media.

Landmines to watch out for

A Cushman & Wakefield-Newmark merger would be massive news in commercial real estate, but even if the rumor is true and it does happen, the result isn’t guaranteed to work out for the best. Mega-mergers between big brokerages like Cushman and Newmark are rare, but they do happen. Recent examples include Cushman merging with DTZ in 2015 and JLL acquiring HFF in 2019 in a $2 billion deal. Two of the most significant risks in mega-mergers are integrating the cultures of two firms and dealing with outsized egos. “After a merger happens, there can be stumbles and missteps,” said Scott Robinson, Finance & Investment Director at the REIT Center at the NYU Schack Institute of Real Estate. “It could be a bad fit, and you could have departures of employees, brokers, and executives. So, mergers don’t always result in better operations.”

When brokerage mergers happen, there is usually a strategy that drives them, such as firms looking to deepen their concentration in one vertical or grow into new markets. The result in the rest of the commercial real estate industry when brokerages merge is “generally neutral to positive,” according to Robinson, because “a rising tide lifts all boats.” Real estate mergers and acquisitions among REITs and brokerages have slowed this year compared to 2021, but Robinson believes they may pick back up because there’s so much uncertainty in the market.

REIT mergers hit an all-time high in 2021, totaling $140 billion, according to JLL. Some people have said the war in Ukraine and supply chain mess could slow down mergers for the rest of 2022, but Robinson told me that teams and companies with decreased revenues may want to partner with other firms this year. If a recession does happen, as some economic experts are forecasting, Robinson said this would cause mergers and acquisitions to increase.

But Robinson stressed again at the end of my call with him that while mergers may seem appealing in many cases, “there are landmines to watch out for and snags that could happen.” He said, “Often with mergers, we don’t consider integrating cultures, technologies, and software.” An example of the conflicts that can happen after mergers is JLL’s acquisition of HFF in 2019. As HFF came under new leadership, there were reports that many brokerage teams at each firm would be targeted by rivals looking to lure away talent.

Consolidating and merging the teams at JLL and HFF also reportedly led to some contentious situations. Even though JLL made the acquisition, HFF demanded to take over the combined capital markets business. And executives at HFF didn’t want some other JLL top teams to stick around, either, according to one report in 2019. JLL’s teams were more successful than HFF’s in many cases, but one former JLL employee said they “weren’t a cultural fit,” or at least “that’s the term they used.” Mergers and acquisitions can help a brokerage, but it’s a contact sport, and some heads always roll.

Would the merger make sense?

Potential conflicts are not the only negative to blockbuster commercial brokerage mergers. There’s a lot of overlap between big brokerages, and any added revenues from joining forces could be diminished. “These brokerages all did a good job in the pandemic of cutting costs and becoming leaner, so there’s probably less opportunity on that front,” said JPMorgan Executive Director Anthony Paolone. “One plus one doesn’t necessarily mean two in terms of revenue. I think that right out of the gate, it makes it hard to do this large tie-together.”

What seems more likely to happen is the big fish in the pond, like CBRE and Newmark, continue to acquire smaller, regional brokerages. An example of this is when Colliers acquired a majority interest in Denver-based Venture Capital earlier this year, its second acquisition of an alternative real estate management firm in 2022. Another example is last year when CBRE purchased a majority interest in Turner & Townsend, a program and project management firm. Smaller acquisitions like this are less risky, and they help large brokerages shore up perceived weaknesses.

Others don’t think a Cushman-Newmark merger would make any sense. With two giant brokerages like that, it would be like if Google purchased Facebook. Big Tech companies scoop up smaller firms all the time, but why would they merge? “I can’t see why anybody would take on and duplicate if you have a very similar footprint. The legacy technology, the overhead, the debt,” said James Pitts, Founder of Greenwood Commercial Real Estate Group, an Atlanta-based commercial brokerage. “If you can’t just buy the relationships, it doesn’t make much sense.”

The rumors about a Cushman & Wakefield and Newmark merger may continue to be whispered in real estate circles, whether Cushman and Newmark representatives like it or not. It’s one of the juiciest rumors in commercial real estate right now, and the effect of the merger would be massive. Whether or not it’s true or if it will happen is up for debate.

If the merger did actually happen, there would probably be a re-arranging of international commercial brokerage’s Pantheon, putting Cushman at number one over CBRE. If those are the stakes at play, then, of course, this rumor keeps getting spread. Unless executives on both sides hammer out a deal, issue the press release, and reveal there’s any truth to the rumors, it’s all speculation for now. But that won’t stop people in the commercial real estate world from talking about it.