It seems that no matter where you turn, you feel the ripple effects of labor shortage. From short-staffed restaurants to construction sites operating behind schedule, there aren’t enough boots to fill required positions. According to Associated Builders and Contractors, construction companies need to hire over 400,000 workers this year and 1 million more between now and 2023 in order to keep up with demand. Are 3D printed homes an answer?

The source of this increased demand can be a bit confusing considering we didn’t seem to do much the past 18 months. However, before construction was deemed “essential,” the industry shut down for a few months and, in that time, over 1 million workers left. The Labor Department reported that about 80 percent of these workers have since been replaced. “We’re losing more people than we’re bringing into the industry,” said Matthew Schimenti, owner of Schimenti Construction Company. Yet with a hot housing market, demand continues to grow.

The pandemic exacerbated it but the construction labor shortage started years ago and some blame it on early education. These classes were often the students’ first experience with power tools, woodworking, and other hands-on skills. Today, shop classes are no longer a big part of the curriculum. “Schools simply don’t have any incentive to continue offering shop classes when they’re judged (and funded) solely on their students’ academic performance in core classes like math and English. And as students are increasingly encouraged to pursue careers in science, technology, engineering, and mathematics (STEM), trades education will likely continue to decline,” wrote Jim Coshow, author of the article series The Death of Shop Class: The History and Decline.

Adding to the challenge is the housing shortage. The United States is short almost 7 million units to meet new housing needs and replace aging or damaged homes. We don’t have time to wait for another generation to start working and hope they want to be in construction.

3D printed homes are offering a unique answer to these challenges. The traditional way of building homes is overdue for change and there’s room for tech to positively impact the processes. 3D printing takes construction and flips it on its head, changing how it’s done from inception to final touches. “We live in a world where tech is all around us and that’s what people are interested in. 3D printing changes how construction is done, and that makes it more interesting to younger people who want to be in high tech,” explained Basil Starr, CEO of Palari Group.

We live in a world where tech is all around us and that’s what people are interested in. 3D printing changes how construction is done, and that makes it more interesting to younger people who want to be in high tech.

Positions available because of 3D printed construction are appealing for people across the skills spectrum. They can include machine operators, software engineers, robotic operators, and robotic engineers among others. Many people interested in these jobs are younger than the current median age in construction, which is 43 years old. This could address the generational gap of workers in the industry. “This new type of construction worker are mostly people who graduated or went through additional training in the last ten years,” said Alexey Dubov, co-founder and CEO of Mighty Buildings. “These new jobs require people to be fluent with digital tools and machines.”

These jobs may appeal to a different type of worker, too. Dubov continued, “3D printing in construction creates more jobs overall, but taps into a very different pool of talent. A high level of automation and quality creates an easier, safer, and less stressful work environment.” This not only appeals to workers who don’t want the tough working conditions of traditional construction but expands the hiring pool to other demographics, such as women.

Alexey Dubov, Cofounder and CEO of Mighty Buildings will be speaking at Blueprint 2021 in Las Vegas on October 6th, where more than 750 CEOs, VCs, and leaders from across the real estate tech ecosystem will be meeting for the PropTech event of the year. Propmodo readers get a special $200 discount on both in-person or virtual tickets! Click here for more info and to register now.

Currently, women comprise 10.3 percent of the construction workforce and one percent of those are on a job site’s front lines, according to the U.S. Bureau of Labor Statistics. In an industry so dominated by men, women are at a disadvantage. For example within construction, women have a higher risk of workplace injury due to poorly-fitted equipment. Also, 60 percent of gender discrimination victims are women, and 47 percent have never worked with a female manager. The lack of role models could be a result of skill sets and 3D printing could even out the playing field.

Technology has disrupted almost every industry but construction has been largely unchanged for over 200 years. Those bringing technology into construction say it’s about time for the industry to catch up. The benefits of 3D printed homes go far beyond labor-related reasons and into benefits for builders, home-buyers, and the environment. “There are reasons why we don’t build cars in driveways, but in factories,” stated Starr. This new way of constructing homes is much more aligned with initiatives today. Today, the end goal isn’t always more important than how we get there. 3D printing elevates and expands what working in construction entails and between shortages in labor and housing, the world is ready for positive change.

Propmodo’s Lauren Long will be moderating a panel at the Blueprint conference October 6th in Las Vegas with Basil Starr, Alexey Dubov, and Jakob Jørgenson, Head of Technology COBOD International.

Get your in-person or virtual ticket here. 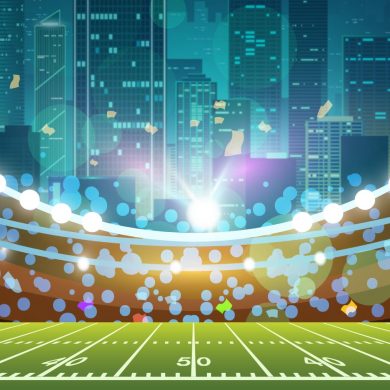