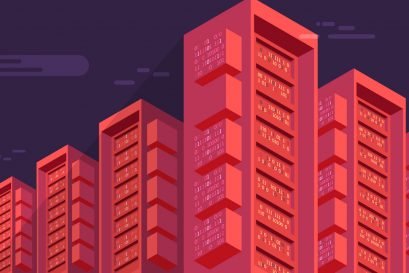 Understanding the Opportunity to Use Data Science in Real Estate 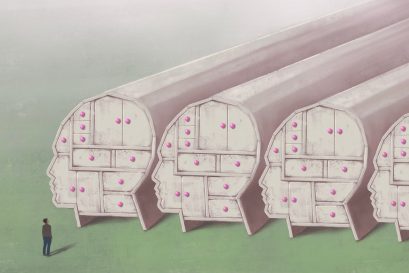 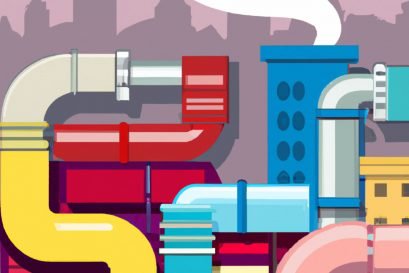 PropTech unicorn VTS made headlines yet again with its largest fund raise ever, a $125 million dollar round led by the world’s largest commercial property brokerage and property management company CBRE. The investment was huge, but VTS is no stranger to large amounts of funding capital, having raised $55 million in 2016 and $90 million in 2019. The move is not a total surprise, there are plenty of reasons to see potential in VTS, they have quickly become the main software platform for commercial leasing transactions. In fact, for many asset classes more than half of all leases are conducted through VTS. But what was a little puzzling to me is why VTS would want to take the money.

The press release said that VTS was looking to expand its footprint, both geographically and into other property types like industrial, retail, and residential. This makes sense, with such a stranglehold on the office market in the U.S. the only way that they can grow is by trying to do the same elsewhere. VTS is a tool that is mostly used by brokerage firms who use large teams to lease out space, this means that their main product is only really applicable to Class A type properties. The only way for them to push into other markets is to provide new offerings, which leads me to the next reason…

Acquisition. VTS has been aggressively acquiring other companies to expand its product offering. The most notable acquisitions are its purchase of property management application Rise for $100 million in March of last year and its $200 million spend on tenant experience platform Lane in October. These were large purchases and ones that were quite a bit outside of their product offering. They obviously want to become much more than just a leasing platform. But this expansion into the property management realm now puts them in competition with a lot of their clients, in particular JLL who recently acquired management platform Building Engines and invested in workplace experience platform HqO. In fact, this might be one of the reasons for the large investment from CBRE. One of the stipulations from this funding round is a seat for CBRE on VTS’s board of directors, something that could help steer the company into a place where they would compete with CBRE’s competitors, of which JLL is the largest one.

The turbulence in markets right now has everyone worried about a valuation correction in tech. This investment might be a way for VTS to get ahead of any drop in their value, giving them enough capital to ride out a downturn. The new round puts VTS’s value at $1.7 billion, another win for both investors and the company. But the new valuation begs another important question: is VTS worth that much?

Let’s compare them to another entrenched software provider for the commercial real estate industry, The Altus Group. The Altus Group owns ARGUS software, one of the main ways that acquisition teams create their valuation models. Like VTS they have access to a lot of data and also like VTS are prohibited from using it except in its aggregate form. Right now The Altus Group has revenues of $206 million and a market cap of $2.36 billion. This gives them a revenue multiple of 11.4. VTS reportedly has revenue of around $100 million and is now worth $1.7 billion, giving them a revenue multiple of 17. This obviously means that investors see more potential in VTS than Altus or that they don’t consider Altus’s consulting revenue, which in Q2 of 2022 was $93.5 million, to be as valuable as VTS’s software based income. I think you could make the case that VTS is worth this price, but only if they had a clear and executable plan for growth.

VTS is a company that has always had big plans so I don’t doubt that they already have a roadmap for how to spend this new investment. The money comes at a critical time for the company, not just because of a potential downturn in real estate but also because they are at a point where they need to establish themselves both in new markets and with new services. For VTS to be worth their current valuation they need to find growth and do so in a way that doesn’t alienate some of their large clients or stretch their brand too thin. This is a tricky task, but one that is only made easier by a fresh infusion of over $100 million of cash.

Which cities are recovering the best from the pandemic lows? That is a question on nearly every real estate investor’s mind right now. Here is a great resource that ranks the best downtown recoveries in real time and, honestly, the results surprised me a bit (sorry to count you out, Bakersfield).

A lot has been written about the ambitions (if not a bit crazy) project called The Line in Saudi Arabia. But one thing that we felt was underreported was the real estate implications of building a capitalist utopia inside an oppressive religious dictatorship. Check out our article about the real estate mess that The Line is set to become.

Propmodo will be hosting a VIP afterparty during the Blueprint real estate technology conference in Las Vegas Tuesday, September 13th starting at 9pm. Don’t miss your chance to be a part of this exclusive networking opportunity. Propmodo subscribers can attend the party for free. Request your invite here: https://www.propmodo.com/propmodo-subscriber-soiree/

The battle to get employees back to the office has made some tech CEOs weary of return to work mandates. (Axios)

The BlackRock CEO has a novel solution to inflation: bring employees back to the office. (Fortune)

China has issued special loans to developers in order to restart stalled developments that led to mortgage boycotts. (Reuters)