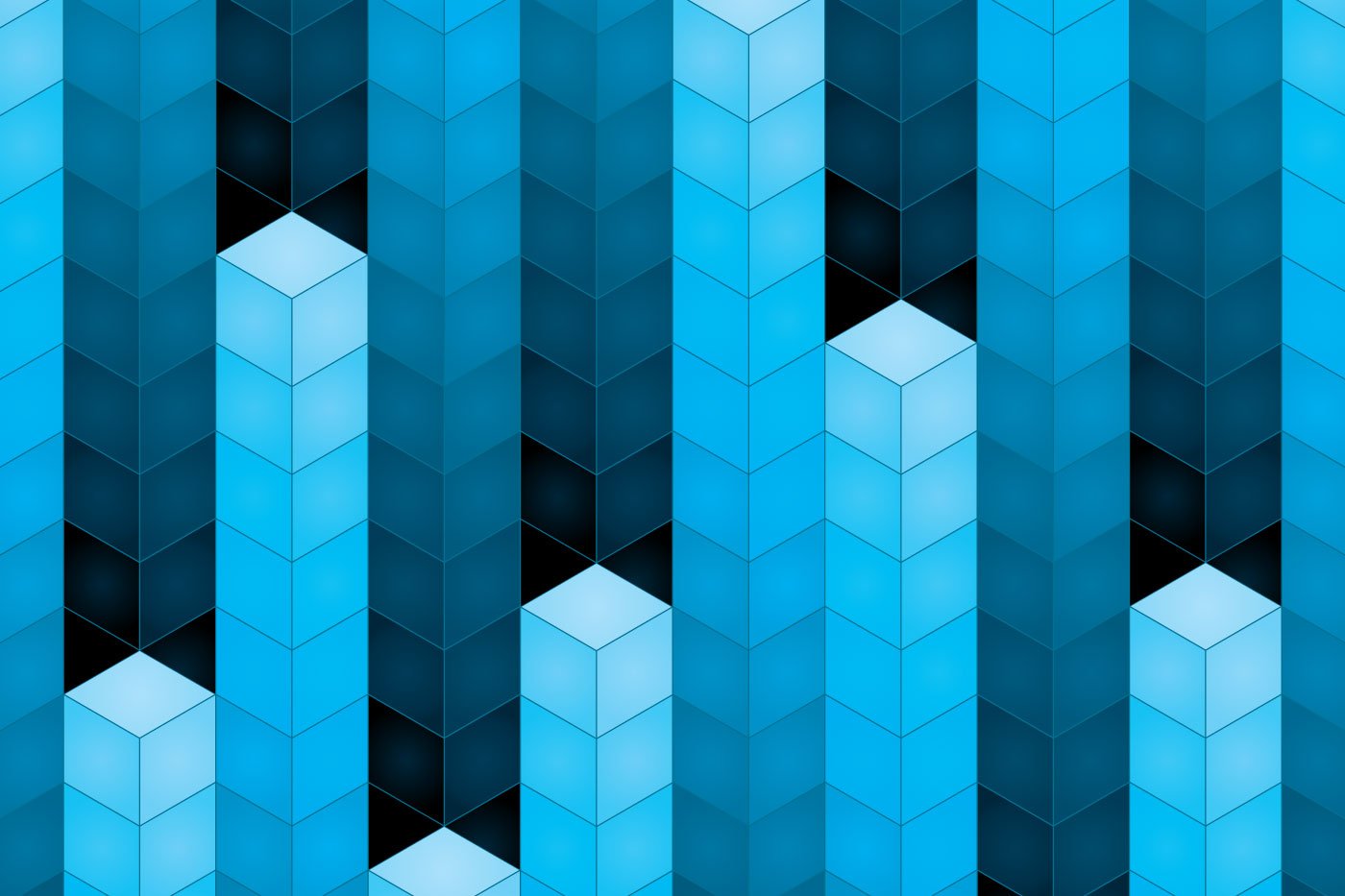 The real estate tokenization hype machine has slowed recently, but that’s because it churned so heavily a few years ago. Throughout 2018 and 2019, several examples of successful tokenization projects appeared in the media. One early example was a project by Aspencoin, which represented fractional ownership in the St. Regis Aspen Resort in Colorado. The ownership group behind the resort sold off 18.9 percent of the hotel through $18 million in digital tokens. The ICO was the first of its kind in the U.S. for a so-called single-asset real estate investment trust, according to the Aspen Times. The dream of real estate tokenization was starting to feel real.

But since then, there have been just as many tokenization failures. Perhaps the most notable loss was a high-profile joint venture between tech startup Fluidity and broker-dealer Propellr, who planned to tokenize a Manhattan luxury condo worth $30 million in 2018. The project was quietly shelved a year later, and both companies said the tokenized market wasn’t ready yet. “The market was just too young at the time,” Sam Tabar, a co-founder at Fluidity, told CoinDesk. “It didn’t have sufficient institutional appetite.”

Though the hype about tokenization has been quieter lately, that doesn’t mean progress has stalled. And it also doesn’t mean the benefits and potential transformative power of fractional ownership have faded. The total market cap of the real estate digital security market was more than $25 million in December 2020, according to a report from the Security Token Market. By June 2021, the market cap had grown to over $32 million, a 25 percent increase in six months. Regulation of real estate tokenization has become stricter, but there have been other successful projects in the past few years. These successes include RealT, which has tokenized about 75 properties since 2019. Polymath is another success story, having tokenized roughly $2.2 billion worth of commercial real estate in recent years for RedSwan.

The benefits of tokenization are evident to many. Tokenization lowers entry barriers for retail investors who want a small piece of the pie. Perhaps the most significant benefit is creating more liquidity in one of the largest asset classes in the world. Only $10 trillion of the estimated $317 trillion that global real estate is worth is available to a broader investment base, according to Bain & Company. Real estate tokenization would significantly increase the investment base by cutting out the middleman and enhancing the value of assets. But several barriers remain before tokenization can become truly transformative. There’s still much market confusion about the practice and several knowledge gaps. The tokenization market remains highly fragmented and, for some, not much different than crowdfunding. Until a major institutional investment gets injected into the market on both sides, large-scale adoption seems far away. Tokenization and the blockchain may transform real estate investment one day, but until these barriers are overcome, we’re not quite there yet.

Seeing through the smokescreen

The idea behind fractional ownership of real estate isn’t exactly new. In the early 1960s, REITs were established to attract investors and change the illiquid status of real estate. Tokenized real estate is different from REITs in that they’re open to anyone and usually have no minimum investment amount. Real estate tokens also provide an option for a more specific investment linked to a particular property, whereas REITs allow investing in a pool of various real estate assets. Tokenization is like crowdfunding, breaking up the value of a real estate investment into smaller chunks. Each fraction of a real estate asset is converted into a token, then encrypted with all the details that grant ownership. The capital needed for investing in real estate is out of reach for most retail investors, which tokenization aims to solve.

There was a big boom in real estate tokenization in 2017 and 2018, but it slowed down partially due to regulators entering the field. Investment in Initial Coin Offerings has declined, regulators have pushed the market toward Security Token Offerings (STOs). It’s possible to dodge full Securities Exchange Commission registration through methods like a ‘Regulation A+’ offering, but pulling off an STO is still complicated. Regulation has been an expected bottleneck. Companies interested in issuing tokens must consider myriad legal issues, such as smart contracts. Smart contracts are computer code on the blockchain that automatically enforces agreements between users. Before they’re issued, smart contracts must undergo rigorous technical security audits to identify any coding flaws, which is one of the many complex challenges of issuing a real estate token.

One potential benefit to tokenization is the so-called democratization of the real estate asset class. The low barrier of entry for some tokens enables a much wider pool of investors, with minimums as low as $100 in some cases. But there’s a downside to democratization from an investor’s perspective. A token sponsor has less governance and more control with many small shareholders versus a few big institutional investors. A lead investor has more rights and decision-making capabilities in a typical real estate deal, which doesn’t necessarily happen with a tokenized asset where there is no lead investor. In the future, token holders may vote for their rights in a smart contract, but this isn’t the case yet. It’s also probably unlikely a token sponsor would relinquish any rights to a large pool of potentially unsophisticated token holders. And enforcing those rights in a highly fractionalized ownership base could also be complicated.

Most of all, real estate tokenization is still a very nascent field, and the structural framework isn’t built out yet. There’s a significant knowledge gap and much confusion surrounding what it is, according to Max Dilendorf, Managing Partner of the Dilendorf Law Firm. Dilendorf’s firm specializes in digital assets, having jumped down the crypto rabbit hole around 2016, he said. He talks to real estate fund managers several times a week and explains what tokenization means. “There’s still a steep learning curve,” Dilendorf said. “It’s still Day One with the developed infrastructure to support a major breakthrough in this area. There’s so much noise right now with NFTs and crypto that if you’re a traditional real estate operator, it’s tough to see through this smokescreen.”

Still in its infancy

Tokenized real estate should provide liquidity by making assets available to several buyers and sellers, like a stock exchange. But there are still barriers to this dream being realized, according to Ryan Freedman and Daniel Fetner of Corigin Ventures, a real estate investment company. “We believe the road to creating a truly liquid marketplace in real estate will require very large transaction volume,” wrote Freedman and Fetner. And this large transaction volume simply isn’t happening yet for several reasons. First, each tokenization startup requires all deals to be made on their exchange. Freedman and Fetner said this is similar to companies being taken public by Goldman Sachs, but you can only buy and sell shares with a Goldman Sachs account. The concept of buying and selling real estate tokens like stocks through various platforms like TD Ameritrade or E*TRADE hasn’t happened yet. But every tokenization startup aims to create real estate tokens that can be bought and listed on multiple exchanges. Smart contracts and open-source code may allow this to happen, like how you can trade bitcoin from centralized and decentralized exchanges.

LEX Markets is one startup hoping to change this via its fractional investment platform. LEX turns individual buildings into stocks. Any U.S. investor can open an account and buy shares of individual buildings from asset classes like multifamily and office. Each building listed on LEX has a ticker symbol and stock chart, and it sits side-by-side next to other investments in a stock trading platform. About 1,500 people have opened an account on LEX Markets, and the number goes up every day, said CEO and Co-Founder Drew Sterrett. Sterrett is excited about his company’s prospects to democratize real estate investment, but he notes major institutional players entering the field will help tremendously. “COVID had an impact where it made real estate owners who are only interested in doing things a certain way change their thinking a bit,” Sterrett said. “The market uncertainty has made real estate owners look outside their traditional scope and reevaluate and say, hey, we need to catch up with the times.”

As Sterrett alluded to, tokenization startups that get institutional capital can create liquidity in their marketplaces. Either way, it’s important to note that tokenized real estate is very much in its infancy. The first tokenized project didn’t happen until 2018, and many institutional players and retail investors may be sitting back, observing, and seeing where this goes. A market as big as real estate isn’t going to be disrupted overnight. As Dilendorf, the crypto lawyer, told me, many real estate companies are paying close attention to tokenization and laying the groundwork for the future. Dilendorf and other tokenization believers think the transformation will happen, real estate investment and ownership are moving online, and the blockchain seems the best way to do it. What’s up for debate is the timeframe of when tokenized assets will become widespread. It could be a while in a sector like commercial real estate, where change is always slow-going. The tokenized real estate hype machine has been quieter lately, but don’t mistake that for lack of progress.