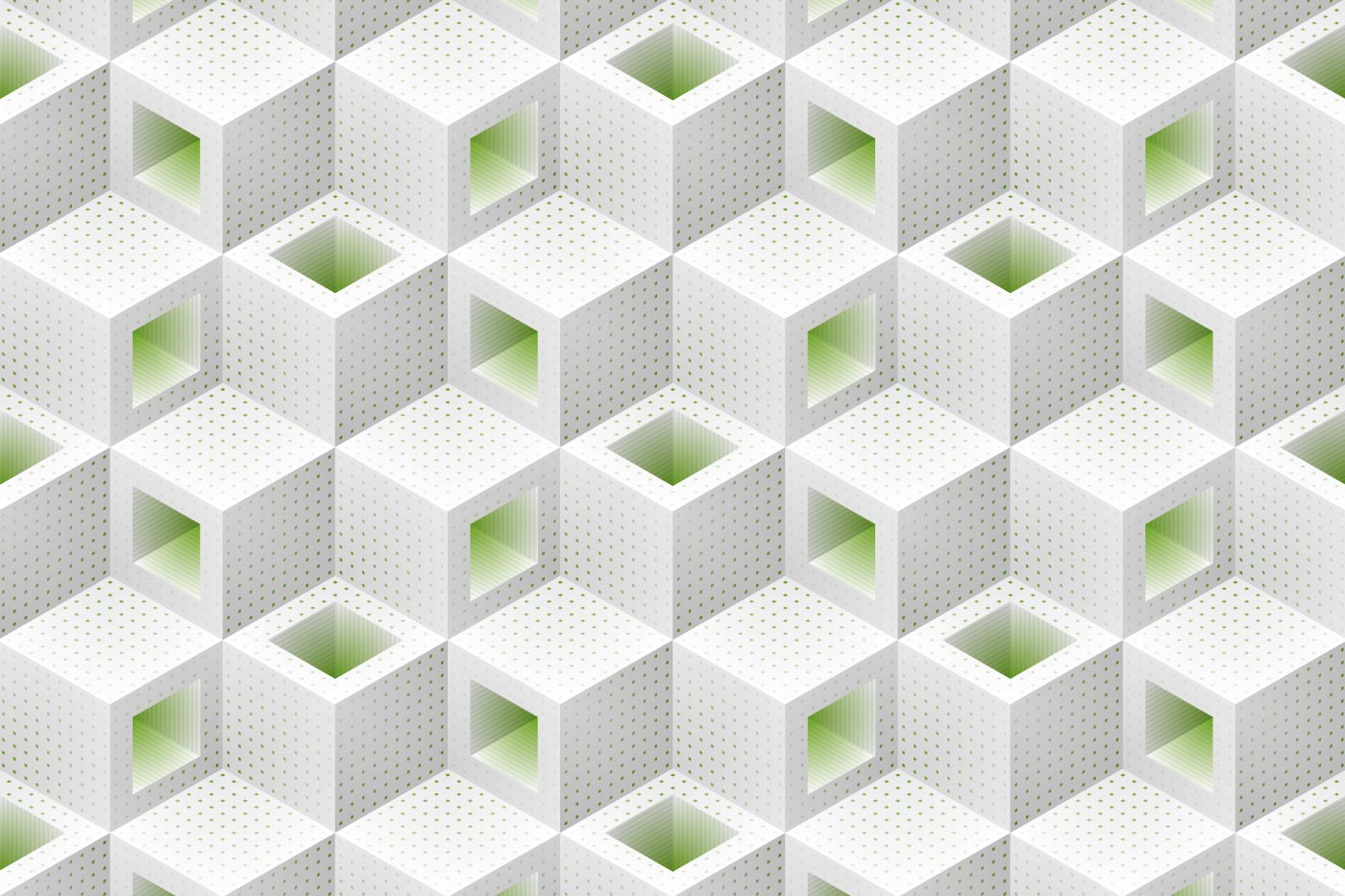 Every day there seems to be new evidence about the state of the warming climate. And real estate is one of the most exposed industries on the planet to climate change when it comes to the political and cultural changes around it. The numbers are incredible. Real estate consumes 50 percent of global energy, emits 40 percent of the world’s carbon dioxide, and utilizes 40 percent of all raw materials that the planet has to offer. If world governments get serious about making a difference, then our buildings will have to be one of their main focuses.

Our sustainability goals are fundamentally shifting real estate as we know it, especially when it comes down to how we choose to build it. More and more developers and builders look to prefabricated construction as a way to lower costs, reduce waste, and decrease the carbon footprint inherent in new constructions. The subject of prefab construction may sound like an edificial fad in the commercial sector, but the U.S. market has ballooned. But as much as it is being heralded as a way to speed up much-needed building and reduce the environmental impact of our buildings, it is important to remember that not all forms of prefab are as sustainable as they’re made out to be.

On a building spree

The modular construction method, which involves prefabricating large-scale components in an offsite manufacturing facility for on-site assembly, is gaining popularity at a staggering rate. The global market for prefab construction is slated to reach $153.7 billion by 2026. But what’s particularly interesting about the sector is its trajectory in the U.S. By 2019, the U.S. prefab buildings market had grown to $8 billion, according to JLL. Then COVID-19 happened, lockdowns ensued, and manpower on construction sites needed to be limited in order to abide by social distancing mandates. It was a problem that prefab construction was perfectly poised to solve. Decentralizing the building process to an off-site facility, fewer construction workers are required to be present on-site. Additionally, it’s much easier to implement COVID-19 safety guidelines in a controlled environment. Shop production is a more repetitive process that can be scheduled far in advance, offering a more streamlined schedule and definitive certainty during an uncertain period, so it’s no wonder that commercial construction leapt on the prefab bandwagon. Now, the prefab buildings market in the U.S. has swelled to $21.2 billion.

Prior to the pandemic, manufactured buildings were primarily used to fulfill temporary purposes, such as portable classrooms and offices, medical camps, or short-term social housing. But prefab structures have plenty of lasting commercial applications where uniformity is heavily desired, such as warehouses, office buildings, and, surprisingly, chain hotels. For instance, the Marriott TownePlace Suites and Courtyard Hotel in Hawthorne, California, which opened in 2018, comprised 354 prefabricated rooms. According to JLL, each of these rooms was constructed, furnished, and decorated in Boise, Idaho, before being trucked over to their destination in California.

The many avenues for cost-savings are usually the top claim to prefab’s fame. With prefab, different parts of each project can be built simultaneously, slashing construction timelines. Risks and interruptions associated with inclement weather are rendered obsolete when most of the actual construction takes place in a factory. In a particularly high-cost labor market, the fact that fewer staff are required to be present since prefab pieces only need to be brought and assembled to the construction site is an undeniable perk for developers. Furthermore, the hassle and expense of erecting scaffolding are reduced, if not completely eliminated.

Prefab construction is not necessarily less expensive than conventional construction, but time is money. When properly integrated, revenue and occupancy stages of development can happen much sooner, resulting in faster returns for investors. But prefab construction not only cuts down on construction time and cost, it also cuts down on material waste and operational energy. This is where the argument that prefab is the next “big” thing in sustainable real estate comes into play.

How green are we talking?

Prefab buildings generally have a smaller carbon footprint than conventional commercial builds. Constructing a building, or at least parts of a building, in a facility transforms the process into a more exact science. It’s much easier to quantify energy and carbon costs when the construction process takes place in a controlled, systematic fashion. On-site construction has so many variables that make predicting those costs next to impossible.

Another reason that prefab is touted as a green construction method is because of reduced material waste when compared to on-site builds. Off-site builds actually reduce waste material in two ways. For one, the design of a prefab building has been fine-tuned to establish a formula that produces far less waste than traditional construction, meaning that building designers have a more accurate understanding of how much material they will need and what kinds of off-cuts they can have, allowing them to actively reuse those resources in other portions of the design. Secondly, the whims of weather can wreak havoc on raw materials, but prefab builds aren’t exposed to the elements like conventional builds. For instance, no lumber needs to be discarded if there is zero chance of it being left out to warp in the rain, meaning that all of the lumber gets used. That’s good news since, according to the Environmental Protection Agency, refuse from construction and demolition sites constitute a significant waste stream in the U.S. In 2018, 600 million tons of waste from construction and demolition sites were generated in the U.S.

Prefab reduces transportation-related emissions to the construction site. According to a report by BuildingGreen, prefab builds have the potential to reduce emissions related to deliveries to the site by 90 percent, and, since prefab doesn’t necessitate as many workers to be on-site at all times (unlike a traditional build), emissions from worker commutes to the site can go down as much as 75 percent.

Individual shipping containers are made to be part of a larger system. Once you take a shipping container out of a stack, you need to reinforce the containers with heavy and often expensive steel beams in order for them to stand, so you’re not saving as many resources as you may have thought. Plus, you still have to frame out the walls with wood and finish with the drywall as you would for any other type of build. “Shipping containers are meant to be stacked up, so the only structural parts of each container are the corner posts.” Carr pointed out that all of the shipping container structures with walls blown out to accommodate large windows, something that’s quite common in commercial conversions, have had to have major structural reinforcements added to them. “At that point,” Carr continued, ”you are using the shipping container just for the corrugated metal aesthetic, and nothing else.”

The second problem that Carr outlines is that shipping containers were made to hold cargo, and not provide shelter. To make a metal box into a liveable space, the container must be insulated extensively. Then there are the additions of mechanical systems, electrical wiring, plumbing, and flooring. According to Carr, you lose up to a foot off of the total height, and six inches off of each side, leaving you with a much tighter box than what you had to begin with. But the funny thing is, truly recycling a shipping container for their metal studs would actually be a more sustainable means of construction. “If you just look at shipping containers in terms of material use,” said Carr, “you can build 12 equivalent cuboids with that same amount of steel that’s used for one container. So the fact that people will say that used shipping containers are great for the environment and are sustainable is completely illogical because you’re using way too much material. You could make a modular unit out of structural steel that fits human proportions, and use the money saved on well-insulated walls that would better support human health.”

Balderas explained that these wacky economics resulted from the fact that the U.S. imports far more than it exports. “The reason used shipping containers used to be cheap is because they were often retired on U.S. soil. When the pandemic hit, that was actually the first time empty shipping containers went back to China. So instead of retiring shipping containers that were at the end of their shelf life, they were used for even longer.” At the same time, production for the next shipping containers ramped up, but since the shelf-life of the used containers was extended, the supply for newer containers began to eclipse demand.

Even if the economics normalized, because used shipping containers are transporting cargo across the seas for even longer than they were before, chances are that they’ve degenerated so much that you’ll need to buy a new one anyway. “Used containers now are in worse shape than they used to be and are more expensive, new ones are so cheap” Balderas surmised.

Shipping container buildings are positioned at the intersection of affordability and sustainability, but using a new shipping container for a build completely undercuts the main argument that shipping containers are the apotheosis of recycled construction. If used ones are neither cheap nor eco-friendly, does that mean we should throw the baby out with the bathwater and abandon and denounce shipping containers as a means for sustainable real estate? According to Balderas, no. “Containers exist whether I use them or not, but either way, a factory-built structure is so much greener than any on-site build,” he said.

Balderas is adamant that new shipping containers are still better for the environment compared to traditional builds, and that’s because prefab buildings, whether they use shipping containers or not, can be a powerful remedy for real estate’s environmental challenges. As the prefab building grows and investors insist on greener real estate, many builders may rely more on off-site construction to mitigate climate change, or at least boost their eco-conscious image.