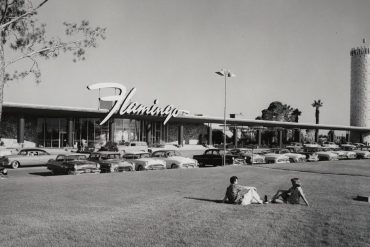 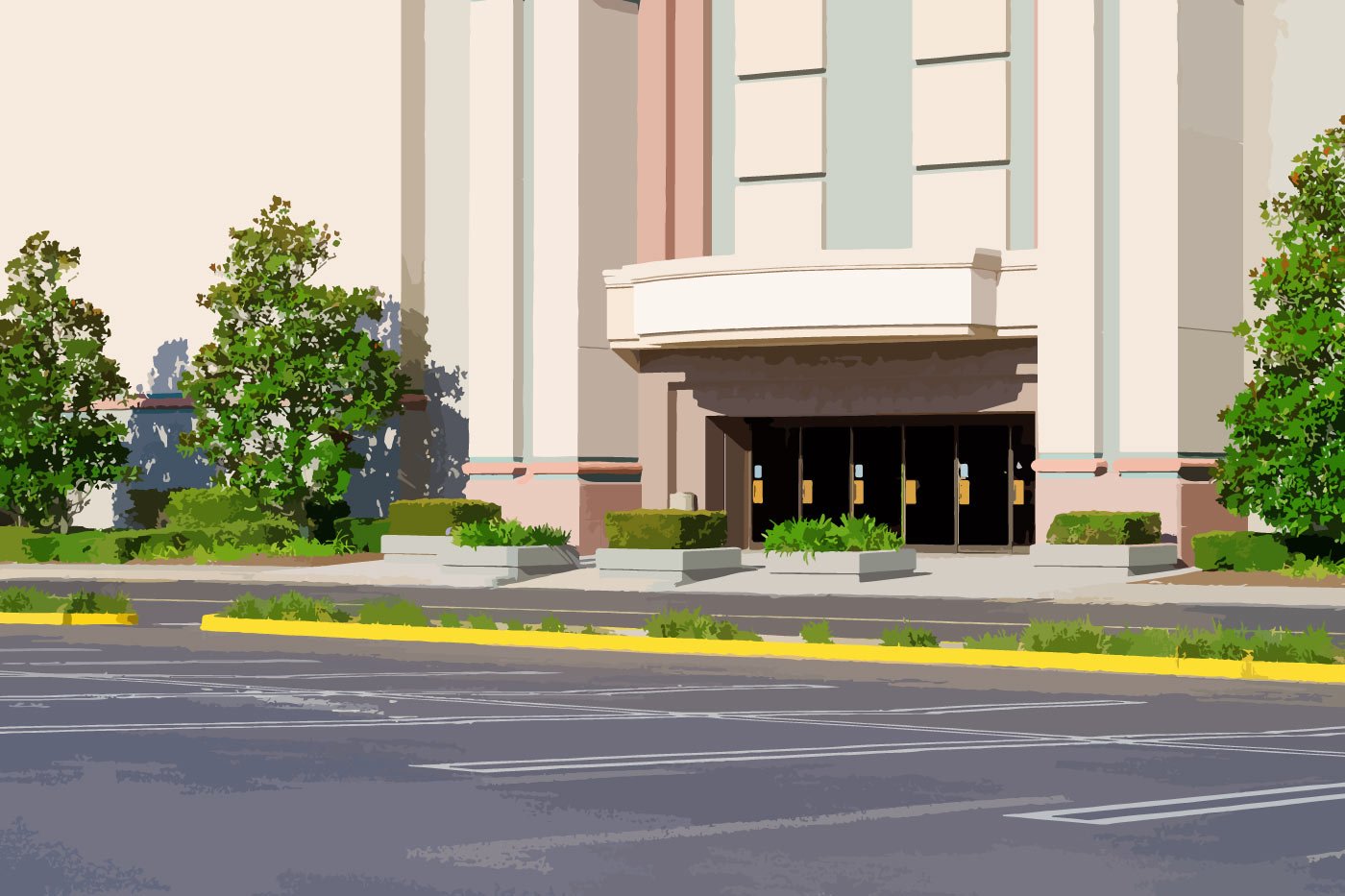 The image of a shuttered ghost town that many of America’s shopping malls have become is much different than the bustling epicenters of economic and social activity that they once represented. “The mall, in its heyday, was a portal to the lifestyles to which people could aspire,” writes Misty White Sedell of the Los Angeles Times, “a stomping ground for discovery.” Pandemic lockdowns were a devastating blow to brick-and-mortar retail, but the American mall was losing to e-commerce well before then. Now, many malls are an economic deadweight, and the question of what to do with them continues to puzzle investors and landlords. If shopping malls will never again return to their place as our consumeristic hubs, how can they be put to better use?

Any time a property of that magnitude sits vacant, it’s a huge problem for the municipality it sits in. A deserted mall can’t generate tax dollars for its locale just as much as it can’t generate rent for its landlord and revenue for its shareholders. At the same time, the ongoing mortgage debt from a mall that failed can outweigh the value of the property itself. Overall, the prospect of taking on a space of that scale was such a headache, especially with the decline of brick-and-mortar undermining confidence in the investment, that many lenders just elected to let defunct properties just sit unused. So what can be done about these skeletal remains of a bygone era?

Before the onset of the COVID-19 pandemic, the global supply chain was already fragile, but the burden from the subsequent lockdowns caused it to snap. As businesses tried desperately to keep up with the sudden surge of online orders, a disastrous domino effect ensued. The system couldn’t keep up with demand, causing every point of America’s transportation and logistics operation to buckle. A deluge of shipping containers piled high on cargo ships, overflowing the ports, and straining trucks and rail cars until they wheezed from the hefty weight. It quickly became obvious that the businesses that relied on a localized supply chain could keep their heads well above water while the rest struggled to stay afloat.

The businesses that found themselves in this global scramble tried to recoup their losses by ordering as much additional inventory as they could to safeguard against future slowdowns, but the problem of where to put all of this excess stuff prompted a race for storage space. By November of 2021, 96 percent of existing industrial space was in use, and in order to keep up with demand, the U.S. would need an additional billion square feet of new industrial space by 2025, according to JLL. Demand for new space prompted sky-high bidding wars, ultimately leading enterprises to get creative with converting other types of spaces to suit their storage needs.

Amazon, the online retailer that led the crusade for snatching as much vacant land and development space as possible, spent nearly $60 billion on capital expenditures in order to acquire property and equipment in 2020. Of course, Amazon had already been ballooning in recent years, but they had only spent $24 billion on capital expenditures to expand their real estate the year prior. What’s more, a significant chunk of that $60 billion went to purchasing properties. Amazon is so confident that e-commerce is the imminent reality of retail that they’re planning on operating out of the properties that they’ve purchased for the next 30-50 years minimum, compared to the 10-15 that a lease would allow them to run. But Amazon didn’t limit their spending spree to undeveloped sites, they also procured shopping malls.

The speed and frenzy of Amazon’s real estate acquisitions may make it seem like Amazon was just buying land wherever they could only to solidify a plan for it afterward, but purchasing a shopping mall with the intention of turning it into a warehouse makes logistical sense. Not only do empty shopping malls have an abundance of space, perfect for extra storage as more businesses sign on to sell their products with the e-commerce giant, but malls also have inherent proximity to large population centers.

Shopping malls came into fruition during the 1950s as suburban development sprang to life as a place for suburban residents to shop and socialize, which is how malls became known as the American cultural hub. Amazon knows that the speed at which a package you order from Amazon reaches your doorstep depends on your proximity to a fulfillment center, so buying a property that was intended to be in reach of residential developments is an understandable strategy. Yet while this shift might give the landlord of a mall that’s hemorrhaging money hope, only a small number of these sales and refurbishments have taken place. As of December of 2021, around 50 enclosed regional U.S. malls have been sold during the pandemic, most of them by lenders,” according to the Wall Street Journal, and the “limited number of ‘healthy’ malls sold may reflect unrealistic asking prices.” This is prompting many landlords to hold onto their underperforming properties in hopes that they could get more from the sale of their shopping mall after the pandemic.

Knocking down the existing mall only to build an Amazon warehouse from the ground up is also not an attractive option for landlords of malls that still have a pulse. Despite the rampant closures of retail giants of yore (Sears, JCPenney, Macy’s, etc.), many mall landlords believe that there is a creative solution that could keep the lights on while stimulating shopper activity for the smaller stores that are still operating. If the industrial warehouse sector, which has outpaced other markets over the past two years, can’t inject new life into shopping malls, what can?

In a trend known as ‘medtail’, a reflection of the medical industry’s shift to retail properties, health care providers are increasingly picking former storefronts for their offices and clinics. Landlords may not have been keen on this in the past for a series of reasons, such as the regulatory burdens or the idea of people sick with a contagious disease congregating on the property. But after a prolonged period of vacancies, landlords are a bit more eager to lease to healthcare tenants with deep pockets.

The medtail shift was a growing trend before COVID-19, but interest in preventative wellness surged as a new infectious disease upended everyday life for people around the globe. While these storefronts aren’t replacing hospitals, medtail can still assist in the provision of economical, specialized, and conveniently accessible facilities for the local residents, and that convenience is a mall’s biggest selling point.  “Convenience is essential to consumers… even when they’re choosing a medical office to visit,” says Les Shaver of GlobeSt, “That came to light in a recent survey from JLL, showing that 71 percent of consumers traveled 20 minutes or less to receive care.”

Yet the landlords can go much farther than converting individual stores to a dentist’s office. When the Marketplace Mall in Rochester, New York, had lost its major retailers, the University of Rochester Medical Center came to the rescue. In an undertaking that cost upwards of $227 million and multiple phases, the mall’s empty Sears store is slated to become an outpatient orthopedic center. By November, the ambulatory surgical center will open. The following spring will usher in the Center’s rehab and sports performance center, and by the fall of 2023, the ribbon for the four-story clinic space with 144 beds will be snipped. As of right now, the offices are currently open.

Marketplace Mall is not the first mall to be converted into a medical center, but it does illustrate a surprisingly beneficial symbiosis between the two sectors. The medical center gains a larger and more accessible location, the mall fills a gap that will benefit its other tenants, and, the community gains a facility that is more accessible and connected to where people are. Plus, as more of the Medical Center’s facilities open up, more employees and patients will follow suit, meaning more prospective customers in the active mall that the Medical Center is attached to.

When Misty White Sedell referred to the American shopping mall as a bastion for “discovery” in her piece for that LA Times, she was talking about fashion trends. Now, the shopping mall is a literal incubator for discovery when it comes to real estate. Amazon dedicated itself to deliberately underbidding its physical competitors in order to gain market share, but Amazon dismantling malls in order to build fulfillment centers is not the next phase in the mall life cycle. Shopping malls still have a place in the retail landscape, and things like medical office conversions might be one of the pieces to the puzzle that will reinvigorate them.