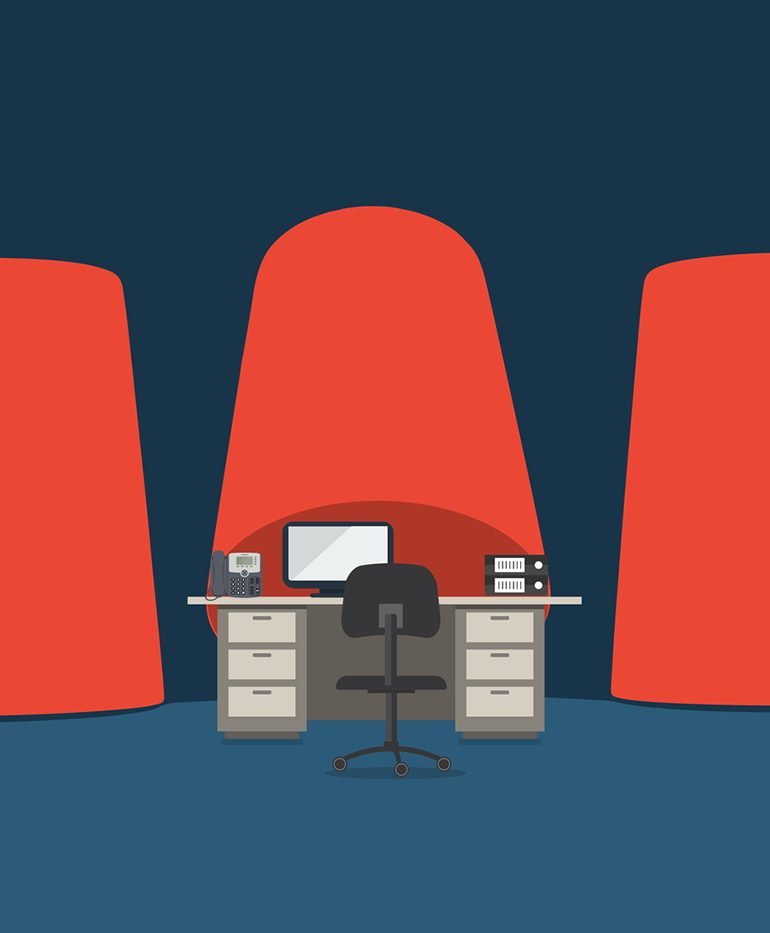 What do we actually do at work? This isn’t a sarcastic remark or a philosophical pondering. It is a practical question that Greg Gammill, Occupancy Program Manager at Regions Bank, asked himself one day. His team oversees around 13 million square feet and have 1,400 branches plus a handful of corporate offices so they think a lot about how their workspace is being used. To answer this question, you have to know the answer to another, more specific one: how much do we actually sit at our desks and do our jobs?

Department heads will tell you that everyone is in their seats all the time. We already take those comments with a grain of salt, but we had no idea how far off we both were.

He knew what the managers would say, he had been asking them for years, but he wanted to base his opinions on evidence, not gut feelings from people with an obvious bias. “Department heads will tell you that everyone is in their seats all the time,” he told me. “We already take those comments with a grain of salt, but we had no idea how far off we both were.”

So Greg and his team went out looking for a way to analyze a few of their offices to collect some evidence to take to the management. He ended up contacting CORT, one of the country’s largest office furniture suppliers after hearing that they had a new division called Tapdn that uses sensors and analytics to help office managers and corporate occupiers analyze exactly how their space is being used.

For this test project, Tapdn installed sensors in one of the company’s new offices in Charlotte. They put over 320 sensors in the office to figure out how much desks were being used and which areas of the office were being used the most. Greg previously had information about when his employees came and left the building, thanks to data in his keycard entry system. But he wanted to know more about what they were doing once inside the building. Tapdn placed the sensors under every desk in the office. Placing sensors on seats would not create the same results since chairs are often moved around and shuffled.

Understanding the conference room usage was also a priority for Greg. He had historically used confirmed meeting requests as a proxy for how many people were in meetings in conference rooms. He knew that this was likely giving him false numbers since he noticed so many of his employees calling into conference room meetings from their desks or using video services to attend remotely. Sensors were also installed in every conference room in order to get a better idea of actual meeting attendance.

To Gammill, it was important to create transparency in what he was doing to make sure to get buy-in from the team. “The last thing I wanted to do was have an associate drop a pencil and see a strange box under their desk and sound an alarm,” he said. He got the team together, both management and workers alike, and told them about what he was doing. He worried that knowing that they were being monitored might make people stay in their desks longer than usual so he reassured everyone that the data would be randomized so they could not be identified.

Once the study started he saw numbers so low, “I had to send a team to double-check to make sure the sensors were working.” He didn’t tell me exactly what percentage of the workday that his employees were at their desks but he did give me the hint that “it was under 50 percent.”

Rather than reading these numbers as a bad sign, telling the management how little their workers were at their desks, Greg found the opportunity in it. He relayed the information learned to the design team, who were laying out plans for a new floorplan in another corporate office. They changed the layout from 180 seats with 6 large conference rooms to 230 seats with 15 smaller breakout spaces. The result was a much more efficient office both in terms of space and productivity. “It feels more open but it is more dense,” he told me. “People don’t need as much desk space.”

They shrunk file rooms or eliminated them altogether. They made every seat but the admins and executives open seating. He even took away most offices, opting instead for low partitions that give the space a much more open feel. When he showed it to the managers alongside the numbers for their employees seat time there was little resistance. “One of them said, ‘I can’t argue with that,’” Greg said.

Propmodo Podcast: What Sensor Technology Can Tell a Company About Its Employees

This is just the beginning for the Corporate Real Estate Team. They are now looking to use the same technique in many more of their locations. “The info given is hard to put a price on. There is a cost but you get multiple times more in the savings from utilizing space correctly. You know you are on the right track when an executive asks at random why his building doesn’t have sensors,” Greg said in his cheerful Southern accent.

By answering the important question of how much people actually use their desks, Greg and Regions now have a whole new way of thinking about seat utilization. They have introduced more loungy break-out space—and are collecting data on its usage of course. Regions has also started to rethink the layouts of their bank branches and how to optimize the deskspace of the bankers that work there. Greg knows he will never look at an office the same way, all because he took the time to answer that one important question.