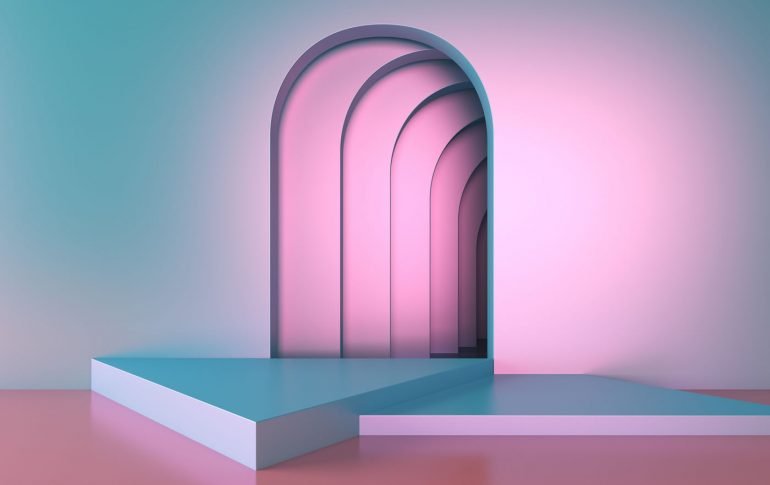 If the history of augmented reality and virtual reality in real estate were written as a three-act play, we would have just finished the first act. The actors have come back on stage for Act II but the curtain is still down. The real drama lies ahead, as AR/VR technologies finally enter the market. The course of Act II depends on how a handful of companies (like Trulia, Zillow, and the leading national brokerages) adopt or fail to adopt AR and VR products.

In Act I, there was a lot of talk but not much action. For decades, technologists boasted about the potential of augmented reality and virtual reality to transform the real estate industry. Boosters painted futuristic possibilities, from touring a new facility in 3D from the comfort of your home to sending your hologram to a meeting. However, the technologies remained theoretical, the stuff of technology conference panels, not market realities.

Now, as Act II opens, those promised technologies are entering the commercial market for the first time. For example, take Matterport, a leader in virtual reality home tours. Matterport offers a combination hardware and software package to help brokers create a create 3D, interactive online model of a property. Once scanned, a potential buyer can explore a home as she would any virtual environment, moving across rooms, looking up to the ceiling and out windows, and clicking on home amenities for more information (“The built-in electric fireplace has synthetic maple logs…”).

These virtual reality tours take a step beyond current “virtual staging” companies, like Padstyle and Roomy, that take traditional digital photos, clean them, and virtually redecorate them for marketing purposes. On Roomy, for example, customers can choose among six staging styles, like Rustic, Scandinavian, or Traditional. The virtual staging frees brokers from having to actually stage homes, which can be an expensive and time-consuming process. Virtual staging also gives brokers the ability to cater to the specific tastes of a client and paint a more compelling story about the possibilities of a property.

At the moment, however, the adoption of these early AR/VR technologies is slow. For many brokers in the industry without huge marketing budgets, the price point can be hard to swallow. For example, Matterport’s Pro2 Lite 3D Camera retails for $2,495, plus a $49/month “basic” cloud plan for processing the footage and creating online models. On the virtual staging side, Roomy sells a single home photo with a single staging option for $144 – compared to digital photos where the marginal costs are $0.

The current pace of adoption is not a surprise. It can be challenging for new technologies to penetrate markets before prices fall, technologies improve, and industry participants adapt, and that process in the real estate industry can take ten or more years. For example, the most significant technological innovation in home marketing in the past decade was the adoption of digital photography. Consumer digital cameras hit the market in the late 1990s and were ubiquitous by the mid-2000s. Starting in approximately 2010, digital cameras were integrated into smartphones. Today, humanity takes more than 10 billion digital photos per day. However, residential real estate brokerages did not start integrating digital photos of properties into their websites until the past few years. And despite the low costs of digital filming only the most select, high-end properties have custom-made videos available online today.

We should expect the same decade-long timeline for the adoption of AR/VR technologies. The most likely scenario for Act II is that super high-end properties slowly start to deploy AR/VR tours. As prices fall, more and more properties (or, rather, more and more brokers) decide the technology is worthwhile, prices fall further, and so on and so forth.

The only thing that could make Act II more interesting is an aggressive innovator that attempts to leapfrog over competitors by adopting AR or VR technologies at scale, rapidly driving down prices and forcing competitors to catch up. Instead of a ten to fifteen-year adoption curve, we could see widespread adoption in two or three years. Such a move could come from two directions. Historically, most brokers have competed through direct-to-consumer marketing and services, not through their technology platforms. That is beginning to change. Technology companies like Zillow and Trulia have begun leveraging technology to provide consumers with easy access to more options. These companies might view VR as a way to differentiate against traditional brokers and deploy the technology nationally as they look to aggressively displace traditional brokers. Conversely, a traditional national brokerage might view virtual reality tours as a way to cut off the technology platforms at the pass and make a major strategic investment. AR and VR companies are trying to encourage brokerages to explore these options. Just this week, Matterport introduced a new cloud-computing platform that integrates with 360 degree cameras from other manufacturers, like the Ricoh Theta V and Insta360™ ONE X, which start at under $400.

What is not in doubt is the ultimate outcome. Beginning in simple areas like home tours, virtual reality will in time transform our engagement with real space. That technological future is foreshadowed in virtual reality for digital collaboration. Companies like spatial.is, for example, are developing technology where team members across the globe don headsets and interact in partial or fully virtual environments, pasting digital notes onto walls and pulling down website pages like paintings in the air. Whether Act III begins in 2021 or in 2030, augmented reality and virtual reality in real estate are here to stay and will ultimately reshape how we interact with our homes, our experience of walking down a city street, and how we conceive of offices altogether.