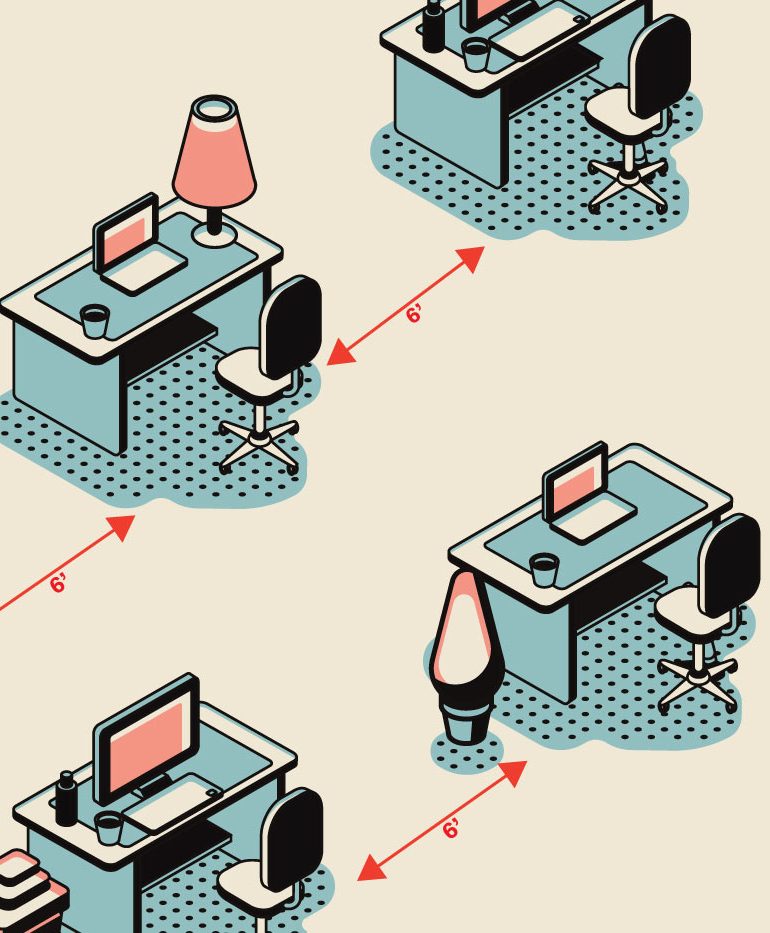 Everyone’s talking about the coronavirus outbreak, with good reason. COVID-19 has led to tens of thousands of deaths by now, and the resulting economic damage as well as the government’s response has sent such shockwaves through the system that things will never be quite like they were again. Right now, the priority needs to be on encouraging the public to take the appropriate responses to the outbreak (social distancing, hand washing, not hoarding supplies) and while we will likely be living with these adaptations for the foreseeable future, the reality is that a day will come when COVID-19, like H1N1, SARS and the West Nile Virus before it, is relegated at least mostly to the rearview mirror. But, it might also not go away completely.

No one knows when we will get back to normal, but most of us realize now that things will never be the same. The reality is that numerous parts of the economy, not to mention our everyday life will be affected in ways that may take years to develop. While only pockets of the country are experiencing the horror of a widespread outbreak almost all of us have had our work lives altered completely. “Work is such a big component of this pandemic, that is one that we are all realizing,” said Bryan Murphy, CEO of flexible meeting room and office space provider Breather. He has seen the demand fall for his spaces, especially in places like hard hit New York City.

But, he sees this as a defining moment for his company, “We just wanted first and foremost to find out a way that we could help,” he said. So, his company is now providing their private, furnished office and meeting space for free to organizations that are working on the front lines during the COVID-19 outbreak for the month of April. (A caveat is that the user has to pay for the cleaning, but I think everyone is okay with paying for sanitation these days).

Bryan thinks that once work commences again, it will favor his type of offering. “People might not want to share space as much after this like you do with traditional co-working spaces so we will likely see an uptick in demand for private offices,” Murphy said. Flex space occupiers like Knotel, Industius, Convene, and even WeWork have been growing their private office suite offerings for some time, so they have a hedge against the decrease in demand for traditional co-working spaces. “Plus, a lot of occupiers will likely be worried about a recession, and I don’t think too many companies will be wanting to sign a five or ten year lease anytime soon.”

He didn’t seem too concerned about the shift to remote work. Many have predicted that some workers will remain home after seeing the benefits of working from their kitchen table during their time on house arrest. But the rise of remote work also increases demand for suitable meeting spaces, like the type that Breather offers.

How will offices change to accommodate for social distancing? We might see offices doing away with conference rooms altogether, opting instead for virtual meetings. Or, will it finally be the death blow to the controversial open office, something that we explored in-depth in our latest research report Open Office 2.0: The New Best Workplace. Who knows instead of cubicles we might see companies deploying individual private work pods as a way to keep workers from infecting each other.

The need for space might increase as well. Office managers have been using hotdesking as a way to increase the density of their workplaces. With our new six foot safety zones we might see density start to be seen as a bad thing, companies might even impose a minimum standard to ensure compliance.

For now, though, every shared office company is trying just to stay above water in the short term. WeWork has millions of dollars in lease obligations to pay. Most of its smaller competitors, including Breather, have revenue split agreements with landlords, so they will share the downside together. Either way, these are big, capital intensive companies that need revenue to survive. We asked Preston Pesek, cofounder of the co-working concept Spacious, which was acquired by WeWork and then later shuttered during their IPO disaster, what he thought the short term effects of this shutdown will be. He answered, “Access to working capital is going to make the difference between success and failure for many businesses this year across the economy, regardless of whether or not they operate, or occupy, shared coworking spaces.”

It’s likely that the coronavirus will cast a long shadow on the way work gets done for months or even years to come. Living with, and responding to the risk of a new, highly-contagious, potentially fatal disease might just become the new office reality. We know that we will eventually be going back to work, but we don’t yet know what that will look like. For those whose old normal was working at a crowded co-working space, sitting elbow to elbow, and swapping turns on the ping pong table, life might never look the same again.