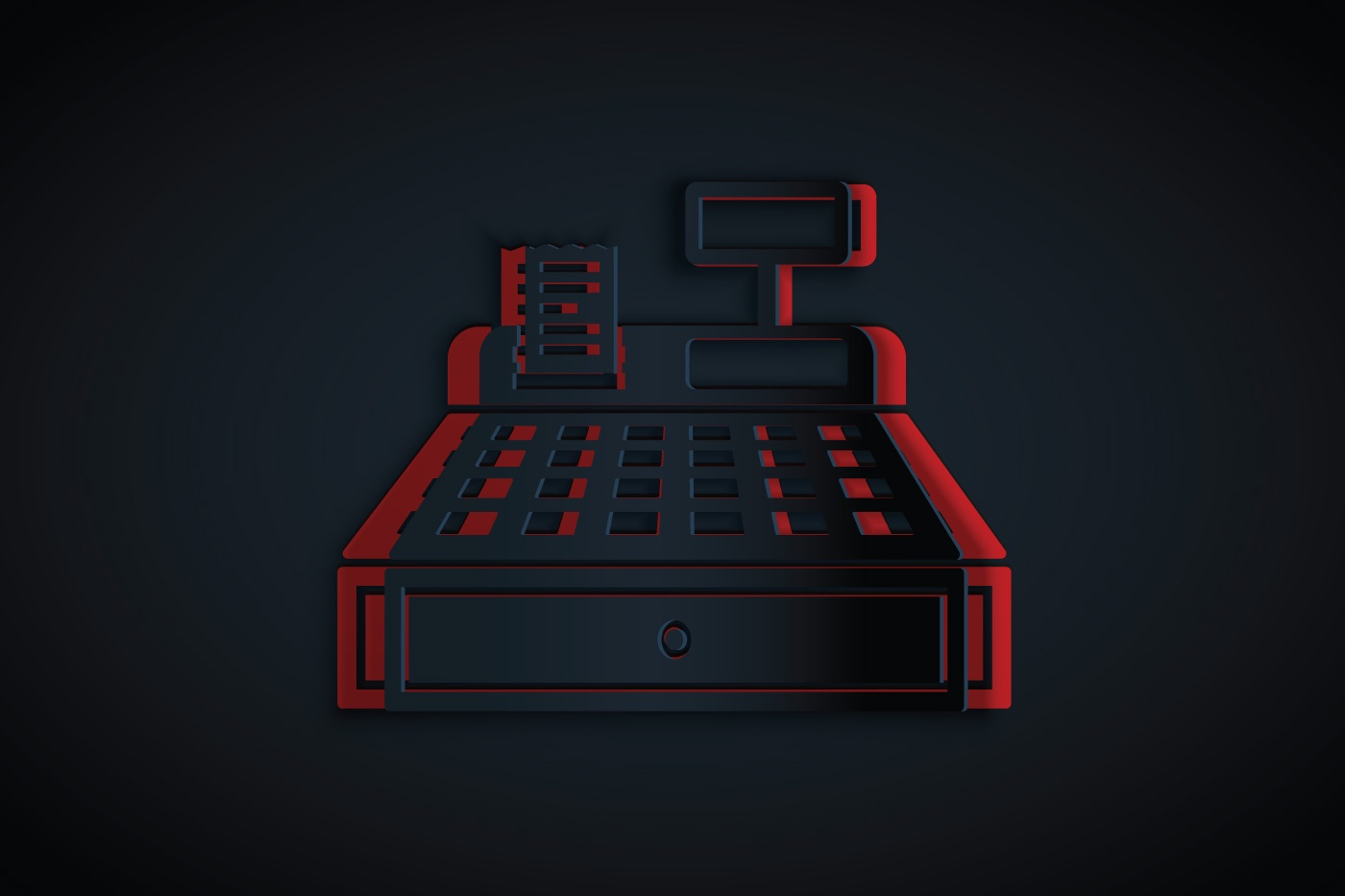 Winter is arriving early this year for the economy, no matter what the thermometer reads. With the coronavirus infection spreading wildly throughout the country, people are returning to their home bunkers and economic activity is slowing back down—and again the retail sector will bear the brunt of the impending economic damage.

You wouldn’t know it from the headline retail sales figures though. After plunging at record rates in the early weeks of the pandemic, retail sales (seasonally adjusted) have climbed back almost as fast and now sit more than 4 percent higher than before the recession. These gains are all the more remarkable in the middle of a recession when nearly twice as many people are unemployed now than at the beginning of the year, and millions more workers have dropped out of the labor force or otherwise experienced sharp income declines.

Look beneath the topline trends and conditions are not nearly so positive, particularly for physical retailers. Sales grew by less than 0.3 percent in October, after averaging 1.4 percent gains over the last three months. Meanwhile, sales at the nation’s shopping centers actually declined by 0.6 percent—their first monthly decline since April—once we exclude e-commerce and sales at other “nonstore retailers.”

With the uncontrolled spread of COVID infections, just as Americans face the expiration of unemployment benefits and other income support from the CARES Act, conditions are likely to deteriorate further in the coming weeks. Already credit card transactions and other high-frequency spending data show consumers are pulling back and staying in. Another stimulus package from Washington would help, but likely will arrive too late to save the holiday shopping season—if a new aid package comes at all.

Despite these darkening skies, it would be a mistake to paint the dynamic retail sector with too broad a brush as there will be considerable variation in how different segments fare during this next downturn. Here are some likely winners and losers this winter, which should parallel, if not exactly mirror, trends at the beginning of the pandemic. Here is a breakdown of which types of retail will win and which will likely lose, in the both short and long-term, due to this second widespread outbreak.

Lockdown Winner: Grocers.  Forced to shelter in place by government lockdowns and then by fear of contracting the virus, when the pandemic first hit consumers reacquainted themselves with their stoves and cookbooks—or just their microwave. And now, as then, we’re going to be eating a lot more meals at home and stocking up on necessities, to the benefit of supermarkets and other grocers. Sales of food and beverages for home consumption initially surged along with spikes in spending on household products as nervous households stocked up on necessities. Grocery stores were the clear beneficiaries, with sales up almost 30 percent in March over January levels. Sales volumes cooled considerably once the economy began to reopen, falling some 15 percent, but remain up close to 10 percent over the beginning of the year—and sure to spike again.

Lockdown Losers: Restaurants and Entertainment. On the flip side of the grocery surge, restaurants and bars have been the biggest losers during the pandemic. Other establishments that depend on close social interaction—gyms and spas, movie theatres, music clubs—fell more on a percentage basis, but no retail segment sustained a greater absolute loss in sales than food service establishments, with monthly sales down $35 billion from February through April, or more than 50 percent. Blame lockdowns, fear of contagion, and mobility restrictions. The lost traffic has been especially painful for landlords as restaurants, as well as experiential retail and entertainment, were rare sources of strength for shopping centers in recent years and were viewed as the new anchors that would activate lackluster shopping centers.

Movie theatres are still largely closed, and surveys show that most consumers are not yet ready to resume most pastimes. Restaurants staged a partial recovery, with receipts down just 15 percent in September compared to pre-pandemic levels. But the onset of cooler weather—and the latest wave of COVID curfews and restrictions —portends a rough few months for eateries as Americans hunker down again. Sales fell in October (though just slightly) for the first time since April, and credit card data shows continued declines this month. Delivery services will sustain some restaurants, but many will find the income too little and the profits too lean to survive on just take-out.

Long-Term Winner: E-commerce. Online retailers are sure to emerge from the pandemic with the biggest gains, even if e-commerce sales eventually slip from their current lofty levels. Retail spending had been increasingly moving online before COVID hit. The pandemic lockdowns and consumer fears of contracting the virus dramatically accelerated the channel shift, as more people tried buying more stuff via their PC or phone. Online sales jumped 35 percent in the second quarter relative to year-end 2019 while in-store sales were down 12 percent, boosting the shift to e-commerce by the equivalent of a decade’s worth of increase in just one quarter.

Inevitably the online share fell this summer once mobility restrictions eased and consumers felt more comfortable shopping in person—but not by much. After jumping by 4.8 percentage points in the second quarter at the height of the lockdowns, the e-commerce share fell by only 1.8 pps in the most recent quarter. Online sales now account for 14.3 percent of all retail spending, up from 11.3 percent at the end of last year.

With governments across the country again imposing various forms of mobility restrictions, e-commerce is sure to regain some of its recent lost share. Nonstore sales—over 80 percent of which are online sales—jumped 3.1 percent in October compared to a 0.6 percent decline in all in-store sales.

Long-term Loser: Apparel and Department stores. Working from home and limited in their entertainment options, people have little occasion to dress up anymore—to the detriment of department and apparel stores. Both have struggled with weak sales in recent years anyway, but sales have hemorrhaged since the pandemic hit, with apparel store sales plunging 28 percent this year compared to the same period in 2019, while department store sales cumulatively are down 17 percent. As with restaurants, these segments did mount impressive recoveries this summer as the economy reopened, with sales up 16 percent in the third quarter alone, but both segments reversed course in October, shedding more than 4 percent of sales.

Recession Winner: Discount Stores. Beyond department stores, other general merchandise stores have been faring better. These discount stores, which includes dollar stores (like Dollar General), warehouse clubs (like Costco), and superstores (like Walmart), typically sell more moderate-priced wares that see heightened demand during economic downturns. Discount store sales are up 7 percent this year compared to the 1 percent decline in department store sales and look to strengthen further this winter as the economy slows.

Unexpected Winner: Home improvement. One unlikely winner in the pandemic recession has been the home improvement segment. Many households needed to renovate their house so they could work from home. (The sales of computers and peripherals also soared.) Some families needed to cheer themselves up with upgraded gardens and entertainment rooms. (Sales of televisions, games, and plants also rose this summer.) Whatever the reason, spending at home improvement stores is up more than 12 percent this year and strengthened further in October as it became clear that COVID would be forcing us to stay home again.

And some interesting contrasts: The Bureau of Economic Analysis makes detailed estimates of consumer spending (“personal consumption expenditures” or PCE). These PCE reports, which track consumer spending regardless of the type of store, are the counterpart to the Retail Sales reports produced by the Census Bureau, which gauges spending by type of retailer, regardless of what’s sold within each store type. For example, groceries may be sold in supermarkets, drug stores, discount stores, and gas stations, while grocery stores sell many types of household products in addition to groceries.

Here then, some insights into how our lives have changed since the pandemic—as revealed by shifts in spending patterns. Some may not surprise, but all carry real implications for retailers.

Hair color vs. beauty salons: We may not be going out as much, but we still need to look good on our video calls. So even though receipts at salons and barbers were down 62 percent in the third quarter relative to year-end 2019, sales of personal care products including hair treatments are up 6 percent.

At-home vs. outside entertainment: We’re not getting out as much. Receipts at live entertainment venues are down 90 percent and movie theatre receipts are down 99 percent. But sales of games and toys are up by more than a third, while TV and video equipment and video streaming sales are all up more than 10 percent.

At-home vs. club exercising: We haven’t quite given up working out at gyms, but we’re not rushing back either. Sales of exercise equipment are up more than 20 percent while receipts at health clubs are down more than 20 percent since last year. As with restaurants and other services, we’re not likely to resume our old routines until it’s safe—and we have our income back.

The strong rebound in retail sales since the spring lockdowns has brought new life to many stores but overall provides a misleading picture of the challenges facing the nation’s retailers and their landlords. Though grocers, home improvement stores, and discount stores have flourished during the pandemic, most other retailers are struggling—if they haven’t failed already.

Weak sales have forced more than 8,300 stores to close permanently this year so far—nearing the record 9,500 that shut their doors in 2019—with some familiar brands like GNC, Gamestop, and Pier 1 among many others closing hundreds of stores apiece. Meanwhile, at least 37 retail companies have filed for bankruptcy in 2020, some representing multiple brands, led by iconic department stores like JC Penney, Lord & Taylor, and Neiman Marcus. Most will likely survive in some form, but smaller and chastened.

Retailer woes have translated into problems for their landlords. REIS is reporting that vacancies rose in the third quarter to their highest level since 2013 in neighborhood and community centers, and their highest level in two decades in malls. And even the stores still operating often can’t afford to (or just won’t) pay rent. NAREIT, the industry group representing many of the leading shopping center owners, reported that almost 20 percent of shopping center rents went uncollected in September—by far the highest of any property sector.

Little wonder, then, that this month saw two major shopping center owners, CBL and Pennsylvania REIT, file for bankruptcy protection, the first bankruptcies in the sector since GGP filed in 2009 at the height of the Great Financial Crisis. We can expect more such news this winter with the next wave of store closures and retailer bankruptcies induced by the slowing economy, colder temperatures, and more COVID restrictions. The hit to restaurants and other services is likely to be especially severe. Many are thinly capitalized small businesses that will not be able to sustain continued limitations on their operations.

To be sure, there is still a vast reservoir of consumer demand for most types of retail products. As this analysis tries to make clear, there are plenty of winners and economic adversity brings new opportunities. Though it receives less attention, more than 3,300 stores have opened this year despite all the many store closures. The lesson for investors—whether in retailers or shopping centers—is to be especially selective, and not take the retail recovery headlines at face value.