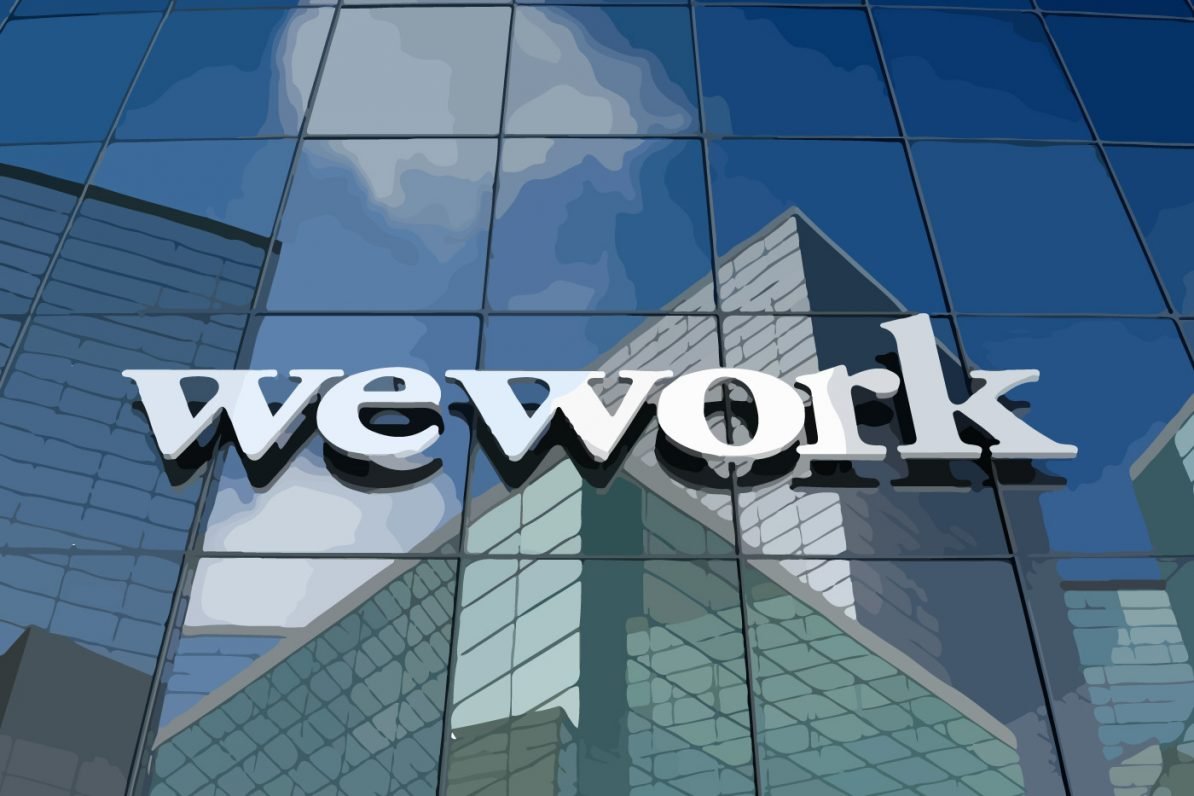 Nearly three years after a very public implosion that resulted in a failed IPO and the ousting of the company’s co-founder and CEO, WeWork is grinding its way toward profitability. The 14-year-old company still has brand name power and is one of the largest co-working companies in the world in terms of square footage and locations. But it has struggled to turn a profit. However, several months after the company went public via a SPAC merger, recent moves by WeWork’s new leadership are showing positive results for the New York-based firm, which is betting on the popularity of more companies taking flex space and members opting to work from anywhere in the world.

WeWork’s most recent earnings call showed the company has been making progress, with memberships jumping 33 percent from the prior year to 658,000, surpassing pre-pandemic numbers. The company reported a 37 percent increase in revenue from the year prior and a rise in occupancy to 72 percent, the same figure the company posted in late 2019. Its total net loss was $635 million, a 31 percent decline from the previous year. “As we head into the second half of the year, we remain confident in our proven ability to execute against our goals of growing revenue, increasing occupancy, and continuing to drive towards profitability,” said WeWork CEO Sandeep Mathrani.

The focus for the company now is on locking down more all-access memberships, which allows members to work from any WeWork location in the world, and bringing the average revenue per desk figure (currently at $497) up to $500, leaders said during the call. That figure, in particular, is a crucial part of what will help the company break even, said Coworkintel CEO Ben Tannenbaum. Tannenbaum’s firm receives data from co-working firms and aggregates it, creating benchmarks for industry players to compare their performance to one another. “Costs are going in the right direction,” he said of WeWork’s latest performance figures. “The main thing I was surprised to see was costs decreasing but locations maintaining themselves.”

WeWork has a footprint of around 44.5 million square feet worldwide across 777 locations, with close to 20 million square feet in the US. Major companies are among WeWork’s customers, including Microsoft, Samsung, Pfizer, and Salesforce. Over the last several quarters, the company has not been adding new space to its portfolio anywhere close to the blistering pace it once was—or once hoped to be. In 2019, WeWork was leasing between 500,000 to 1 million square feet of new space every month, according to CB Insights. And at one point in 2018, WeWork was the largest office tenant in New York City.

Though flex space only accounts for less than 2 percent of office space nationwide, it is experiencing huge demand from users and is another big part of the company’s strategy going forward. “In the same way brick-and-mortar was disrupted by the speed and convenience of e-commerce, flex is capturing office demand with direct-to-consumer solutions,” Mathrani said in the company’s second-quarter earnings call. “Sixty-nine percent of new membership sales this quarter took occupancy within one month.” Mathrani went on to say that he tasked his team with increasing its capacity of all-access memberships to 100,000 in order to add to its overall revenue, something he is “very bullish” on. WeWork is eyeing markets in the Sunbelt and Silicon Valley as areas where they are looking to bring up rates per desk, as these markets have higher occupancy rates, with some posting rates of 80 percent and higher.

While WeWork originally marketed its locations as a place for startups and small businesses, the company’s strategy evolved over the years to focus on landing large enterprise clients as well. WeWork’s current CEO, Mathrani, took over leading the firm in February 2020, just a few months after co-founder and former CEO Adam Neumann was ousted from the company following its failed IPO. Formerly the CEO of commercial real estate firm GGP as well as the retail arm of Brookfield Property Partners, he laid out a five-year strategic plan to strengthen the company. The next month, COVID hit, leading to occupancy taking a big tumble, falling to a low of 46 percent in the fourth quarter of 2020, according to Coworkintel data. Despite this, the company’s name and brand recognition seem higher than ever, helped by a recent TV series based on the rise and fall of WeWork that focuses on Neumann and his wife, Rebekah, and a documentary that came out last year. While they aren’t exactly flattering portraits of the brand and its former leader, it seems the “all press is good press” adage might be true in this case.

Co-working and flex space has proved to be a lasting and important component of the office ecosystem. Two years ago, the number of people working in co-working spaces was estimated to be about 2.2 million. Looking ahead to 2025, that number is expected to more than triple. Much of the industry’s strength lies in its model, which closely resembles hotels, said NYU Clinical Assistant Professor Tim Savage, who teaches at the university’s Schack Institute of Real Estate. “Hotels have proven that such a model can be successful, and that’s at its core what WeWork and other co-working brands are attempting to do,” said Savage. “They’ll lease space for a longer duration and amenitize the space, and then they will lease it at a higher price, amortized, than they’re paying for it in exchange for the optionality of short-term leases. It’s the core of what the co-working model is.”

Since Mathrani took the reins in 2020, the company has predicted it would begin to turn a profit by 2022, but it doesn’t look like that will happen. However, some industry analysts believe it could happen as soon as 2023. “Costs have gone down, but inventory hasn’t gone down, it’s actually up since 2019,” Tannenbaum noted. He sees three options on the path to profitability for WeWork: cut costs, raise desk prices, and/or increase occupancy. One of the ways the company is cutting costs is by putting a hold on expenses (outside of what the company has allocated toward building out spaces for leases that were signed pre-pandemic) going into next year. “We do have levers to pull but don’t anticipate signing any new deals at scale that would necessitate CapEx,” Mathrani said during the earnings call. “Anything we’re looking at now is close to 2025.”

WeWork recently rolled out two new partnerships that are a part of its future: a space management app for its members created with software firm Yardi called WeWork Workplace and a partnership with Upflex that offers members booking capabilities as well as access to Upflex’s portfolio of third-party spaces. Additionally, a spokesperson for WeWork said the company is working toward more management agreements with its members, something that has been growing in popularity for the last few years in the co-working industry.

The profit-sharing agreements are similar to those common in the hotel industry between building owners and hotel operators. “This type of thing is fairly common in certain areas of commercial real estate, especially on the retail side,” Savage said. “And it makes sense from an economic perspective. It solves something we call the principal/agent problem; it aligns the incentives of the tenant and landlord.” In a typical management agreement, a co-working brand does not pay a lease but instead agrees to share revenue with the landlord. It’s a way for landlords to fill space and reduces the risk for co-working companies by cutting out costly lease payments from their expenses. However, there is a risk for the landlord if a co-working firm isn’t bringing in new members and is losing money. Landlords with management agreements may also end up paying slightly higher mortgage costs, something that has been proven to be the case in the hotel industry.

As long as WeWork stays focused on what made it so successful, it should continue to be a powerful force in the industry. Mathrani has been a steady hand since taking over more than two years ago and doesn’t seem to want to diversify the company outside of what it does best, like its former leader, Neumann, who admitted recently that his former company’s meteoric rise “went to his head.” Neumann is back in the spotlight again after raising $350 million for a new apartment venture called “Flow.” The news raised eyebrows among many in the industry, but it also wasn’t a total surprise. Earlier this year, entities tied to Neumann acquired $1 billion worth of multifamily properties, mostly in the Sunbelt region. “I think WeWork grew very rapidly but also lost some degree of business focus,” NYU’s Savage said, pointing to the company’s addition of residential buildings with WeLive and schools with WeGrow. “It amounted to being a lack of focus on core buildings.” Though there are certainly major hurdles for WeWork to get over, the company seems to be focusing on the right ways to get past them.