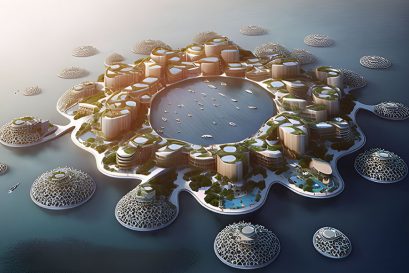 The battle for a coveted New York City casino license just got another contender. New York-based Vornado Realty Trust is reportedly exploring a bid for a casino near Madison Square Garden, in the heart of Manhattan. Vornado is looking to propose developing a casino at the site of the to-be-demolished Hotel Pennsylvania in Midtown. In terms of a gaming partner, the New York-based REIT is talking to billionaire real estate and casino mogul Neil Gary Bluhm. Vornado representatives told the New York Post the firm does not have a deal in place yet for a casino but is “studying the possibility” of applying for one of the much-anticipated licenses.

Vornado, one of the city’s largest commercial landlords, is already set to develop several office properties near Penn Station as part of a major $7 billion redevelopment plan. If the REIT does decide to make a bid, it will join a group of high-profile developers and owners, including SL Green, the Related Companies, Thor Equities, and most recently, Hudson’s Bay Company, which is looking to put a casino atop Saks Fifth Avenue. New York State officially began the bid process earlier this month, setting the application fee at $1 million. The deadline for a first round of questions from prospective bidders is Feb. 3. So far, elected officials representing Midtown Manhattan have been less than supportive of the idea of a casino in the heart of the city. But developers will need their support; bidders must gain approval from a majority of a community advisory committee in order to move forward.