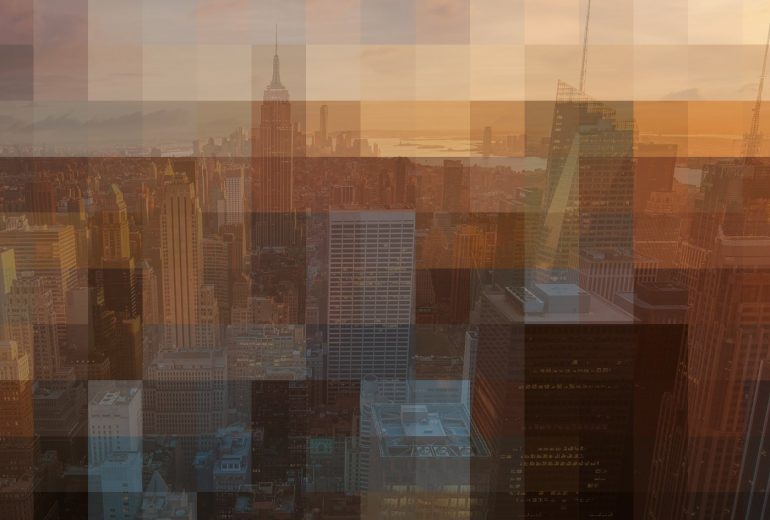 Jonathan Wasserstrum is living every young founder’s dream. He wakes up every morning, rents the shared CitiBikes that polka dot New York City now-a-days and rides to his office in the hip Chelsea neighborhood. There he and two friends from back home in Texas work on their fast growing startup, TheSquareFoot.

A cross between a commercial real estate brokerage and a tech company, TheSquareFoot has been able to, within a few years time, establish itself in one of the most competitive leasing environments in the world: New York City. Growing a brokerage as fast as TheSquareFoot is nothing short of a miracle. But, don’t let that fool you into thinking that it had anything to do with luck. Jonathan, and the whole team at TheSquareFoot, had a number of good decisions and important backers along the way.

All three of the founders have ties to Houston (which apparently I have been pronouncing wrong my whole life, they tend to say it more like Uston). Jonathan grew up there, but was pulled away for college in Atlanta. After graduation, he moved to Washington D.C. and worked at JLL in their International Capital Group. He relocated again to his now current home to go to Columbia’s School of Business.

While in school he got a call from his friend Aron Susman, who was working for a healthcare technology company in Southern California. Aron had been put in charge of finding a new office space for his company and he was having difficulty finding anything that fit the bill. He knew Jonathan had real estate experience so he asked if Jonathan could walk him through the process.

“After I told Aron how the leasing process works, it was so inefficient that he didn’t even believe me. I told him to ask someone else in real estate. He then called Justin, our 3rd founder, and got the same answer,” Jonathan explains.

The first in a long line of good decisions made by these three friends was taking the initiative to try and make the leasing process better. They started TheSquareFoot to see if they could address pain points in the leasing process. Once they saw that they were able to use technology to improve both user experience and the process itself, they quickly found themselves jumping into the project full time.

Another good decision was how they decided to structure the company. To determine the best application for the technology they listened to the market, rather than trying to change it. “We recognized that landlords and tenants both wanted brokers involved in the transaction, so we didn’t try to fight it,” Jonathan said. Instead of trying to minimize or circumvent the role of the agent, TheSquareFoot embraced the long standing double broker transaction. “The landlords and listing agents alike are used to dealing with brokers. Something like 98% of all deals that get done have 2 agents. Those brokers provide a good lubricant to get the deal done. Clients can benefit by having a really good team to advise them.”

The next example of good judgement from the team was knowing when to seek help. Jonathan was very candid in admitting, “I have always been pretty open about what I know and what I don’t know, the latter category being a lot longer than the former. I have a good understanding of real estate, but it is all of our first time building a technology company.” Knowing their limitations led to them applying for and eventually joining New York’s Entrepreneurs Roundtable Accelerator. There they were able to hone their offering, tap into a great network and find funding.

Those brokers provide a good lubricant to get the deal done. Clients can benefit by having a really good team to advise them.

Jonathan couldn’t say enough good things about his experience at ERA. He called the experience “invaluable” and told me, “As recently as this morning I had a conversation from an advisor I met in the program. John [Axelrod], Murat [Aktihanoglu] and Charlie [Kemper] from ERA all still get calls from me as well.” I have always thought that accelerators, if done right, are an amazing win-win scenario, something that seems to rarely happen in the zero sum game of business. Companies get a tap into a great existing network, investors get diversification, deal flow and (relatively) easy due diligence.

With a newfound network and $500k in seed money, TheSquareFoot could have ridden the easy path to profitability. They had a good thing going in the few markets that they opperated in and a nice steady growth curve. But, they made yet another good decision, they thought big. In December of 2014 they initiated a Series A round of funding that attracted well respected venture capital firms like Primary Venture Partners, RRE Ventures, Triangle Peak Partners. Not to mention “a whole bunch of other angels and senior real estate folks as well.”

I see a bright future for TheSquareFoot. I am not making this claim because I am a visionary (although sometimes I convince myself that I am) but because it has happened before. Compass is a tech enabled brokerage that just made headlines this year by receiving a billion dollar valuation. They are on the residential, mostly luxury side, but comparisons can (and will) be made to TheSquareFoot. Compass was originally viewed as a threat to the traditional brokerage model because it had a great user experience, much like TheSquareFoot. But, what I think really attracted investors and accounted for its high valuation was the accelerated growth that came from attracting top brokers and their portfolios. TheSquareFoot, as it rolls out across the U.S. and internationally has the potential to do the same.

One of the interesting outcomes of the slow tech adoption of commercial real estate is that we all get to look at the quickly changing residential market for trends. Jonathan acknowledged the benefit of this, “The nice thing about commercial is that we are able to look at the successes and failures on the residential side, take the lessons from that and apply them to commercial. Some things make sense with residential that don’t commercial and visa versa.” I have to remind myself when I start ranting about how slow our industry is changing that commercial real estate attracts smart money. Smart money is conservative, risk averse and doesn’t change course until it is sure that the change will be a successful one. This should also be seen as a cautionary tale though, because when smart money decisions are made, change happens quickly and completely.