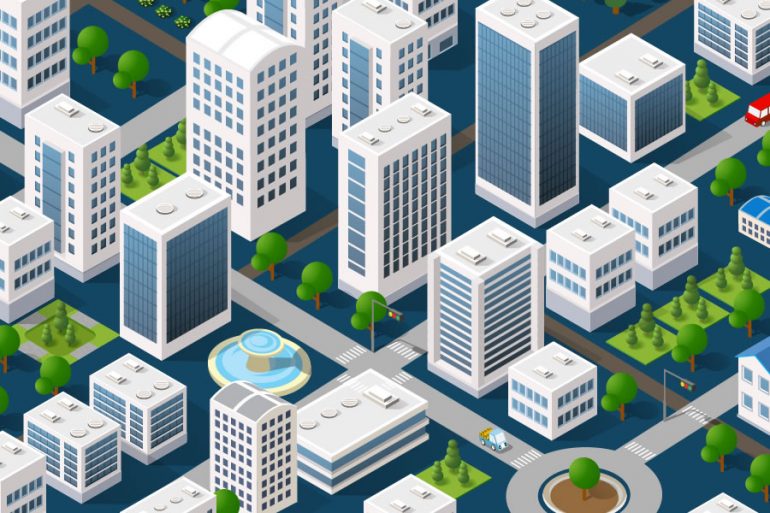 While the Internet of Things has permeated many aspects of our daily lives and created a torrent of useful data, when implemented on a city-wide level, that’s where things get interesting for real estate. For the property industry, the biggest opportunities within the smart city revolution lie with smart buildings, which have the potential to improve efficiency levels by 15%–20% in the first year. Connected, smart buildings can reduce energy use, lower operating costs, prompt preventative maintenance and provide more transparency to buyers, renters and investors with in-depth building occupant data analysis.

As populations in urban areas soar to new all-time highs, cities are becoming both users and creators of technology, experimenting in new techniques for the management of resources, energy, and other services. Connected apps and other tech are now being used by municipalities, law enforcement agencies, utilities, and local governments to tap into their cities’ networks.

Apps have completely transformed the real estate market, and major cities across the globe are still grappling with the paradigm shift. Companies like Airbnb, Zillow, and Trulia, which let renters and landlords interact in new ways, are becoming the new interfaces for a city’s property industry.

In many cities, the popularity of these apps may put undue strain on the housing market. But cities like New Orleans, Amsterdam, and London are part of a growing list of cities that have direct partnerships with rental app companies to create community-driven laws and regulations. Embracing the digital tools city dwellers love helps smart cities keep pace with the rapidly evolving market. Initial relationships between apps like Airbnb and city governments were tense, but the world’s smartest cities can work with rental apps to design better policies.

The influx of IoT devices in the home security sector has created an invaluable pool of data for cities. Newer smart home security systems come with security cameras and sensors, and a network connection gives law enforcement new opportunities to respond to crime as it occurs, which can have a substantial effect on public safety. Now, apartment building owners and local businesses are scaling these smart technologies up to the neighborhood level.

Web-connected sensors can also provide an early warning when disasters occur, and cities like Calderdale are taking note. In the metropolitan area of Calder Valley, Yorkshire, residents can install a flood sensor and report flood data in real time to a city-wide flood map application. The map software, developed by AB Open, improves with each additional sensor added to the network. Over time, the sensor driven tech can help with emergency response and give residents more time to protect their property.

Boston Looks to Transportation and Infrastructure

Major cities are investing millions into the next generation of transportation infrastructure, and the availability of new insights and data is driving intelligent design. Many cities across the globe now have apps available for reporting potholes, checking train and bus schedules, and encouraging ridesharing.

Boston’s MBTA transportation system has officially endorsed the Transit App, an all-in-one smartphone application that opens doors for transit users and city planners. The app gives users useful data on their train’s arrival and departure, even when underground, and the app’s users can report delays or transit-related issues back to the MBTA to improve service in real time. The collaborative relationship between the app’s designers and the MBTA is becoming a trend in smart cities everywhere.

The Future of City Apps

New applications are being developed in metropolitan areas on a daily basis. The massive potential of the IoT era is driving the development of new hardware and software in nearly every sector. The next great innovation in big data is coming and real estate has an important role to play. These apps represent new ways for local governments and the property industry to collaborate. They are the way for the property industry to be an integral part of what propels smart cities into the future. Evolving smart city solutions will connect everything from energy to development projects, working synchronously to improve the lives of residents in major cities across the world. In order to make the most of their smart city investments and allocate resources in the right places, municipal governments will need to continue developing and using connected apps across sectors so they can analyze data in real-time and become more responsive to the growing needs and challenges of urban populations.