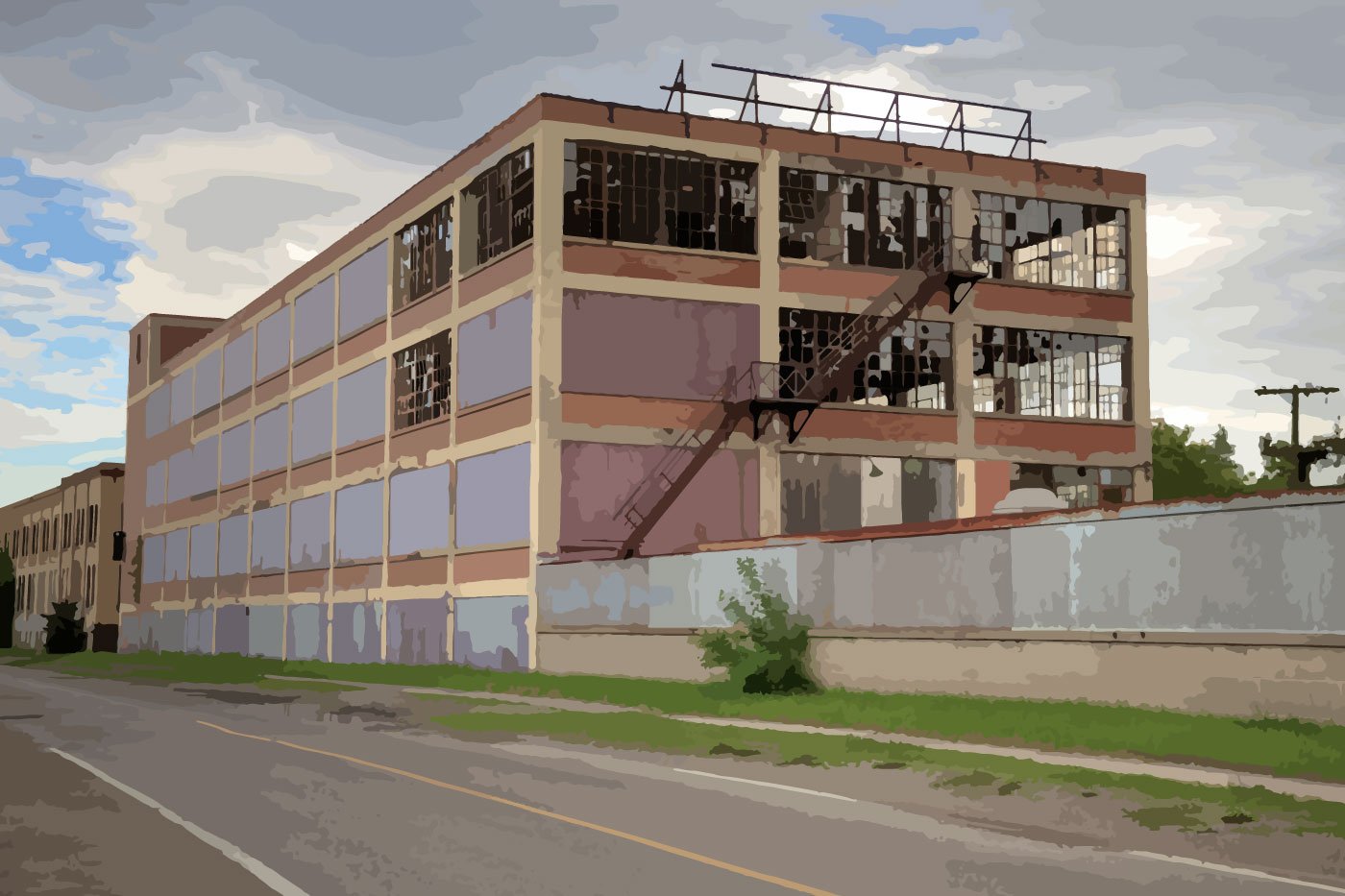 Admittedly, brownfield sites aren’t the most lively topics of real estate, in fact, many developers wince at the mere mention of them. Brownfields are the decaying, vacant industrial lots that developers shy away from revamping because the cost of cleaning up the contamination can easily add up to hundreds of thousands of dollars, depending on the size of the property and the extent of the pollution. To pad the sticker shock, the EPA launched a program called, you guessed it, the Brownfields Program in the early 1990s. The grants and loans provided through the program were touted as a means to rejuvenate brownfield properties for redevelopment. The federal government expanded the program in the early 2000s when it became clear that the Brownfield Program could accelerate toxic site cleanup. It was a glittering beacon of legislation for environmental sustainability and community revitalization, at least until you peered into the fine print.

Brownfield properties can inflict more damage than a regulatory headache for developers. Charles Bartsch, a senior program advisor for the EPA who was recognized as the nation’s leading authority on brownfield redevelopments before his death in 2018, determined that most brownfield properties were caught in a “vicious cycle of decline,” for a number of reasons. For one, once these properties go on the market, even if the pollution content is minuscule, they’re already at a stark disadvantage since developers prefer clean, untouched terrain (known as “greenfields”) where they can build brand-new properties. Because of this, brownfield property owners often struggle to find a buyer, to the point that many abandon their property altogether. These brownfields then begin to crumble from prolonged neglect, ultimately becoming the poster-child for the broken windows theory. “These vacant facilities invite abuse, unsupervised stripping of parts or material, vandalism or arson, and midnight dumping,” continued Bartsch. Worse, the contamination within the property leeches further into the community in which it’s located, threatening the health and well-being of community members.

Despite the challenges of brownfield projects, communities near brownfield sites don’t have much choice but to advocate for their redevelopment. Just as Bartsch outlined, brownfields jeopardize morale and community cohesion. But scarier still, brownfields have the potential to poison a community due to contaminants that can affect on-and-off-site soil, air, and water. Even if community members never step foot on that contaminated site, there’s still a danger of exposure since the wind can carry pollution off of the site or the pollution can seep into the community’s water supply.

Continued deterioration of brownfield sites poses both a serious environmental and financial threat to their locale, which is why the Brownfield Program became a viable tool to make cleanup and redevelopment financially feasible. Redeveloping these sites boosts local tax bases, creates new employment opportunities, makes use of existing infrastructure, relieves development pressure on undeveloped land, and ultimately improves and protects the environment. Oh, and it literally saves the lives of local residents.

To its credit, EPA’s Brownfields Grant Program offers direct funding and technical assistance to communities in order to successfully remediate contaminated properties. There are multiple pages on the EPA’s website dedicated to brownfield success stories, including a former power plant redeveloped into a rehabilitation center for marine wildlife and a slew of successful urban agriculture projects.

Since the inception of the Brownfields Program, an increasing number of federal and state initiatives offer a ray of hope for brownfield sites to be redeveloped into safe and useful properties. Most states allow buyers to negotiate important agreements and indemnities which allow them to reduce the timeframe for remediation and even protect them from legal liability associated with any existing damages that the site causes.

But, like any federal grant program, the tedious process of filing mountains of paperwork, the frustrating back-and-forth with various agencies, and the endless waiting period is too much of a hassle for developers. Especially when there’s no guarantee that any funding acquired will mitigate the costs of cleanup. This brings us to the Brownfields Tax Incentives.

“Brown spots on the Big Apple”

In 1996, New York launched its own brownfield program, which provided tax incentives and limited liability certificates to developers that purchased, cleaned, and rebuilt Brownfield properties. The state expanded the program in 2003, allocating cash to wider tracts of land that held several contaminated sites. Both the program’s launch and expansion were marketed as an environmental justice initiative geared toward revamping lower-income communities. But, in the words of Melissa Checker, author of The Sustainability Myth, Environmental Gentrification and the Politics of Justice, “as time wore on, the state’s brownfield programs began to look a little tainted.” Instead of the underserved communities they were intended for, most of New York’s brownfield incentives went to wealthy developers and landowners.

In order to be eligible for incentives, developers had to show that they had a particular amount of financial, legal, and insurance resources, as well as a team of at least 25 full-time employees. Even if a nonprofit developer who wanted to revamp a lower-income neighborhood had that kind of manpower, nonprofit developers already had tax-exempt status, so a tax incentive would have been of no use.

Despite the fact that these incentives were designed to refurbish rotting industrial properties that jeopardized the health of the residents who lived near them, the way New York structured their brownfield program made it easy for certain developers to target “robust real estate markets” instead of fixing up areas that desperately needed redevelopment. Again, the brownfield program was created for the sole purpose of cleaning up contaminated industrial properties, but because of New York’s blunder,  one-third of the value of New York’s Brownfield tax credits went toward market-rate residential development instead.

The state of New York has since updated its brownfield eligibility guidelines, but developers taking advantage of a brownfield incentive is hardly an isolated incident. One of the major selling points for developers to take on a brownfield project is that brownfields are often set in desirable geographic locations. Again, these sites were once existing lots (factories, dry cleaners, gas stations, etc.), things that were generally located near major population centers. Plus, the area is already zoned for particular land use. For industrial warehouse developers, a brownfield incentive is particularly enticing.

You can drive trucks through those loopholes

In 2018, Amazon took over the dilapidated ConAgra factory in Wake County, North Carolina, which had sat vacant since its explosion in 2009. County officials were grinning ear-to-ear that Amazon had taken over the “eyesore to drivers along Jones Sausage Road,” long overgrown with weeds. In order to entice the e-retail giant to take over the space, Wake County put together a handsome incentives package that included a hefty brownfield incentive. North Carolina’s Department of Environmental Quality secretary, Michael Regan, said that Amazon’s redevelopment validated the state’s brownfield program. Regan had maintained that, without a brownfields incentive, the opportunity for Amazon to revamp the burned-out factory would not have happened.

Of course, that wasn’t the only time Amazon jumped on a brownfield property with a corresponding tax reduction. In its latest redevelopment effort, a once-contaminated property in Rutherford, New Jersey June 3, 2021, Amazon announced it would be building a 360,000-square-foot warehouse.

While redevelopment of brownfield projects is hailed as a public good, converting a brownfield property into a fulfillment center is as ecologically beneficial as dousing a coral reef in crude oil. Amazon’s warehouse boom is linked to extreme levels of pollution. “The warehouses, which bring severe truck pollution to neighborhoods,” writes Sam Levin of The Guardian, “are correlated with bad air quality and related health problems that disproportionately affect people of color.” While the rise of these warehouses has offered significant employment opportunities, critics say the environmental implications have been severe, and the jobs are sometimes dangerous or exploitative.

When the pandemic enlarged the e-commerce market while simultaneously shattering the global supply chain, the demand for “last-mile” urban warehouse and distribution center developments shot through the roof, and Amazon led the charge. The surge in carbon emissions from these new warehouse developments will be nothing to balk at. In 2020, Amazon’s activities emitted the equivalent of 60.64 million metric tons of carbon dioxide, according to its annual sustainability report. This is up from 51.17 million metric tons in 2019, a 15 percent increase year over year, and that’s just from one e-retailer.

In the brownfield context, where a tax incentive intended for fortifying lower-income communities afflicted by industrial contaminants was instead being used for warehouse development, research compiled by the People’s Collective for Environmental Justice unveiled a tragic irony. According to their findings, there was a significant divergence between warehouse locations and e-commerce sales, implying that communities that order the least online are exposed to the industry’s direct pollution and health implications by living near these facilities.

Brownfield tax incentives are an incredibly valuable measure to restore sites that desperately need redevelopment for the health and safety of the people that live near them, not just as a means to rake in capital. But if a tax incentive that was meant to clean rotting properties can become a route to cause more pollution, then that completely undermines the entire point of the incentive. Just as New York had to revise their brownfield incentive program, if companies will ultimately use these incentives as a means to cause an environmental threat, then it’s time for every brownfield program in the U.S. to reconsider their incentive requirements.