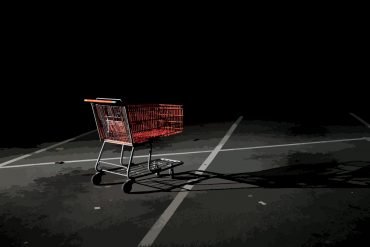 Some people follow their dreams. Others follow their nightmares. Joe Marver is the second. He loved Halloween as long as he could remember; at age sixteen he ran away because his parents refused to let him make their suburban home into a haunted house. He eventually went on to own a women’s clothing store named Spirit Women’s Discount Apparel but, even though he grew up, he never grew out of his love of the nightmarish. In 1983, he decided to convert a vacant store in the Castro Valley Mall in California into a costume store.

From the onset, he embraced the increasingly adult nature of the cultural phenomenon of Halloween, saying this in an interview: “I got my first retail space in the Castro Valley Mall. It was nothing special, but I could sell my costumes in it. My first girlfriend called herself Elvira and she really helped me decorate the space. We made love in the store before we opened it. I loved Elvira almost as much as I love Halloweenin’. She was my muse.”

After making $100,000 the first go around, Marver realized he was onto something. He grew his new brand, Spirit Halloween, into 63 locations, using the growing number of vacant mall locations as cheap, temporary storefronts. He eventually sold the brand to the company that owns pop-culture mall stalworth Spencers Gifts. In 2015, Moody’s estimated that Spirit’s annual sales were around $528 million.

The retail apocalypse created plenty of zombie locations that helped the company build its army of stores to almost 1,400 today. Interestingly, the trend of durable retail moving online that created the graveyard of retail locations largely spared Spirit. Most of the sales are “last minute,” according to the company’s reports. Unlike Christmas, with its months of music and decorations to announce it’s coming, Halloween tends to surprise people. There is also a sense of discovery that is important for many costume shoppers. Few adults have much of a preference for what they want to be for Halloween (my son asks everyone he meets, so I know this first hand) so Spirit’s usually messy racks serve as a place to get ideas or at least just salvage whatever inventory they have left. The limited-time nature of the best costumes creates a sense of urgency that drives traffic and a feeling of treasure hunting that drives sales.

For as lighthearted as the company’s merchandise might be, their real estate execution is dead serious. Their former senior director of real estate, Frank Pacera, discussed the process on a podcast, saying: “Pretty much November one, the minute our door is closed, or actually, before our doors closed, we are prepping for the next season. We literally are, twelve months out of the year, getting ready for this holiday.”

There is little downside to landlords that let Spirit possess their space. Most of them are likely in need of additional revenue. But the unusual nature of these types of temporary leases likely plays into Spirit’s favor. Most landlords have little experience with a temporary lease like these and so likely have less resistance to any of Spirit’s stipulations. Leases often have a “kick out” clause that lets landlords terminate the contract if they find a permanent tenant by June. After that, they need to wait until November 15th, the day that Spirit hands over the keys to every single one of their locations.

Spirit is also an equal opportunity bottom feeder, it looks for stores from 3,000 to 50,000 square feet and some from the company have even said that “no space is too small.” They usually choose locations with 35,000 inhabitants within a three to five-mile radius from the store in car heavy areas. They also prioritize locations with “awesome visibility” from a road and ones adjacent to national tenants like Target and Walmart.

Spirit has become a cultural phenomenon in its own right. It has both followed and accelerated the trend of Halloween becoming a holiday to be celebrated by adults as well as kids. The success of Spirit could inspire other retailers to find ways to make pop-ups a full-time affair and could help retail real estate reincarnate itself, at least for a short haunt. 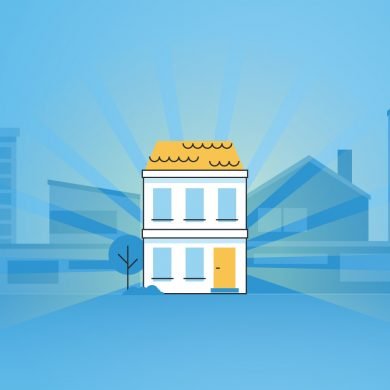