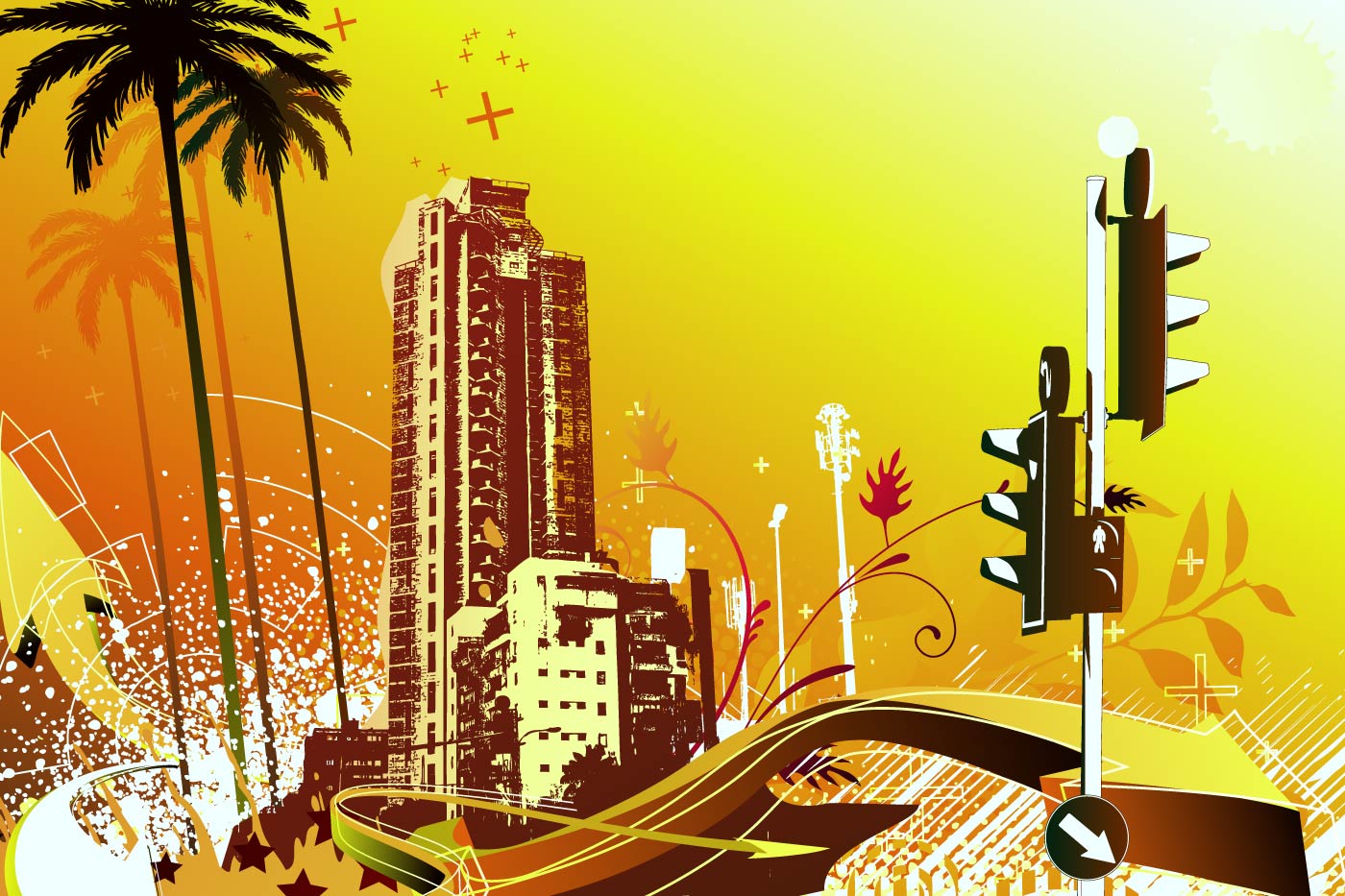 There are few statements nowadays that almost everyone can agree on, despite their political leanings. But here is one: housing in the U.S. needs to be more affordable. The lack of affordable places to live, in places that people want and need to live, is something that almost every American has been confronted with in one way or another.

This lack of affordable housing has a lot of repercussions. The most obvious being the country’s large and growing homeless population. Every large American city is struggling to find ways to deal with often sprawling encampments of homeless citizens. The current count of those considered homeless in the country stands at around 550,000. That equates to almost two out of every thousand people that have to sleep on our streets or in a shelter on any given night. And even that number does not do a good job at describing the full breadth of the homeless crisis. Due to the definition of homelessness, it doesn’t even count those sleeping in their cars or at temporary accommodations. The homeless we see sleeping on the sidewalk are just the tip of the iceberg; there is untold suffering happening due to people’s inability to afford a place for their bed and their belongings.

The housing affordability story isn’t just about homelessness, although that is the most visible and critical piece of our current housing crisis. Homelessness is just a piece of a much larger puzzle. Every day in America children are moving back in with their parents, people are moving away from their friends and family, and seniors are having to postpone their retirement. An estimated 2.7 million Americans live in crowded conditions, with all of the mental and health risks that it entails. All because they struggle to afford housing.

Just how bad is the problem? Well, economists and policy wonks say that if someone is paying more than 30 percent of their post-tax income on their abode, they are considered “cost-burdened.” Recent joint research by Harvard University and Habitat for Humanity estimates that about one in every three Americans is cost-burdened by housing and one in seven households are severely cost-burdened, meaning they pay over half of their income on housing alone. Maybe the starkest expression of the lack of affordability came from the recent Out of Reach report from the National Low Income Housing Coalition that states: “A modest one-bedroom rental home is unaffordable to more than 40 percent of wage earners. A modest two-bedroom rental home is unaffordable for more than 60 percent of wage earners.”

The report goes on to say that “twelve of the 20 largest occupations in the United States pay a median hourly wage that is less than what a full-time worker needs to earn to afford a modest apartment at the national average fair market rent. The workers in these occupations account for more than 38 percent of the total U.S. workforce, excluding farmworkers.”

Just how behind are we when it comes to housing our citizens? The Out of Reach report states the country needs 6.8 million new dwellings to make up the current shortage. This number grows to 3.3 million when you take away the surplus in some states because, as the report so succinctly puts it, “Vacant homes in Ohio make little difference to the housing markets in Texas.” The latest census numbers show that there were 1,368,000 houses completed last year and 1,681,000 permits in the works. That means that if we stay at this pace, it will take almost three years of construction JUST to close the gap. That doesn’t even take into account the nearly 25 million people that were born or immigrated into the US over the last year, who will need a place to live as well.

Talking about the ways to improve the affordable housing situation can quickly lead you down a rabbit hole, one where just like in the fairy tale, the problems seem to keep getting bigger and bigger. The first complication comes from the rather amorphous definition of ‘affordable housing.’ Most of the general population thinks of it as just the general idea of housing affordability, but when people talk about affordable housing they are almost always talking about buildings where rent is kept low in order to qualify for incentives, tax breaks, and mission-driven investment dollars.

The Department of Housing and Urban Development (HUD) defines an ‘affordable dwelling’ as one that a household earning the area’s average median income (AMI) can obtain for 30 percent or less of its income. HUD even calculates this number for each county in the country. This is also the same number that is used to see who is eligible for many housing subsidies. Anyone making 80 percent of AMI or less is considered “low income.” People that make less than 50 percent AMI are considered “very low income” and those making 30 percent or under are “extremely low income.” These are arbitrary cutoffs, ones that can make it hard for people on the cusps of each, but they are important nonetheless. Each group has its own needs that must be addressed in different ways.

Another complication when it comes to understanding affordable housing is what should be used as a metric for success. It is easy to get caught in the myopic view that the purpose of affordable housing is to make housing more affordable. While this is certainly a key aspect of the subsidies that fund much of the affordable housing, more supply will bring down prices according to economic theory, it ignores the entire point of the affordable housing conversation. It isn’t just about housing. It is about upward mobility. Having housing people can afford can help people get into a more secure financial situation but there are many other factors that contribute to it as well like education, access to resources, and community networks. It is only by building units in a way that provides opportunities for underprivileged residents that affordable housing can also make better lives.

Yet another fold of complexity comes with the conversation about the government’s role in making housing more affordable. This is where the bipartisan agreement on the topic ends. Some suggest getting out of the way and letting the market find its equilibrium by creating more housing. The problem with this approach is that it ignores the economics of development: most developers if given the chase, would rather develop luxury units in dense urban areas. The other end of the spectrum says that the government should step in and manage these units. This line of thinking also has flaws. Public housing has struggled to keep up with the demand for new units and the maintenance required to keep a property habitable.

At first glance, it would seem that the property industry would be at odds with making housing more affordable. Higher rents make assets more expensive, creating wealth for the landowners, right? The reality is, of course, much more nuanced. Affordable housing can reduce blight, stabilize local economies, and contribute to more vibrant communities. Plus, when politicians get wind that affordable housing is an issue, they often take a much less effective approach to keep rental prices down: rent control.

Studies have shown that rent control can be problematic for a lot of reasons. First and foremost, it creates a misalignment of resources. Parents that needed a three-bedroom apartment when their kids were young don’t have a reason to leave when their kids move out, for example. This leaves a lot of unused space, and inefficiency that crowded cities can’t afford. Rent caps have also been shown to decrease the overall land value of an area. This was determined by studying Cambridge, Massachusetts, an area that was rent-controlled from 1970 until it was abruptly ended in 1994. What researchers found was that not only did repealing the rent control measure make rent-controlled properties more valuable (by about 40 percent on average), it also increased the value of non-controlled properties as well. As the Brookings Institute puts it in their synopsis:

“These estimates imply that more than half of the capitalized cost of rent control was borne by owners of never-controlled properties. Rent-controlled properties create substantial negative externalities on the nearby housing market, lowering the amenity value of these neighborhoods and making them less desirable places to live.”

What’s more, rent control has a tendency to hurt the very population it is intended to protect, by removing available rental housing stock. Draconian regulations like rent-control are also known to incentivize landlords to use the loopholes, like converting a rental to a condo or tearing down and re-building a different building type altogether.

The growth of the affordable housing segment would actually be a boon for the property industry because it would mean much more housing stock. Much of this stock will be developed, financed, owned, and managed by professional property companies. For the first time in decades, there is political will from both sides of the aisle to permit more housing and rezone residential neighborhoods. It would behoove the property industry at large to seize this moment to increase their pie altogether.

One of the first things you learn when studying affordable housing is that it is rather separated from the rest of the real estate world. In order to help grow and protect affordable housing units, a complicated mix of government incentives is used. These incentives make the permitting, financing, and management of affordable properties much different than those of ‘market rate’ ones. “Every property is financed with debt and equity but with affordable housing developments, there could be a number of grants from non-profits, local governments, or both,” explained Hara Perkins, partner at the law firm Goulston & Storrs and advocate for affordable housing projects. “To make these deals work there usually also has to be multiple levels of debt, as well as low-income housing tax credit equity.”

There is more support than ever for affordable housing but that momentum will have to be accelerated to get us where we need to be. As insurmountable as the problem might seem, the consequences of not tackling it are even greater. Housing in the U.S. needs to be more affordable. That much we can all agree on. How we get to this shared vision is still up for grabs. Helping protect our citizens who struggle to stay housed can only be achieved if we take the time to understand the problems and examine the solutions for this very complicated topic. This series of articles and podcasts is my attempt to do just that. I have talked to experts to get their takes on the many evolving schools of thought around affordable housing, from the role of public housing, to the repercussions of the financial subsidies, to the ability for mission-driven portfolio strategy to preserve the already affordable stock. I even explore what is an even more complicated topic than even affordable housing, how housing costs contribute to racial inequality.

Like any exploration, the answers to my questions lead to even bigger questions. I realize that it will take much more than this series to answer these questions. All I can hope is that this at least keeps the conversation going about the property industry’s contribution, conscious or not, to a largely rent-burdened society and all of the untold suffering that goes with it.

One of the pleasant surprises of researching this, at times, somber topic is the passion of the people working to fix it. In order to tell these stories, each article will be paired with an episode of our affordable housing podcast series where we will talk to people working in the space to hear their journey and ask them what they think the roadmap is for a more affordable, prosperous future.