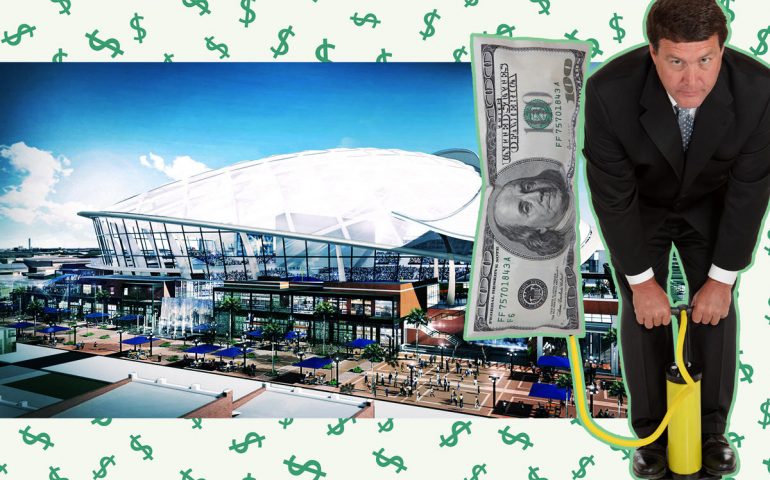 Looming changes to 1970s-era law could open the lending floodgates

Banks may soon have the incentive they need to sink huge amounts of money into Opportunity Zones, the controversial Trump administration tax abatement program that has seen tepid investment levels to date.

The federal government plans to give commercial banks credit for issuing loans in low-income communities as part of a larger reform to a 1970s-era law called the Community Reinvestment Act. This is the first direct regulatory incentive for banks to lend in Opportunity Zones and could be a game-changer for the program, according to some experts.

“CRA is a big motivator for inter-activities at banks,” said Steve Glickman, one of the architects of the Opportunity Zone initiative, which gives massive tax deferments and tax breaks to those who invest in projects in designated low-income neighborhoods across the country. “They are going to have institutional interest in all of this.”

Glickman, who founded and runs Opportunity Zone consultancy firm Develop LLC, said that the reformation of the CRA and the recent finalization of the program’s rules should spur banks to direct investor money into qualifying projects. Banks own asset management arms could begin to deploy more money into Opportunity Zones as well, he said.

For banks, lending in Opportunity Zones would allow them to fulfill elements of a government mandate that they lend in poor communities.

Although many bankers and developers believe the combination of expected CRA reforms and finalized Opportunity Zone regulations could lead to substantial investment in poor communities, finance watchdogs are wary about the types of projects that qualify.

What is the CRA why it matters

The CRA was crafted in 1977 under President Jimmy Carter and was designed to incentivize banks to lend in low income communities and prevent redlining, or the practice of not lending to minority communities.

A poor rating on the CRA can prevent a bank from opening new branches or completing a merger. It also invites heavier scrutiny from regulators if a bank has a bad rating.

But some bankers argue the law is out of date, especially in the age of digital banking and the lack of brick and mortar branches. Under a more banker-friendly Trump administration, two regulators, the Office of the Comptroller of the Currency and the FDIC, are now looking to revamp the rule and change how the CRA looks at geographic areas where the banks take in deposits. The regulators are also looking to combine Opportunity Zones into the CRA rules under a proposal released by the OCC and the FDIC.

This inclusion of Opportunity Zones in the revamp, however, has also drawn the most criticism from those who are skeptical of the proposed CRA changes.

One section of the proposed regulation mentions that banks can receive credit for lending to athletic facilities in Opportunity Zones. In other words, a bank could potentially receive credit on their CRA exam for financing the proposal to build the Tampa Bay Rays stadium in Ybor City, Florida, that was estimated to cost nearly $900 million.

“The Baltimore Ravens Stadium would qualify as a credit. We have got to look at the large scale projects that might not have localized community impact,” said Nikitra Bailey, the executive vice president of the Center for Responsible Lending.

Giving credit to sports stadiums in Opportunity Zone projects amplifies the argument of critics who claim that the program is effectively a tax break for wealthy developers masquerading as a benefit for the poor. Critics have pointed to Richard LeFrak’s $4 billion mixed-use project Sole Mia in an Opportunity Zone in North Miami as well as Kushner Companies plans to build a 1,100 unit-luxury apartment building in Miami’s Edgewater neighborhood.

Opportunity Zones developers have largely focused on building projects in gentrifying areas and in projects that were already planned before the Opportunity Zone legislation was released. The Department of Housing and Urban Development under Sec. Ben Carson said the agency is giving preferences on certain credits for developers who build affordable housing in Opportunity Zones. But so far, large-scale investment in affordable development in these areas has yet to materialize.

Lending in the land of OZ

The Opportunity Zone program became the arguably most talked about program in the real estate world over the last two years. Tucked away in President Trump’s tax plan, it offers developers and investors the ability to defer or forgo paying capital gains taxes for investment in one of the more than 8,700 federal Opportunity Zones across the country. Treasury Secretary Steven Mnuchin even said it could result in $100 billion in private investment.

Despite the hype, investor interest in hasn’t quite materialized.

Many funds have had trouble raising capital. Of a sampling of 103 Opportunity Zone funds that sought to raise $22.7 billion, only $3 billion was raised, according to an October report by accounting firm Novogradac & Co. One notable pullback is Anthony Scaramucci’s SkyBridge Capital, which first sought to raise $3 billion, but is now seeking just $300 million.

But there are signs that the finalization of program rules has already contributed to an uptick in investment. At least $2.3 billion was put into Opportunity Zone Funds between early December through early January, according to a survey from Novogradac, a 51 percent increase over the prior month. (It should be noted that investors had to commit their capital by the end of 2019 to receive the full benefit of the program, which is likely a bigger reason for the increase in investment.)

Brett Forman of Trez Forman, a nonbank lender based out of Boynton Beach, said he is skeptical of some of the proposed projects in Opportunity Zones. So far, some of the borrowers that have approached him are less experienced in real estate development and are sometimes ones that wouldn’t be able to land bank financing.

“They think that a nonbank lender will jump on it,” said Forman.

Avra Jain, a Miami-based Opportunity Zone developer, however, has previously told The Real Deal that the program makes financing for certain projects more accessible, such as her group’s 15-story office building in Miami’s Midtown neighborhood.

“I even have private lenders and funds that are coming to me with loans that are beating the terms of regional banks, which usually give the best deals,” said Neman.

Some banks have already started investing in Opportunity Zones themselves, such as PNC Bank which has established an Opportunity Zone fund to invest in affordable housing, economic development and revitalization projects. In July, the bank provided $15 million in funding to repurpose a vacant, nearly century-old office building into workforce housing in downtown Birmingham, Alabama.

John Hope Bryant, an entrepreneur and the founder of the economic empowerment nonprofit Operation HOPE has been pushing for CRA reform. He recently went on a five-city tour over the summer with Comptroller of the Currency Joseph Otting to discuss potential changes. Bryant said that adding Opportunity Zones to the CRA modernization can only help encourage lending in low-income communities.

“You are creating a magnet and pointing capital and equity there and saying, ‘Go and invest there.’” 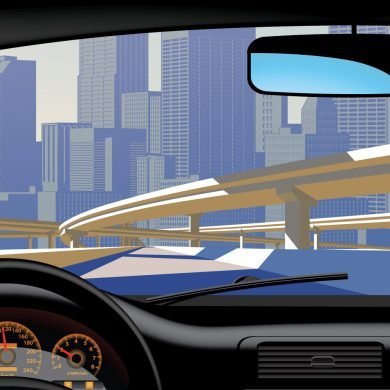