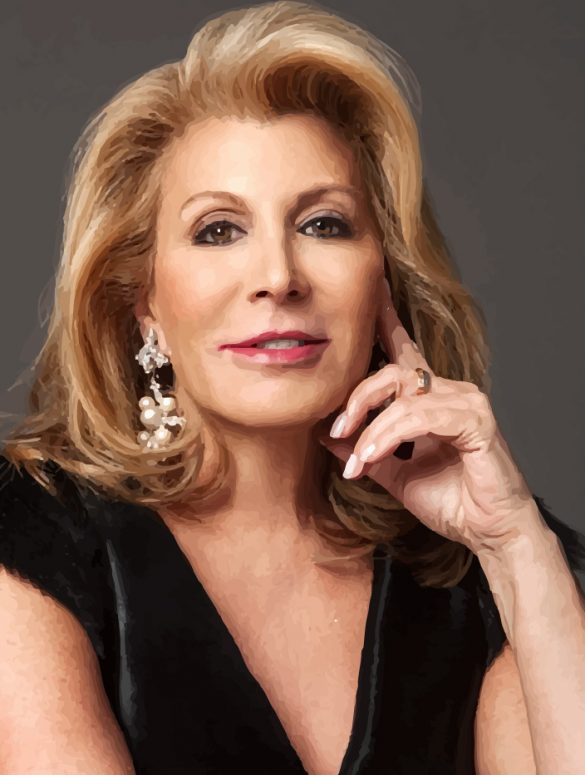 In August of last year, Dottie Helman stepped down as CEO of Douglas Elliman, the largest residential brokerage in New York. The news gained significant attention because Helman was much more than just the company Chief Executive, she was the co-owner of the company and is the person credited with building the company into the giant it is today thanks to a few smart acquisitions.

Long before Helman became the real estate superstar that we now know, she had her fair share of setbacks. Her mother died in a car crash when she was ten. The accident also left her father partially crippled, making her the new head of her household. She often credits this as one of the building blocks for her success. “I was the oldest and I had to grow up pretty quickly on my own in many ways, so I took a lot of chances,” she said.

In the end taking chances was what launched her career. In college, she started working for  Meryl Lynch as a broker in Long Island. She credits the company’s willingness to train her for the success she later found. “I worked for Merrill Lynch in the ’80s when they were selling real estate, under a man named David Komansky, who went on to become the chairman,” she said. “Their largest entity then was Rodeo Realty in California, and I spent a couple of weeks there learning about the high-end market—and open houses. I founded my company from what I learned from them.”

Eventually, the shop was purchased by Prudential. When she found out that the insurance company was going to sell off the brokerage part of their business she proposed something that seemed nothing short of ridiculous at the time: she offered to buy it herself. What was even more outrageous was how she planned to come up with the money. Rather than finding outside investors (who would have invested in a young female broker anyhow?), she pitched Prudential on the idea of giving her a $7 million loan for the sale. After what was surely a lot of convincing she was able to buy the business in 1990.

But Dottie didn’t stop there. She grew her territory to include, what is now her tagline, everything “from Montauk to Manhattan.” She also eventually saw an opportunity to buy one of the largest residential brokerages in Manhattan, Douglas Elliman. In 2003 she and her business partner purchased the company for $72 million, the second highest amount ever paid for a brokerage at the time. Her acumen for growing a brokerage can not be understated, as co-owner and CEO, she led Douglas Elliman to sell $22 billion worth of homes in 2015, netting $600 million in sales.

All of these money moves eventually got Dottie the title of “The Richest Self Made Woman in American Real Estate.” But despite the distinction, she insists that money was never her primary motivation. “Even though this is going to sound kind of crazy, whenever I did anything it was never because of the money, I did it to grow and because I had a vision.”

Dottie’s success has allowed her to become somewhat of a champion for others like her. First, she has a strong belief that real estate brokers deserve equity in the business they help build. “If you’re an agent, you’re an independent contractor. If you’re a stockbroker you can sell your book,” she has said. “It’s my goal for the industry that brokers can sell their client-based business so that when people get ready to retire they don’t just get a gold watch.”

Second, she has become an outspoken advocate of women over 50 in the workplace. “I really think that you can almost become invisible, and I work on awareness, on giving those women confidence. You have to really feel confidence in yourself and what you do and who you are.” For her continuing effort to help instill confidence in female professionals, she was awarded the Business Pioneer Award in 2017 during the United Nations Women’s Entrepreneurship Day.

Dottie has become somewhat of a celebrity in the New York real estate scene. She can be heard every Saturday on her Eye On Real Estate radio show and podcast by the same name. She attributes her passion for the industry as the reason for her success but others say that it has more to do with the way that she connects with and empowers the people around her. Dottie might be best known for her real estate business but she’d rather be known for her ability to execute a vision while supporting others to achieve their own dreams.