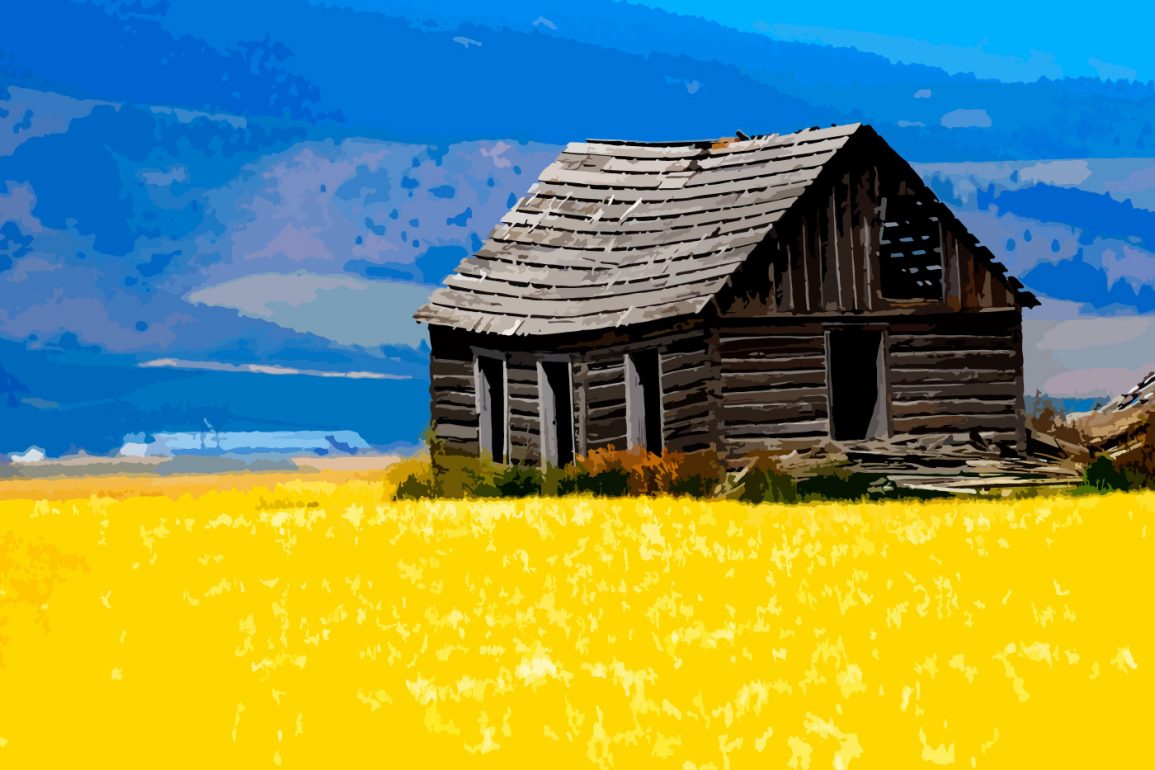 In the past few years there have been experiments by governments around the globe to give citizens a small amount of money every month as a way to help the most impoverished and vulnerable. This idea is called Universal Basic Income and has been tried out in rural villages in Africa and India, towns in Finland and Canada, and cities in South Korea and the Netherlands. The pandemic further normalized the practice as countries sent stimulus checks en masse to their citizens. But long before there was a movement to give everyone a guaranteed government stipend, there was a different kind of universal benefit. Back in 1862 the U.S. government decided to give away part of its publicly owned land to anyone who was willing and able to develop it by passing the Homestead Act.

The Homestead Act was originally designed as a way to punish descension. President Lincoln signed the bill into law in the middle of the civil war so that the Southern states, which had left the Union and sparked the conflict, would not be able to participate in the biggest land giveaway in history. Plus, some of Native American tribes who had been relocated to what was then known as “Indian Territory” had sided with the Confederacy and therefore, in the Union’s eyes, needed to be (further) punished.

The idea was that anyone could take ownership of a piece of land as long as they filed a claim, paid a fee, and built a dwelling upon it. It was supposed to help America settle its vast, rugged interior and provide sustenance farmland for those struggling to make it in the new and divided country. But as well intentioned (if not a bit vindictive) that the bill was, it had a few important negative consequences.

The Homestead Act was yet another way for the American government to give away Native American land. This was particularly easy because most native tribes did not have a concept of land ownership, instead sharing the land as a communal good. Now westerners (the act was applicable to immigrants as well as American citizens) were able to take ownership of native land with the full backing of the U.S government and its military. Even land that was designated as Indian reservations at the time was available to homesteaders making the already unfair treatment of native people at the time even more oppressive.

Another terrible consequence of the Homestead Act was the way that it left out the people most deserving of governmental assistance, slaves. The Southern states were not able to participate in the homesteading and so even slaves freed by the Emancipation Proclamation were too late or not able to take advantage of this free land. The federal government tried to rectify this by creating a Southern Homestead act in 1868 that granted 80 acres to African Americans in the South. But, much like the rest of the Jim Crow south, there was a large gap between what freed slaves were allowed to do legally and what they were able to do practically. Local governments did little to educate African Americans on this benefit. To make matters worse, much of the land that was given away was of little use, either too forested or too swampy to cultivate. In the end, only a few thousand parcels of land were given to black families before the act was repealed.

The Homestead Act also left a lasting impact on the way that the country was organized. Since there was not much urban planning that went into the distribution of the land, the new population was left to figure out its geography and political organization. Nowhere is this better exemplified than Oklahoma City. In what has been called “the worst way to plan a city” the entire area that we now know as Oklahoma City was given out in one day in what is called the Land Rush of 1889. At noon on April 22nd the military opened up the area to around 100,000 people who all rushed in to stake claims.

What Building Permits Have to Do With Molasses

Chaos unsurprisingly ensued. Carts broke down, horses died of exhaustion, and murderous fights broke out. An organized group even cheated, hiding wherever they could in order to get to the best plots first. These people were called “Sooners” a moniker that is still used to describe Oklahomans to this day. Soon after the dust settled from the rush the settlers quickly realized that crowdsourcing urban planning had some obvious downsides. There was little to no space left for important city services like roads, schools, and hospitals. Even after an informal government was formed the group of cheaters refused to participate. This caused the messy urban grid that uses jogs to connect incongruent streets that Oklahoma City still uses to this day.

The Homestead Act was a unique part of world history, one that will not likely be repeated (for good reason). It has left scars on our country that we are still trying to rectify and is seen as yet another unfair policy pushed by the American government at the time. Even though the Homesteading Act was repealed in 1972, homesteading is still a thing. Many states in the US still give away remote parcels of land to those willing to improve upon it. As much as I am a fan of the idea of universal basic income, the failures of our country’s experiment with giving out free land shows that any policy like this needs to be well thought out or else risk doing more harm than good.