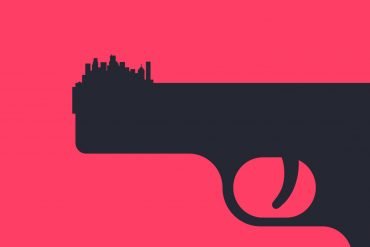 How Shopping Centers Are Using Tech to Help Emergency Response 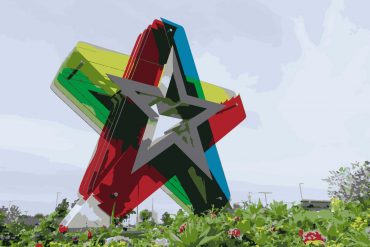 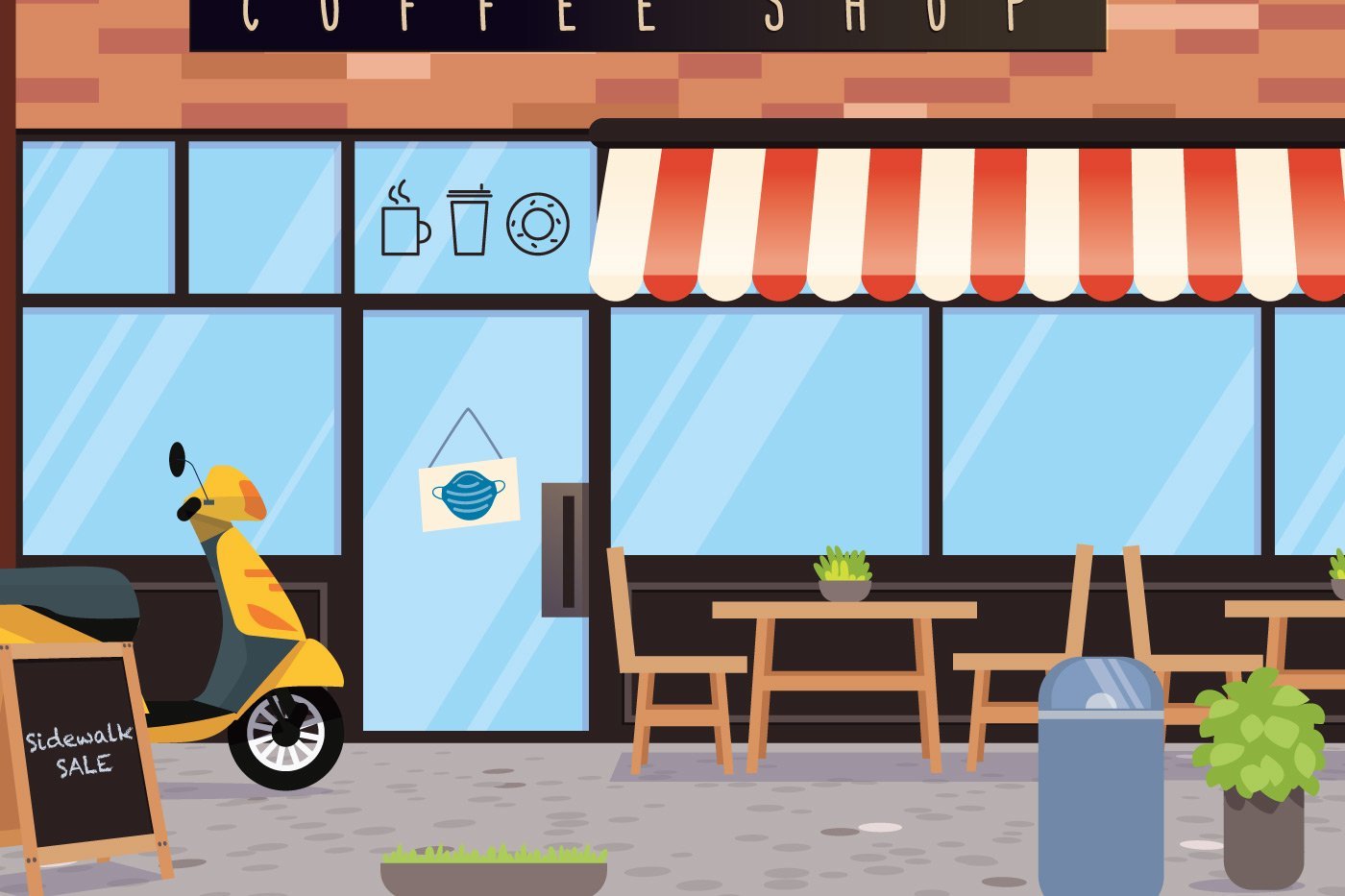 This year has unfolded in a way virtually no one expected. The COVID-19 pandemic has catalyzed and accelerated many changes in our transportation systems. One of the most popular is the now ubiquitous “curbside pickup.”

Curbside pickup is an expansion of existing curbside uses like short-term loading or parking. However, its newfound popularity accentuates the fact that not many have examined in detail the importance of the curbside in the efficient operation of a city. It’s often been an overlooked but critical element that plays an under appreciated role in the transportation and economic networks in every city worldwide. Yet amazingly, cities have very little data or quantifiable information about how they have regulated the curb or how it is being used.

Since the installation of the first parking meter in Oklahoma City in 1935, most cities have designated the majority of their curbside for parking, essentially long-term vehicle storage, except for during rush hours when it serves as a travel lane. There was the occasional taxi stand and bus or courier loading zone, but overall, the regulations applied to the uses of the curbside were relatively simple and easy to understand. Those days are over. The curbside of today serves many more uses and users, the competition for space between those uses is fiercer than ever, and the underlying restrictions trying to manage this competition are complex and poorly understood.

The changing nature of the curbside is a result of unprecedented growth in demand for curb space from transportation companies like Uber or Lyft, and deliveries from ecommerce companies like Amazon. Rideshare and delivery companies complete an estimated five billion trips globally each year. Amazon alone ships billions of packages each year, too. All of this is in addition to underlying population and employment growth in urban areas resulting in ever-increasing demand for access to the curb.

While demand has grown and the use of the curb has changed dramatically, the way cities regulate the curb is still stuck in the past. Few cities have a comprehensive understanding of how their curbs are designated or what regulations apply to them. If they do have data on their regulations, it is frequently outdated and text-based, which makes it difficult to use for planning purposes. Even fewer cities have digital, spatially-referenced versions of these regulations.

Given most cities don’t have this information, drivers and the general public also almost never have access to it. Typically, the only way for a driver to know whether they’re allowed to park, stop, or stand on a given street is to try to read the signs when they get there – not exactly an enjoyable experience or efficient way to plan a trip. This poor communication and lack of information leads to inefficient use, with estimates that up to 30 percent of traffic in dense urban areas is associated with people cruising for parking.

In short, there was a perfect storm of growing curbside demand, limited curbside supply, and a lack of curbside information—and then a global pandemic hit.

In North America, March of this year is generally when the pandemic made noticeable impacts to the general public, with swift changes to policies and permissions being implemented shortly thereafter. The transportation network, specifically the curbside, was no different.

Many cities decided to turn to free parking as a tool that they felt would help keep businesses afloat. Many on-street and off-street lots simply defaulted to free parking, with parking meters being bagged or turned off. Parking permit requirements in residential areas were ignored and enforcement relaxed.

It wasn’t just the pricing that changed at the curbside, the uses and users were disrupted too, accelerating trends that were already underway. The allocation of curbside space now included things other than vehicles, like expanded sidewalks for pedestrians; patios on sidewalks, or even on the street, for businesses and patrons; and new bike lanes for cyclists. When more than the curbside needed to change, entire streets were temporarily repurposed to pedestrian-only slow (or quiet) streets, meant to deter drivers and promote active transportation. In addition, there was a dramatic increase in demand for deliveries (food and otherwise) as well as curbside pickup. Cities responded to this by creating temporary pickup and drop-off zones, such as food delivery loading spaces.

Even after the seemingly rapid changes in curbside demand over the last decade, the response to COVID-19 caused an even more impactful shift in curbside use within a matter of months.

These sweeping changes happened at a rapid pace by municipal standards, however they were typically ad hoc, and often lacked cohesion or an overall strategy. Changes were poorly communicated, frequently only as a press release or statement to say, “we see the problem, we’re trying to help.” Some cities launched web-based GIS portals or produced static maps, but these were frequently clunky and acted as band-aid solutions that focused on addressing the new regulations only, ignoring the complicated set of existing curbside rules.

These band-aid solutions are a result of cities generally having a poor understanding of their existing curbside regulations, and a lack of tools to quickly change them or effectively communicate them. Cities fell short in their response, but they did the best they could with the tools they had at hand. If cities can’t understand where all of their current parking or loading zones are, where do they begin in order to determine the optimal locations for new temporary loading zones? If parking is to be removed, but cities are uncertain of how many parking spaces are in various areas, how do they convey this to concerned business owners or residents? This information can and should be better understood, and if it were, cities would have been more effective in responding to the changing needs of the curbside at the outset of the pandemic.

Where do we park from here?

The response to COVID-19 illustrated that the curbside is a critical piece of the transportation puzzle, as it serves many different functions to many different people. The pandemic-related changes accelerated trends that were already emerging, and given the mainly positive public response, will likely be here to stay. But given the scale of the changes and lack of modern tools and solid underlying information, a lot of the planning associated with the curbside is still an exercise in trial and error. To efficiently manage the curbside to serve existing, new, and future uses, cities need tools to organize, manage, and communicate their curbside regulations.

Cities will also need to be able to monetize their curbside. These short-term uses currently aren’t captured as a use that cities charge for, like they do for parking. However, as the role of the curbside evolves from mainly long-term vehicle storage to short-term access, how cities recoup the costs associated with managing the space must evolve as well. Cities know all too well the high cost of free parking, and many of the same lessons apply to other curbside uses. If curb pricing policies don’t expand to include new uses like delivery apps, then over time curbside prices will apply to a smaller and smaller subset of users, making them ineffective in influencing user behaviour. The result would be a highly inefficient curbside with an excess of demand competing for a limited supply of space. Failing to monetize these curbside uses would also have major implications for municipal budgets, as on-street parking revenue frequently supports many public services like transit operations, bike share systems, and many others.

Software tools like CurbIQ, which we developed at IBI Group to help cities quickly and efficiently adapt curbside rules to react to long-term trends and immediate curbside needs, can allow cities to take a strategic, data-driven approach to managing the curbside. One key example of how the software can be used is to help create digital curb inventories to better understand any existing regulations, or to compare the impacts of proposed curbside changes relative to one another.

The “best guess” approach cities have been forced to take is neither fast nor effective. Had digital curbside management tools been adopted in cities before the pandemic, planners could have made better-informed decisions and changes could have been more clearly communicated to the public. The pandemic has shown us that cities can move quicker. The lingering question is whether, and how well, they can figure out to use new tools and the lessons of COVID-19 to act smarter.