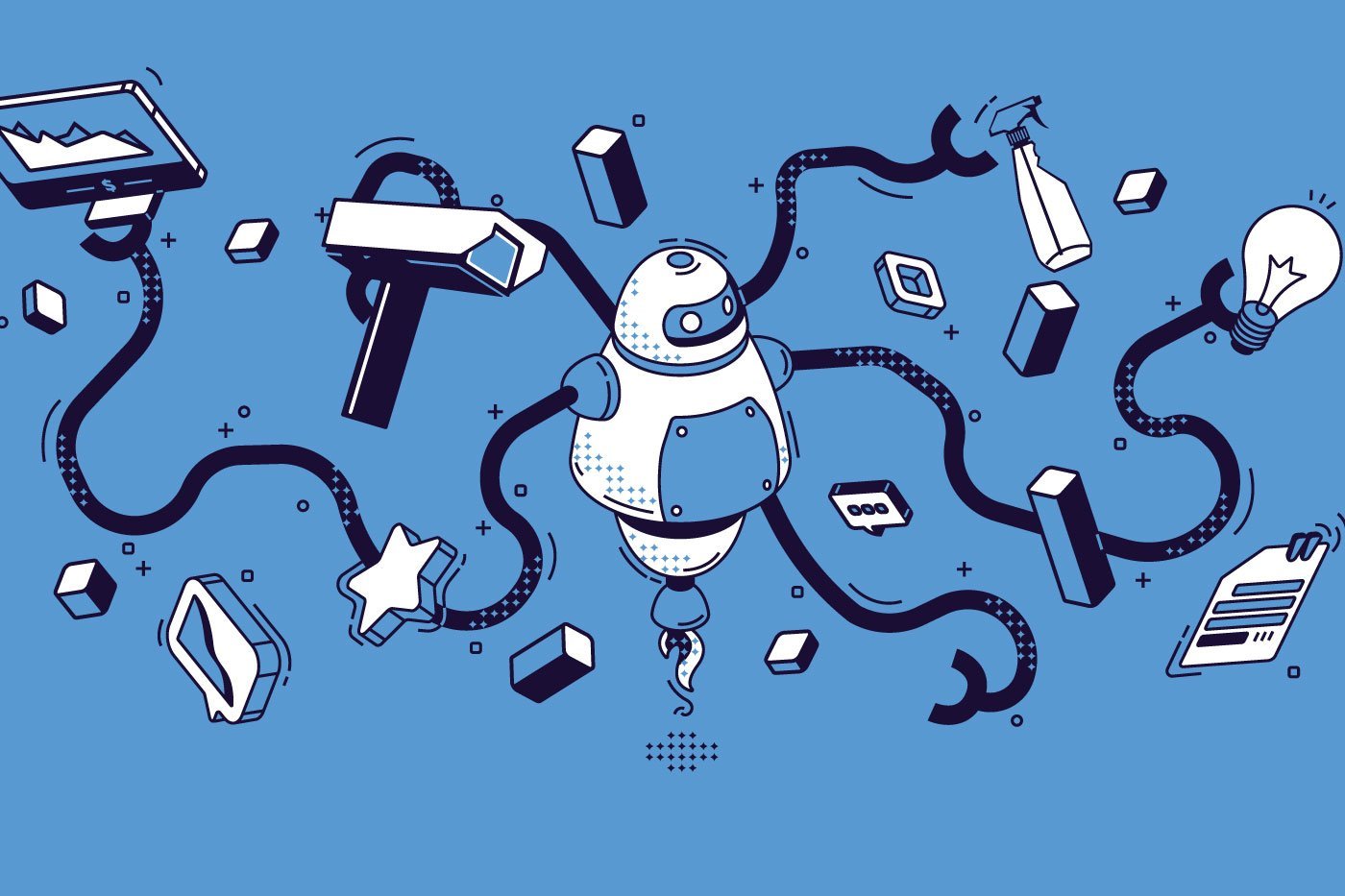 Whether they’re falling into fountains, knocking down toddlers, or losing a fight against an unruly drunk, when robots in office spaces make headlines, it’s often because of a comical mishap. But, our troubled robotic operating buddies may have finally found their moment. In the time of COVID, when limiting human interaction in offices and public spaces is paramount, landlords and property managers are taking another look at what robots can do. A tidal wave of robots aimed at coronavirus prevention is sweeping through the PropTech industry.

“The coronavirus has created a need for robots because they can reduce direct contact between people,” Mira Robotics CEO Ken Matsui told Reuters. The Tokyo-based startup has found a new purpose for its “Ugo” robot: ultraviolet (UV) disinfection. The robot uses UV hand attachments mounted on adjustable arms to roll around via remote control, using the UV light to kill viruses on door handles, toilets, and other surfaces.

Russia-based Promobot has developed its own robot, designed to screen people and take their temperatures before they enter a building. Promobot’s latest version, dubbed Thermocontrol, also questions people about symptoms, gives advice about avoiding the virus, and hands out facemasks. Silicon Valley-based Knightscope has been pushing free updates to its robots in the field, which now promote COVID prevention by broadcasting public safety and social distancing reminders to those within ear shot. The list of new or improved robots aimed at fighting the virus goes on and on.

What sets the robots apart is their efficacy. UV robots in particular have been proven to be faster and more effective than their human counterparts. Many have been clinically tested, achieving a 99.99% level of disinfection in half the time it takes a human worker. Most importantly, the robots never stop and are immune to the virus, so they won’t catch it or spread it.

After decades of missing the mark, social robots have found something they can do better than their human counterparts. That’s why facility managers are finally taking notice. Chinese hospitals have recently ordered more than 2,000 UV robots, and the units now operate in more than 40 countries throughout Asia, Europe, and the U.S. Sales of Neo, a floor-cleaning robot made by Canadian startup Avidbots, were already doubling on an annual basis before the coronavirus hit—but now sales have doubled again, the company’s CEO Faizan Sheikh told Fortune. San Antonio-based Xenex, maker of a disinfecting robot known as LightStrike that uses technology developed by John Hopkins University, has been running its manufacturing facility 24/7 to keep up with skyrocketing demand, up 600 percent.

Robotic companies are in an all-out race to seize the moment, and investor money is pouring into the industry. There has never been an appetite for automation quite like the current moment. Cleaning robots are already being rolled out in some of the nation’s most prolific stores, like Kroger and Walmart, which just placed another order for 1,500 more Brain cleaning robots. All that activity means a robot could be coming to your office building soon.

“What we’re seeing in the market in general now is a lot of pull from places like hotels, from airports, airlines, schools, government office buildings, private office buildings, doctors’ offices,” Xenex CEO Morris Miller told Spectrum News. While payment plans vary, from rentals to outright ownership, each robot has an immense cost. Xenex’s LightStrike robots cost around $100,000. On the lower end, Mira Robotics’ Ugo bot can be rented for $1,000 a month.

Knightscope’s patrol and surveillance bots charge by the hour, coming in at around $122,000 a year. While those costs may have been prohibitive in the past, facility managers and landlords are starting to see the cost-benefit analysis differently. To be competitive, historically commercial robots are priced largely on who they replace, Medhat Moussa, Robotic Engineering Professor at Canada’s University of Guelph, explained. Now people responsible for public spaces like office buildings are starting to see robots as an insurance policy, rather than a labor cost.

“What’s the cost of a COVID outbreak? It’s astronomical,” Moussa said. “That’s the insurance policy cost robotics can help with. If you understand these robots can prevent disease and offer early detection, you see lots of funding. If one of these ‘bots prevents an outbreak or catches it early, it can be mitigated. If offices can’t control the virus, the losses are massive.”

Getting workers back into the office was always going to be a struggle. Amid a growing second-wave of the coronavirus, that task has only become more difficult. Half of American professionals are reluctant to go back to the office, according to a survey by Korn Ferry conducted in early June. When asked what precautions they want to see employers take as offices reopen, temperature checks, regular and documented deep cleanings and enforced social distancing were among the top responses in a Citrix survey of more than two thousand American office workers.

“Crises shift perceptions on what is possible regarding investment and transformative action on the part of both private and government actors. By the time the COVID-19 pandemic has passed, robots will be mainstreamed across a range of applications and markets,” Rian Whitton, senior analyst at ABI Research, said in a release. “Automating disinfection is a key part of maintaining health and safety and could be one of the major bright spots in the response to COVID-19.”

Robots can help offices reopen safely. Disinfection, deep cleaning, surveillance, temperature checks, and social distancing enforcement can all be automated in office buildings to keep employees safer. In the world of industrial real estate, robots are ubiquitous. From assembly lines to warehouses, they’ve become essential. As the world comes together to fight against the coronavirus, they may become just as essential in our office buildings. Social robots are finally evolving from accident-prone machines into the helpers we dreamed they could be.