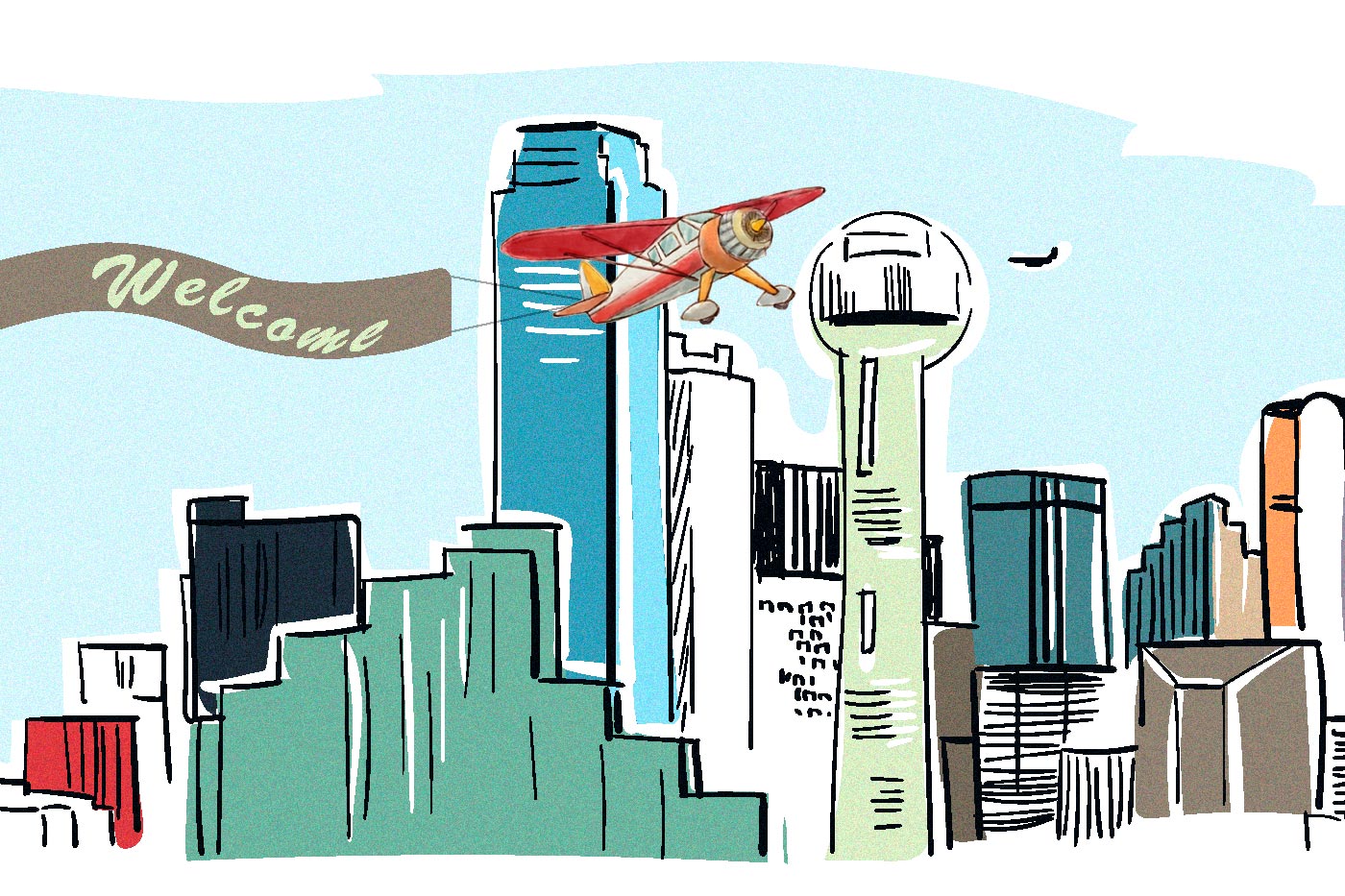 The pandemic has left office markets across the country with more vacancies than they have seen in over a decade. With practically every occupier rethinking its real estate footprint, filling all that empty space will be a challenge. It isn’t just office landlords who are fighting for tenants in this softening market, cities are also competing to bring in workers. This will likely accelerate an already growing trend of cities offering incentives for corporate relocations and will have an impact on which office markets will recover the fastest from the reduced demand.

Dallas has been the poster child for relocations since forming The North Texas Commission in the late 1970s, landing a 1,300 employee corporate relocation when American Airlines moved to Dallas from New York. Since then, the 11-county Commission has become a powerhouse. The headquarters of more than twenty Fortune 500 companies are in the Dallas-Fort Worth metroplex, giving it one of the largest corporate HQ concentrations in the country.

Today, Dallas’ office market is battered by the pandemic. Net office leasing in DFW recently declined by another 2 million square feet, leaving DFW’s growing office vacancy rate at 21 percent, according to Cushman & Wakefield. More than 9 million square feet of office space is sitting empty with 5 million square feet of new construction set to deliver. Dallas is far from unique, business papers across the country are full of similar struggles.

Smaller cities, ones that wouldn’t be candidates for large corporate headquarters are also looking to lure people to their zip codes. A year of remote work has left many to explore the option of relocating. Smaller cities see this as their moment to grab some of the migration happening across the crountry. Cities in Northwest Arkansas, Northwest Alabama, and other metros like Tulsa, Oklahoma, and Topeka, Kansas are offering as much as $10,000 to relocate remote workers to their area. Small cities are offering a variety of incentives such as money towards things like internet service, moving costs, co-working memberships, e-bikes, museum memberships, and even down payments on homes just to lure talent from major metros. Municipal programs directors aiming to attract relocations to smaller cities say the initiatives are booming, attracting thousands of applicants.

Cities have been putting billions of taxpayer dollars towards corporate relocation incentives in the name of economic development for decades. Combined, cities and states across America hand out $70 billion in incentives to attract companies every year, according to Good Jobs First, a policy group that studies corporate subsidies. Top keep Foxconn in Wisconsin, Gov. Scott Walker put together a $3 billion subsidy for 13,000 jobs. That’s a $230,000 subsidy per job. Foxconn still hasn’t built that factory. Corporate subsidies were also in the national spotlight during Amazon’s high-profile search for a location to build a second headquarters. Cities rolled out the red carpet, keeping a tight lid on what they were offering Amazon. Cities were so desperate for Amazon’s patronage they flew banners above Amazon’s headquarters to make their pitch directly to Jeff Bezos.

Corporate relocation incentives that essentially pay for jobs are used to bring in valuable new residents but they are also a wealth transfer from taxpayers to corporations, something that is becoming less popular in the current political environment. Either way, many cities feel like it’s their only option. “Cities feel like there’s no alternative,” says Greg LeRoy, executive director of Good Jobs First, told Curbed. “They’ve grown up in a corporate dominated site-selection system, where public officials are playing poker with a weak hand. Their role is to wait for companies to come and knock on the door, and put as much money on the table as possible.”

More often than not, those costs are bared by children. Economic development tax abatements given to corporations alone cost public school districts $2.37 billion in foregone revenue in the fiscal year 2019, a 13 percent increase in just two years, according to a recent report from Good Jobs First. That was before the pandemic tanked practically every office market in the country. Now, offering the right incentives to attract jobs and relocations is a matter of survival, not just greed. A vicious cycle is picking up speed.

The industry’s worst fears are playing out in Minneapolis, where Target announced a permanent shift to a remote work model, saying it would no longer need its 985,000 square foot office lease at City Center, where the retailer planned to employ 3,500 workers through 2031.

“This could become a signaling event to other companies that if Target is doing this, then maybe we should think about this, too. That’s probably causing heartburn to property managers and owners,” Cresa Principal Jom Vos told the Star Tribune.

No state is working harder to attract jobs and relocations than Texas which has one of the most perverse forms of corporate incentives in its Chapter 313 law, which allows a school district to sign off on property tax abate for corporations, the largest source of funding for Texas public schools. The State covers whatever revenue the school district lost, often resulting in more funding than if they’d levied the taxes. The law twists incentives, making it worth it for school districts to give away millions in tax revenue to corporations. Still, taxpayers foot the bill.

Texas’ radical efforts at economic development have paid off. Texas is the leading destination for companies relocating from other states, adding 1,000 new residents a day during the pandemic. Austin continues to make headlines, recently attracting Tesla. In total Austin has nine active corporate incentive agreements with the likes of Samsung, Apple, Charles Schwab & Simon Properties, totaling more than $112 million. Houston isn’t far behind, ranked second in corporate relocations by Site Selection Magazine. Since 2005, more than 200 companies have opted to relocate their corporate headquarters to Texas, according to YTexas. More than 20 of those relocations occurred in 2020.

Still, Texas’ nation-leading efforts and millions in incentives have not been enough to stave off a downturn in the States’ commercial office sector. Texas lost 3.4 percent of its payroll in 2020, the greatest annual percentage decline since 1945 but less than the national loss of 5.8 percent, according to research from Texas A&M Texas Real Estate Research Center. Texas is throwing everything including the kitchen sink at attracting corporate relocations to maintain job growth and it still may not be enough.

That leaves competitors at the state and municipal level with few other options. What impacts of the pandemic are short-term and which are long-term will be a deciding factor in office leasing for every American city. With major cities rolling out to red carpet to attract or simply keep jobs and smaller cities throwing their hat in the ring to seize the moment, landlords and cities are willing to cut historic deals in the most tenant-friendly market since the Great Recession. How these incentives are given will have a lot to do with which office markets will do better in the post-pandemic shuffle. But even though paying to entice both people and companies to move to an area can pay off, it’s important to remember the increasing cost of doing so comes at a steep cost to taxpayers.