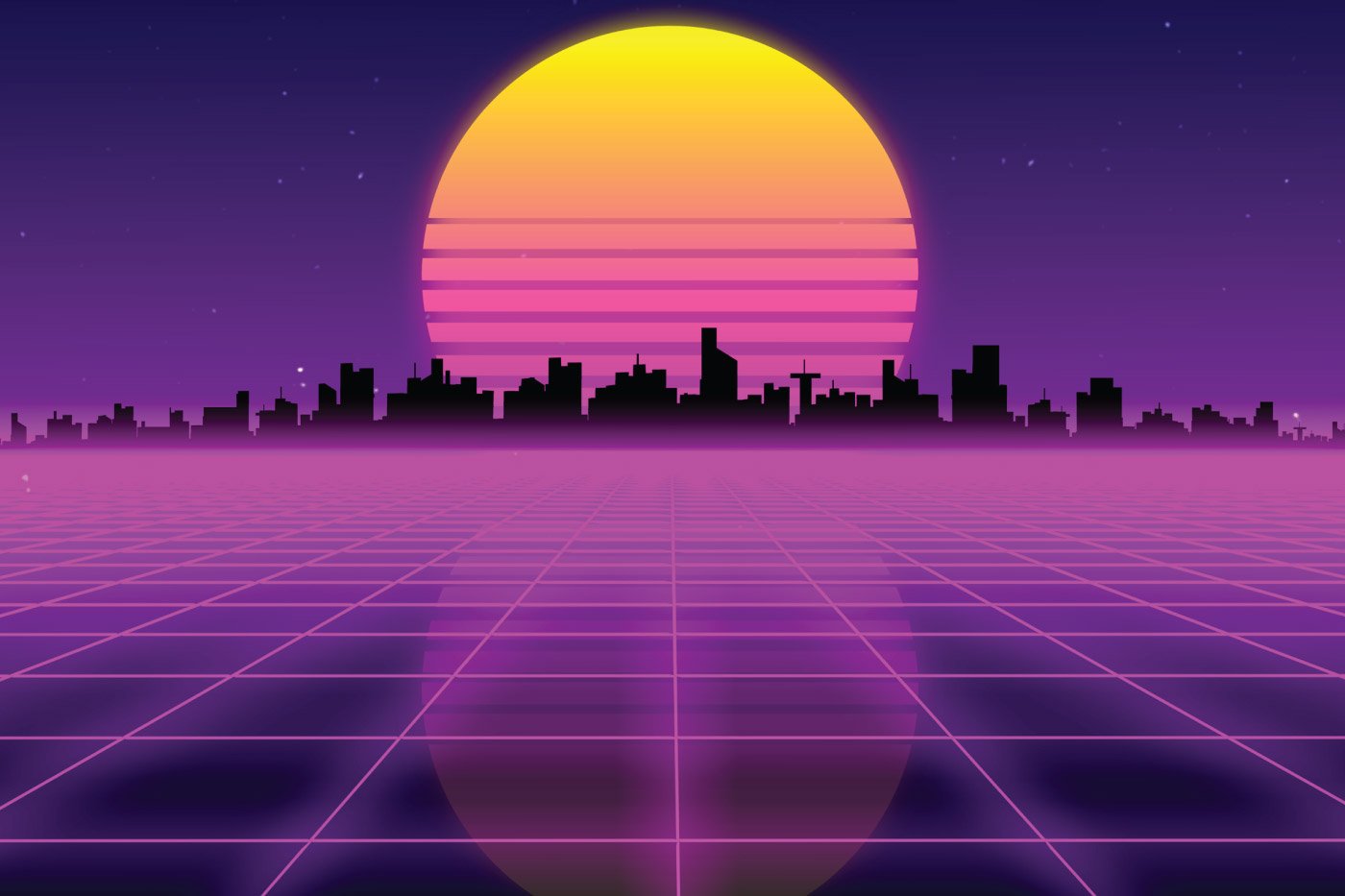 Digital space will be bought and sold just like real estate

The economy has collapsed under hyperinflation. Large cities have become autonomous governmental zones. Privatization has made basic human needs like security and mobility a luxury only available to the lucky few that can afford it. The population spends most of their time in a virtual world, where space is being sold like land to the highest bidder.

No, this isn’t a prediction about the direction of the country. It is the way that the future is envisioned by science fiction writer Neal Stephenson in his iconic 1992 novel Snow Crash. Stephenson’s epic work contemplated the repercussions of the internet in ways that are shockingly prolific when compared to what is happening today, almost thirty years later. He set his story in what he called the metaverse, a replica of our physical realities online. He saw this as a place where people would increasingly go to work, live, play, and escape the ugly reality that the “real world” had become.

The metaverse that he described already existed at the time the book was written in the form of what are called in the geekdom Massively Multiplayer Online Games (or MMOGs for the non-noobs). The first one of record, Habitat, was created by LucasFilm Games in 1985 and became a place where people could fire up their Commodore 64, dial into AOL, and be presented with “a real-time animated view into an online simulated world in which users can communicate, play games, go on adventures, fall in love, get married, get divorced, start businesses, found religions, wage wars, protest against them, and experiment with self-government.”

The game was a huge success, but with the success came challenges. What the team learned became the basis for how games now are designed. They learned that people are kinda terrible in an anonymous environment, the entrance to the first church in the game had to be locked because the flowers decorating it got stolen every time the priest logged out. But, maybe most importantly, they learned that creating this kind of a world is really time consuming. Here is what the authors of a scientific report on the game had to say: “since they can’t all be in the same place at the same time, they needed a lot of interesting places to visit. [ … ] Each of those houses, towns, roads, shops, forests, theaters, arenas, and other places is a distinct entity that someone needs to design and create. Attempting to play the role of omniscient central planners, we were swamped.”

Remember, this is a game with a few thousand users and incredibly basic graphics. Imagine how much money is needed to develop worlds like we are seeing in some of the popular games now. A 2018 survey showed that 61 percent of teenagers in the United States have played Fortnite, that number has undoubtedly grown since. The metaverse in Fortnight is an island a little less than a mile wide, that is just shy of 22 million square feet. The private equity firm KKR led a $1.25 billion financing round for the company, valuing it at more than $15 billion. If we were to just do a back of the GameStop receipt calculation, that would come to around $680 per square foot. There are a lot of Class A office landlords that would kill for that kind of valuation.

If we wanted to get people to spend less time in the physical world and more in the digital one, we would probably invent a scenario pretty much exactly like what has unfolded the last few months with contagion risk, lockdowns, and social unrest keeping people locked in their homes, looking for ways to escape. The current situation has changed the way we all think about our relationships with the digital world and has got us thinking about the future of the relationship between “real” real estate and virtual real estate. This isn’t a zero-sum game. People who are online are also in a physical space as well. However, there be a convergence of the two, or even a certain “land grab” mentality as the world builds out our future spaces in bricks and bytes.

Digital real estate isn’t only valuable, it also creates an avenue into people’s lives and therefore their discretionary income. For example, in Fortnite, gamers purchase various types of virtual goods using “V-Bucks.” Fortnite and competing platforms have also leveraged brand partnerships for marketing and revenue generation. For example, virtual concerts have been popular for years. Brands sponsor these shows in a similar manner to traditional live shows. In April 2020, a record 12.3 million people logged onto Fortnite concurrently to watch rapper Travis Scott “perform” his new single “Astronomical” within the virtual world.

If brands and individuals can successfully perform and monetize concerts within these virtual worlds, what other types of industries will migrate into these worlds within the coming decade? What does real estate investment look like within these virtual and digital worlds? In 2006, Anshe Chung became the first avatar online to make the equivalent of $1 million USD selling “real estate” online through Second Life. As described by Wikipedia, “Second Life users, also called residents, create virtual representations of themselves, called avatars, and are able to interact with places, objects, and other avatars. They can explore the world (known as the grid), meet other residents, socialize, participate in both individual and group activities, build, create, shop, and trade virtual property and services with one another.” The seeds for this potential new asset class within real estate have been effectively planted.

Give Your Building Wings

Such “avatar-driven” interactions among actual real estate investors, purchasers, and sellers could be a new standard for doing business in the age of continual social distancing. For instance, VCs put a huge emphasis on face-to-face conversations among themselves that often amount to nothing but spitball sessions. However, they can also yield the spark of an idea or an insight that leads to making an investment bet on a startup concept. Can Second Life morph into a virtual lounge where LPs can gather to talk together from anywhere in a more dynamic format than what are already becoming tiresome Zoom calls?

In real estate, we could see programming avatars to judge and close on all manner of real estate deals that would otherwise be impossible with just emails and photos. Instead, there could be a visually and intellectually stimulating simulation of real life that would keep us updated with little to no effort on how our business is doing, much in the way a gamer receives real-time and summary statistical analysis in an exciting setting.

This type of scenario in mind, do the accelerated technology dynamics that we are now confronted with create an opportunity for real estate speculation in virtual worlds to cross the chasm into the mainstream? It is not unreasonable to speculate that in the next decade we will start to see traditional multi-strategy real estate investment managers—already with plans in place for office, multifamily, and industrial portfolios⁠—also adopt a virtual world strategic portfolio. Such managers can use a virtual platform to facilitate interactions leading to deals entirely online for “real property.” Or perhaps they will even delve into a parallel real estate universe where companies build, manage, and transact virtual properties just like they do with physical ones now.

As PropTech investors, advisors, and consultants, our teams at MetaProp and PRussoPropTech are always trying to understand the future of real estate, physically and digitally, through technological innovations. For the last few months our headquarters in New York City, “PropTech Place,” has sat vacant. The office is typically a place filled with business networking, where chance encounters between tech entrepreneurs and real estate investors are the norm. We are actively seeking to recreate this magic in the metaverse. If you want to discuss the possibilities of virtual real estate speculation (or any other far fetched real estate or tech concept, please join us for a “cocktail” (no in-game purchase necessary) at the digital PropTech Place lounge, soon to be located in a virtual world near you. 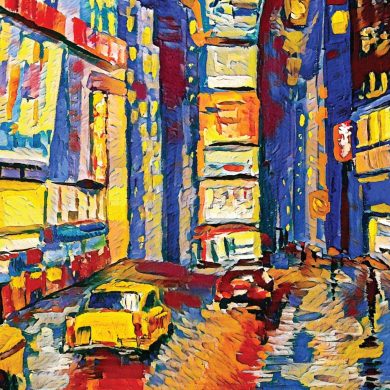