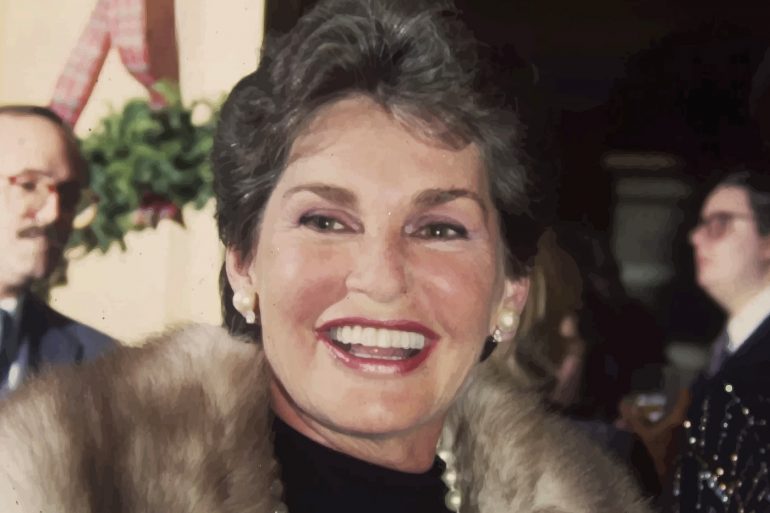 The Complicated Legacy of the “Queen of Mean”

There was a time when Leona Helmsley was nearly a household name. She was the melodramatic, heavily made-up actress in a tv commercial for a hotel chain. The ads ran for decades and featured her saying over the top things like “It’s the only Palace in the world where the Queen stands guard.”

The ads were for The Helmsley Palace, one of the many hotels that were owned by her husband Harry Helmsley. Within weeks after meeting the billionaire real estate tycoon she was offered an executive position as director of cooperative sales at Brown, Harris, Stevens, a Helmsley subsidiary. “It was Harry’s idea,” she said at the time. “He thinks I deserve it, he thinks I’m good. He said I was so involved in the business, I might as well be president and he’d be chairman. He said the best thing about it was that the board of directors meeting was over when we got out of bed.”

She had a real estate career before she met Harry selling luxury apartments that were being converted from rental units to cooperatives on the Upper East Side of Manhattan. By 1969 she had become a vice president of Pease & Elliman, a real-estate brokerage company, then later was promoted to president of the company’s cooperative division, Sutton & Towne Residential. When she met Harry she was in the process of losing her real estate license for forcing tenants out of their rentals to make way for the conversions.

It was at the helm of this hotel empire that Leona earned the title “the queen of mean.” She was known for her fast temper and public tongue lashings for employees. Some of the people that worked under her even devised a warning system to tell their team that she was on her way to the office.

Despite their wealth, the Helsmleys were known for their greed. They were notorious for not paying contractors, a trait that eventually came back to haunt them. Disgruntled contractors tipped the New York Post off to the Helmsley’s practice of invoicing their real estate company for work done on their palatial mansion. (If you want to see it for yourself watch the 1968 movie, “A Lovely Way to Die,” starring Kirk Douglas, it is a reoccurring set for the filming). This sparked an investigation for tax fraud that eventually went to federal trial. Harry’s health declined and Leona was left to be sentenced alone. She was eventually convicted on 33 counts of fraud and served 18 months in federal prison.

The remainder of her life was spent in litigation, with financial advisors, with former colleagues, and with employees. When she died in 2007 she left an estimated $5 billion dollars to a trust with the directive of using the money to benefit dogs (after she set aside $12 million for her own Maltese, $1.4 million for a mausoleum, and $3.5 million to ensure that her final resting place was cleaned at least once a year.

As easy as it is to vilify Leona, she was a lot more complicated that the tabloids let on. She and her husband gave $10 million for the construction of a new hospital and $33 million to what became the Helmsley Medical Tower. In 1993, after reading that 1,000 Christmas toys for homeless children had been stolen, Mrs. Helmsley arranged to have them replaced. Her trust has also eventually pivoted away from canines and now uses its resources for “Crohn’s Disease, Israel, Rural Healthcare, Type 1 Diabetes, Vulnerable Children in Sub-Saharan Africa, and New York City.” The Queen of Mean might have had a bad reputation but her lore lasted long after her death; there have since been almost a dozen movies and tv series about her and she has even been the subject of a broadway musical. Not bad for a highschool drop-out daughter of a Polish-Jewish immigrant hat maker.