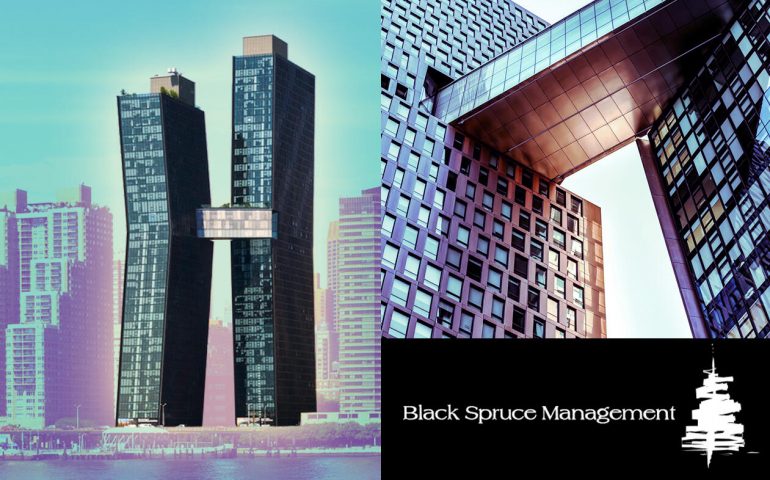 The Biggest Landlord You Don’t Know: Meet the 36-Year-Old Behind One of the Priciest-Ever Apartment Deals in NYC

Even as he acquired 4,000 apartments over the last dozen years, Josh Gotlib managed to stay under the radar. His $850 million play for one of New York’s most prominent rental towers may finally thrust him into the spotlight.

Gotlib, who runs real estate investment firm Black Spruce Management, struck his biggest deal yet by going into contract to buy the American Copper Buildings, twin luxury towers overlooking the East River in Murray Hill. The transaction for the 750-unit property at 626 First Avenue marked the 36-year-old Lower East Side native’s leap into the top echelon of New York dealmakers.

“He is very mature, pragmatic and has a long-term view,” said Cushman & Wakefield’s Adam Spies, who co-led the team that’s brokering the purchase from JDS Development Group and Baupost Group.

Black Spruce, which Gotlib co-founded in 2009 with Oliver Legg, stayed busy through the pandemic. Spies said he’s done more than $1 billion of multifamily deals with Gotlib in the past year. In November 2020, Black Spruce closed on the $200 million purchase of 50 apartment buildings at the northwest corner of Central Park, bucking a trend in which many big pre-Covid transactions fell through as the pandemic raged.

The firm combined those buildings with others earlier this year and recapitalized the portfolio in a deal that valued about 1,800 units at more than $700 million. Black Spruce is also pursuing a prized Brooklyn multifamily portfolio owned by the beleaguered Yoel Goldman of All Year Management.

Gotlib, who lives in Brooklyn with his wife and two children, told The Real Deal that his company invests mostly in market-rate and affordable housing, and has done a number of deals recently with the city to preserve affordable units.

“We have confidence in the continued growth and success of the city,” he wrote in an email.

Gotlib cut his teeth as a broker at First Meridian Mortgage, where he worked from 2003 to 2007, according to a biography on the Black Spruce website. For the next two years, he bought, rehabbed and sold more than 50 distressed assets in upper Manhattan. In 2009, he began buying one-off buildings that had been seized by lenders during the Great Recession.

He focused early on in places such as the Bronx and Brooklyn. As the company expanded, he took on bigger deals. In 2015, Black Spruce paid Normandy Real Estate Partners and Westbrook Partners more than $100 million for a piece of the Tri Borough portfolio.

Gotlib teamed up with some of the city’s biggest investors. For the Manhattan recapitalization, he brought in Isaac Chetrit, who invested $200 million. Two years ago, Gotlib partnered with Ben Ashkenazy to buy a retail and residential building at 25 East 67th Street, on the corner of Madison Avenue, for $70 million.

Many of his deals have affordable housing components like the state’s Article XI program, which provides tax incentives to rehabilitate affordable units. About 20 percent of American Copper’s units are set aside for income-restricted residents.

These days, his collection of about 4,000 units puts him among the city’s largest apartment landlords, though you wouldn’t know it from his public profile.

He doesn’t have an account under his name on LinkedIn, and similarly can’t be found on Facebook, and Instagram accounts using that name are private. Two Twitter accounts under his name each have fewer than two dozen followers and haven’t posted in about a decade.

The source of his capital remains a mystery that even many of New York’s biggest brokers haven’t solved. One person with knowledge of the company said Gotlib taps a small network of private investors. For now, Black Spruce is in the market for a $550 million loan to finance the American Copper deal.

It’s set to be one of the largest apartment building deals in New York history.