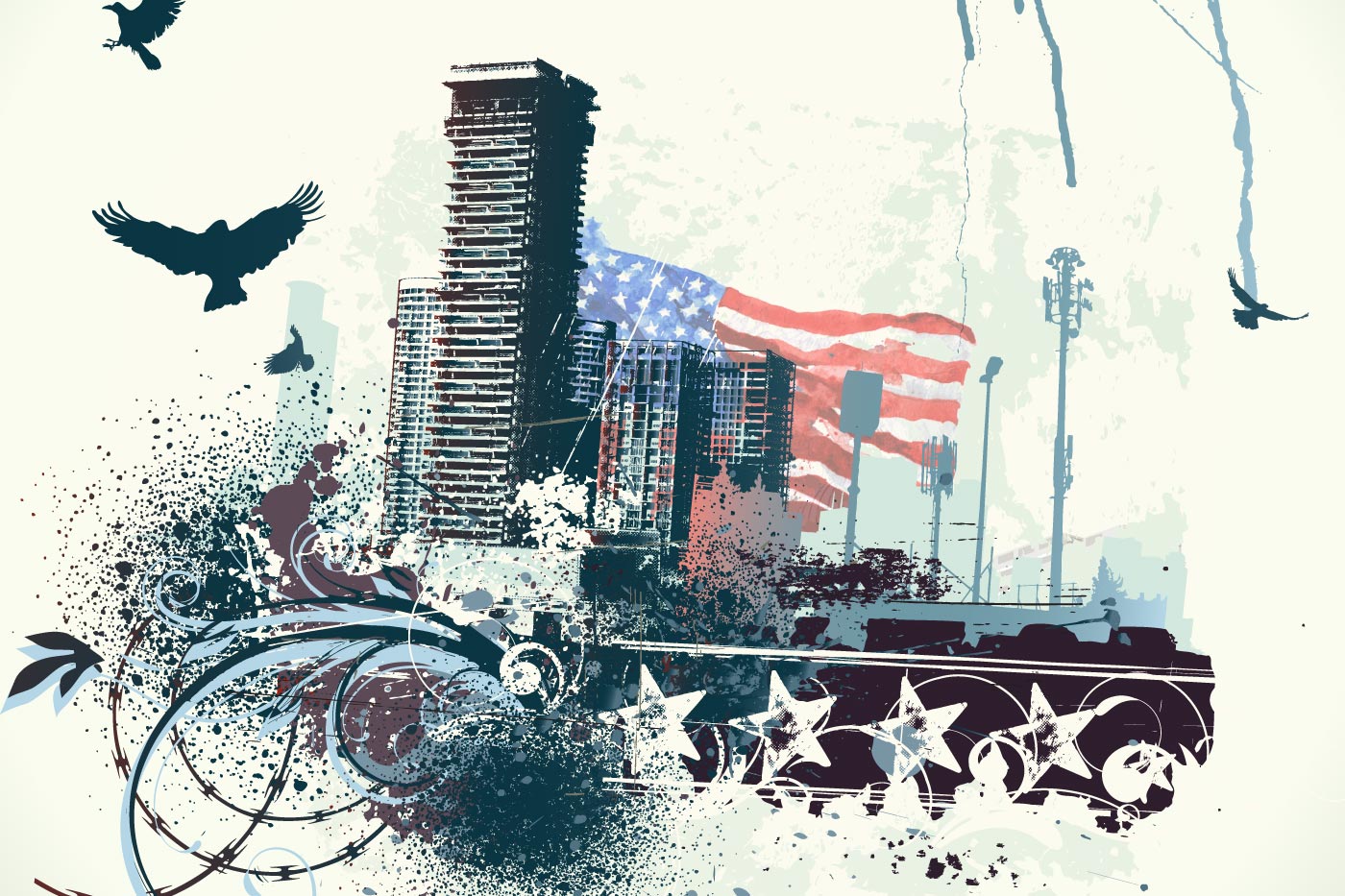 This article is the third of a series on affordable housing. The first two articles can be found here and here. Each article includes a podcast where I explore some of the themes and get a little personal with the experts I interviewed. This special series is made possible by the generous underwriting of MRI Software.

When you start learning about affordable housing, you learn very early on that there are two definitions for the term. The first one, the one that most people think of when they say things like “we need more affordable housing,” means the general affordability of housing in an area. The other definition, the one that people in the industry call “Capital A affordable,” means housing specifically designed to house people making lower than average incomes. These buildings, by and large, have been funded thanks to one of the biggest tax incentives in American history.

To understand the state of America’s (Capital A) affordable housing, we have to travel back in time to 1986. The world was shocked by the explosion of the Space Shuttle Challenger and frightened by the nuclear disaster at Chernobyl. “We Are The World” won song of the year at the Grammy’s and Top Gun was topping the box office. President Reagan was halfway through his second term and was putting together a series of tax cuts that he promised during his reelection campaign.

But as the legislation was working its way through Congress, affordable housing experts realized that the new law, which would effectively cancel the benefits of depreciation tax deductions, would also make producing any new affordable housing completely infeasible.  Since lower-income Americans were more likely to rent than own, this would constrain the supply of housing for those that already struggle to afford it. In order to make up for what would surely disincentivize building rental housing, a Low-Income Housing Tax Credit provision was added to the Internal Revenue Code at Section 42. Instead of depreciation deductions, LIHTC offered affordable housing investors a dollar-for-dollar reduction in federal income taxes, up to nine percent of costs every year for ten years, with an expected present value of 70 percent of the total development cost.

Since then, nearly 3 million affordable housing units have been placed in service using the LIHTC incentive, and the program accounts for nearly 90 percent of all the affordable housing created in the U.S. The federal government gives each state an annual allowance to allocate these credits to developments that promise to restrict rent, usually for 30 years or more, for low-income tenants. Each state then awards credits in a highly competitive bidding process under a Qualified Allocation Plan. Developers can then sell investors (chiefly financial institutions) the right to these future LIHTC credits in exchange for cash equity they use as a key source of development finance. There is also a variant, four percent of the tax credit that is awarded as-of-right to properties that receive an allocation of ten year tax-exempt bonds worth up to 30 percent of development costs. These credits have worked so well that nearly half of all states also have their own piggyback-style state housing tax credits.

The tax-incentivized affordable housing sector has become an industry of its own and offers a unique product that has become increasingly valuable in the aftermath of the pandemic. “Low-income tax credit properties are considered very low risk and they showed that during the last year and a half,” said Allen Feliz, Vice President of Affordable and Public Housing at MRI Software. Government stimulus helped keep the affordable housing vacancy rate well above market rate units even in the depths of the lockdown. The stable nature of these assets and their corresponding tax advantages have made them a favorite of many large investment institutions like pension funds, trusts, and endowments. Almost every large commercial bank also invests in affordable housing thanks to the Community Reinvestment Act which requires lending institutions to invest equitably into the communities they serve.

Low-income tax credit projects go a long way towards helping make a project profitable but they are not enough to get most developments off the ground. “Affordable housing projects can need eight layers of debt below the tax credit loan just to make them pencil,” said D. Hara Perkins, Partner at Goulston & Storrs, a law firm that advises for large real estate developments. Perkins explained that the difficulty in finding equity investors for these affordable developments means that more debt needs to be secured. That debt can come from a large variety of organizations all with completely different investment objectives, making the capital stack much harder to piece together. The average affordable housing development needs around four, often very different, sources of debt in order to be financed.

There are provisions in all of these credits that require affordable buildings to continue to rent to a specified amount of qualifying renters. This requires managers of affordable units to regularly audit their tenants to make sure that they continue to qualify based on their reported AMI in order to avoid having their tax savings clawed back by the government. Compliance often means paperwork, according to Jennifer Trumpy, Vice President of Operations and Compliance at The NRP Group. “The compliance piece is pretty regulated, we have a full team that manually goes through all of the required paperwork,” she said, and adding, “our market-rate properties are paperless but our affordable ones are very much not.” There are a number of technologies that are focusing on helping the low-income industry become more efficient to manage and finance, but the added complications that the tax credits impose is one of the main reasons why affordable housing is considered a unique offshoot of the property industry, siloed from the multifamily housing sector that creates and manages all “traditional” rental housing stock.

Even though the federal tax credit has carved a unique affordable housing sector of the property industry, local incentives are bringing the two back together. Many municipal governments in places like California have created a density bonus for market-rate projects that have an affordable housing component. By allowing developers to put more units on a property in exchange for a certain amount of them serving low-income renters, policies like these incentivize the creation of mixed income developments and give multifamily owners a reason to plunge into the waters of Capital A affordable. Mixed income developments are also seen by many as a more inclusive and effective way to spread affordable housing throughout a city. Rather than concentrating poverty, they are a way to bring lower-income residents into wealthier neighborhoods, ones that have better resources and more social capital than poorer ones.

The incentive has helped spur more affordable housing development but hasn’t encouraged development equally across all markets. Jorge de la Roca is a professor at USC and one of the authors of the study Los Angeles’ Housing Crisis and Local Planning Responses: An Evaluation of Inclusionary Zoning and the Transit-Oriented Communities Plan as Policy Solutions in Los Angeles. He told me that by looking at what the proposed density benefit would be in every market in Los Angeles, they quickly saw a better return on the affordable investment in some markets and not others. “The main cost drivers for developers, at least here in L.A., are the land and the construction,” he said. “Those costs go down in cheaper, less desirable markets so the density bonus gives a better IRR on those markets.”

That means that most of the affordable development from these bonuses will take place in less affluent markets, concentrating poverty in a way that mixed-income housing was designed to avoid in the first place. There is also a greater benefit to be had at the other end of the spectrum. As the report states: “This pattern flips in very affluent neighborhoods. In these expensive neighborhoods, the cost savings from using less land per unit exceed the income losses from the affordable units required.” Here again, we have a problem. Affluent neighborhoods have proved to be the ones best at stopping development. Local officials often cater to wealthy local residents, some going as far as paying fines for not meeting state housing mandates.

Despite their shortcomings, density bonuses are a great way to promote mixed-income housing. There is an ongoing debate about the efficacy of bringing people of different economic positions to live together in one place. Some studies have shown that there is not as much benefit to the lower-income neighbors as was thought. One went as far as to say, “Mixed-income communities have not generated the hypothesized improvements in economic well-being for low-income households. While some evidence suggests an increase in employment, the evidence is weak at best about income benefits.” This study admits that there are benefits to mixed-income communities like mental health improvements for lower-income residents and a better public perception of affordable housing. But the authors point out that the mixing of affordable housing with market-rate does not diminish the need to provide other critical services for helping low-income residents.

Until now, most affordable housing has been funded thanks to a tax deduction and managed by nonprofits and charitable organizations. But that will not be enough. Maybe, instead of looking for better ways to use tax breaks to bring money into affordable housing, we should be thinking about if tax breaks are the best way to go about it at all. We could consider revamping zoning rules and retooling permitting procedures. We could find ways to allow the creation of affordable “by right,” issuing permits when certain predetermined criteria are met rather than at the whim of neighborhood councils. We could find ways to make affordable housing cheaper to build, easier to manage, and more profitable.

Though LIHTC is among the most durable affordable housing programs ever, it’s showing its age—a lot has happened in 35 years. But tax laws are hard to change and housing policy is politically contentious in unexpected ways. All of those things will take a long, hard, and frankly complicated conversation about what affordable housing (Capital A or non) should be. For now, low-income housing tax credits will continue to be the driving force behind affordable housing in America and more and more of the “traditional” property industry will need to understand and utilize it to build the affordable units that our cities desperately need.