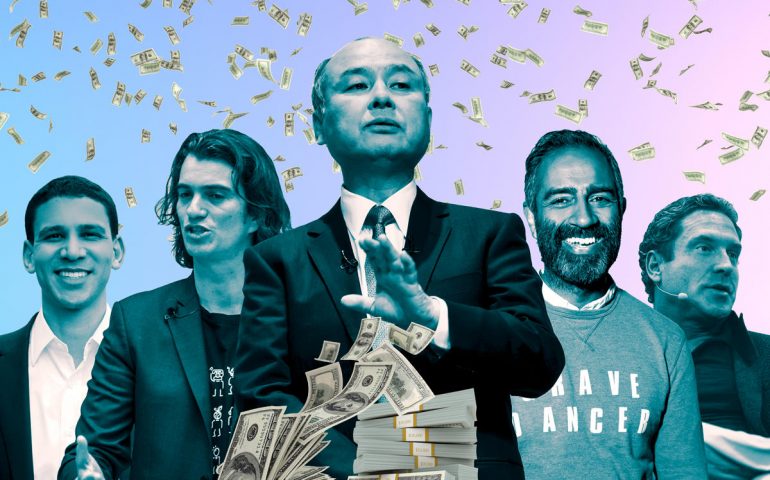 One of the key figures behind WeWork’s rapid growth has joined real estate data firm CompStak’s board of directors.

CompStak recently completed a $14 million Series B fundraise and is looking to break into new markets and take on new customers. Mandel said that Fano’s connections in the real estate business will certainly be an asset, but said CompStak will benefit as much from Fano’s expertise in how to manage that growth internally.

“WeWork has gone through a massive correction because the public markets didn’t believe in how it was valued,” Travis Putnam, a managing partner of venture capital firm Navitas Capital, told The Real Deal in October.

Putnam’s comments proved to be prescient for other startups as well, including residential brokerage Compass and construction firm Katerra.

Behind many of the funding rounds that have propped up these companies was SoftBank, the Japanese technology giant that oversees a $100 billion venture capital fund, the world’s largest.

In our ranking of 2019’s largest funding rounds for U.S. real estate tech startups, compiled by Pitchbook, SoftBank figured in four of the top 10 funding rounds. Those four alone totaled more than $12 billion, out of $16.8 billion.

The rise of iBuying is also in full swing, and investors are taking notice. OpenDoor, a San Francisco-based startup launched in 2014, almost doubled its valuation this year to $3.8 billion. Rival firm Knock also scored a huge funding round that brought its total amount raised north of $600 million. Both firms are reshaping how homes are sold, with some studies pointing to higher costs for sellers.

Despite everything that happened to WeWork this year — an abandoned IPO, the ouster of its CEO and thousands of announced layoffs — the office space company still secured the largest funding round for the third straight year.

Speculation about the company’s troubles began to mount in January, around the time it was courting SoftBank for a $16 billion funding round, which would have been the largest ever. Instead SoftBank put in $2 billion — still the largest funding round of 2019.

The funding round valued WeWork at $47 billion and cleared the way for the company to build a path to the public markets. But as investors became jittery amid concerns over corporate practices and governance, the company was forced to shelve plans for an initial public offering. In the ensuing months, CEO Adam Neumann was forced out of the company by SoftBank. The firm’s valuation plummeted to $8 billion and SoftBank was forced to issue a roughly $9 billion financing package.

Landlords who have filled their buildings with WeWork now face the possibility of having to find new tenants in the event WeWork withdraws from some locations.

The iBuying craze, which allow buyers to purchase homes instantly online without ever visiting the property, is set to reshape homeselling in 2020. New York-based Knock is ensuring that it’s well-capitalized for the trend.

The firm, which launched in 2015, is pitting itself against other established players in the iBuying space, including OpenDoor.
Its latest funding round, in January, was a vote of confidence from some prominent investors including RRE Ventures, Foundry Group, Corazon Capital and FJ Labs.

It was the size of the funding round, however, that raised eyebrows: After raising $32 million in 2017, the firm’s follow-up round this year totaled $400 million.

Some investors who didn’t sign on to WeWork saw a counterweight in Knotel, another flexible office-space firm.

Since launching in 2016, the New York-based firm has opened more than 200 locations in four countries.

At the time of its funding round in August, the firm proclaimed that it had reached unicorn status — achieving a valuation over $1 billion. It raised $400 million in its Series C round, which included investments from Wafra Inc., a subsidiary of Kuwait’s government pension fund, and GIC, Singapore’s sovereign wealth fund.

As the firm has grown, CEO and co-founder Amol Sarva has been an outspoken critic of WeWork. But as WeWork’s troubles unfolded toward the end of the year, news reports surfaced that Knotel itself was dealing with high vacancies in its locations.

Compass, a brokerage that says it uses tech to streamline the process of selling residential real estate, has also grown at a rapid clip. Over the summer, the New York-based firm secured a $370 million funding round that included cash infusions from SoftBank, Canada Pension Plan Investment Board and the Qatar Investment Authority. The round bumped the firm’s valuation above $6.4 billion.

However, because another company in SoftBank’s portfolio — WeWork — had fallen hard, Compass later faced tough questions about its own business model. Observers pointed to parallels between the two companies, including high executive turnover, doubts about the significance of its technology and breakneck growth.

The second iBuying startup in this year’s rankings, Opendoor, has a longer track record in the sector than competitor Knock.

After raising $300 million in March, Opendoor was valued at $3.8 billion. Its backers included prominent names: SoftBank, Fifth Wall Ventures, GV and Khosla Ventures. In total, the firm has raised $1.5 billion.

The San Francisco-based startup, which is led by CEO Eric Wu, buys homes from owners looking to sell quickly, collects a fee, and then resells them. However, some studies on the iBuying sector found that firms including Opendoor reported thin profit margins on properties it acquired and unloaded.

It’s been quite a year for hospitality startups. In the shadow of Airbnb, Sonder has sought to carve out its own market for refurbished rentals and amenities in apartment buildings.

Led by CEO Francis Davidson, the San Francisco-based firm has raised a total $360 million and manages more than 8,500 units across hundreds of buildings.

But unlike Airbnb, Sonder relies on an asset-heavy model that has drawn comparisons to WeWork, which also leases space, outfits it and then rents it to end users.

However, any concerns have been outweighed by a strong roster of investors, including Fidelity Investments, Spark Capital and Greenoaks Capital Partners.

After its $225 million funding round in July, the firm reached unicorn status — a valuation of at least $1 billion.

While iBuying has attracted investors, so too have other business models that seek to reshape home-selling. EasyKnock, a New York-based firm that launched in 2016, buys homes and then leases them back to the sellers.

Investors issued a full-throated vote of confidence in plunking down $215 million for the firm’s series A funding round (typical series A rounds are less than $10 million). The round included investments from Blumberg Capital, Kairos Society, FJ Labs, 500 Startups and others. However, just $12.5 million of the funding was equity.
The company, which is led by CEO Jarred Kessler, says it operates in 25 states.

Lyric is yet another Airbnb rival drawing significant interest from investors — only this time, Airbnb was among those involved in a large funding round this year.

Its product is attractive to Airbnb, which is aiming to expand Lyric’s operations in New York, where talks have been held with RXR Realty about opening apartment-style units in commercial buildings.

RXR also was involved in the series B funding round alongside Tishman Speyer and previous investors Fifth Wall Ventures and Barry Sternlicht.

Since launching in 2014, the hospitality startup is now in more than a dozen markets. It provides studios and one- and two-bedroom units, with rates that start at $200 a night.

A month after its funding round in April, the firm signed a long-term lease at 70 Pine Street in Manhattan, where it refurbished 132 hotel rooms.

One of the major issues for homebuyers is access to capital. Better.com says it halves the time it takes to get a loan approved.

The startup, also known as Better Mortgage, provides an online service to homebuyers that streamlines the mortgage process by eliminating commissions, fees and in-store appointments with lenders.

The series C funding round, which totaled $160 million, valued the company at more than $600 million. The round, announced in August, was well-subscribed, with more than a dozen investors including Goldman Sachs, Kleiner Perks and Fission Ventures.

The firm has now raised $254 million and is touting breakneck growth: In the second quarter alone, Better.com said, it issued more than a $1 billion worth of loans — besting its combined total for 2016 and 2017. It predicts that by the end of 2019 it will have processed $4 billion in loans to more than 20,000 customers.

CompStak recently completed a $14 million Series B fundraise and is looking to break into new markets and take on new customers. Mandel said that Fano’s connections in the real estate business will certainly be an asset, but said CompStak will benefit as much from Fano’s expertise in how to manage that growth internally. 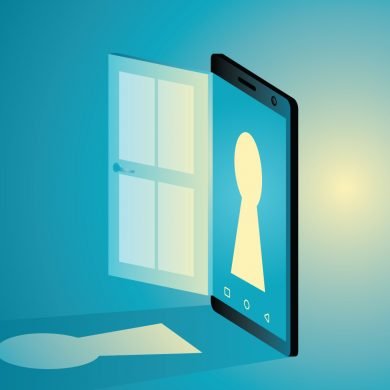