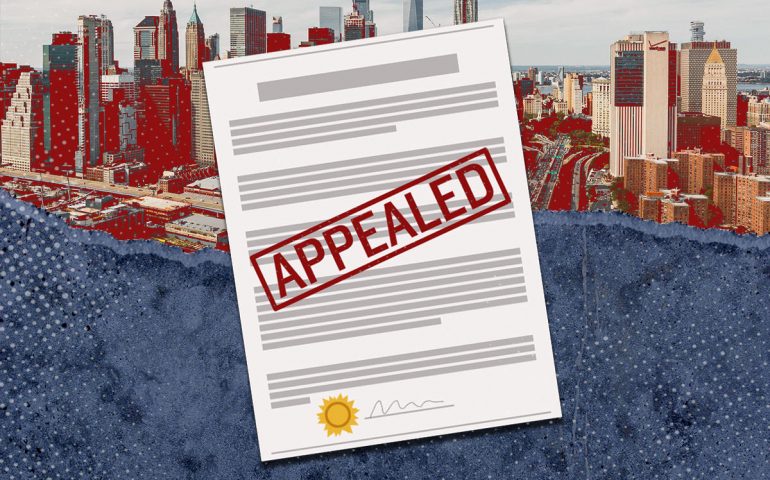 That Was Fast: RSA and CHIP Appeal Rent Law Decision

The groups expect to have oral arguments in 2021

The Community Housing Improvement Program and the Rent Stabilization Association on Friday filed an appeal to the Second Circuit of the U.S. Court of Appeals, after a U.S. District Judge ruled earlier this week that the government has the power to pass regulations that hurt real estate values.

The appeal will trigger a briefing process at the Second Circuit, and the groups expect to have oral arguments as early as spring 2021.

“As we said when we got the decision on Wednesday, we have always anticipated that we would be pursuing our claims on appeal and that the appeals process would lead to our eventual success,” a spokesperson for the groups said in a statement.

The groups — which together represent a wide swath of the city’s rent-stabilized landlords — filed their challenge to New York’s Housing Stability and Tenant Protection Act last July. The groups expected the case to be dismissed in lower courts, hoping to eventually argue their case before the U.S. Supreme Court and bring a conversation about the constitutionality of rent control onto the national stage.

In an interview with The Real Deal earlier this year, attorney for the plaintiffs Andrew Pincus said that he hoped bringing the case before the Supreme Court could help provide a regulatory road map as other states experiment with rent control to address the housing affordability crisis.

Those arguing in favor of last year’s new rent law have said that, should the case reach the Supreme Court, they do not anticipate the body to rule in favor of landlords. Ellen Davidson, a staff attorney at the Legal Aid Society, which is a party to the case, noted that even conservative Supreme Court justices have upheld rent regulations, which have been in place in some form since World War II.