Why Every Property Owner Should Be Thinking About EV Charging Stations 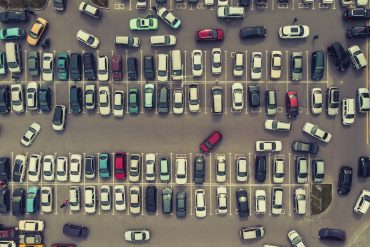 Cities Are Finding a Good Spot to Rethink Parking Minimums

The Pandemic is Extending Your Building’s Experience to the Curb 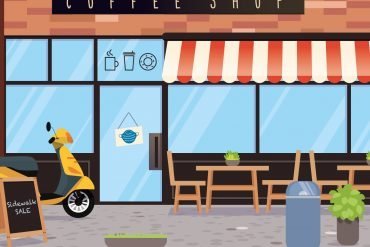 Technology Is Helping Cities Understand Their Own Parking Inventory

One of a city’s offerings, its products if you will, are the streets that run through it. They are one of the most important pieces of public infrastructure that moves a city’s lifeblood—income spending, tax paying people—throughout their interior. They can be utilized in a number of different ways, as thoroughfares for commuters, venues for farmers markets and street fairs, or as places to leave a car temporarily. That last use, parking, is a rather important one for most cities. It is important to the economy. By some estimates looking for parking costs Americans $73 billion a year, wasting an average of 17 hours per year for every person. It is also important for the vitality of a neighborhood, in rather complicated ways. Forty percent of motorists have said that they avoided driving to certain places due to parking challenges yet studies have shown that overabundant parking can actually increase traffic by encouraging more single occupancy commuters.

Cities worldwide are starting to rethink their relationship with automobiles. While they will likely always be a large part of the urban logistics landscape, innovations like public transportation, ride sharing, dockless bikes and scooters, and (eventually) autonomous vehicles are changing the way cars fit into the cities of the future.

But as cities grapple with how (and if) they have cars in densely populated areas they are faced with a shocking reality: they don’t know how much public parking they have. “It is as if cities are trying to sell a product and don’t have any idea about their inventory. It would be like a landlord not knowing the square footage of their building.” That is Stephen Smyth, co-founder and CEO of a company called Coord. His company uses technology to help cities understand their own curbs. They then sell this information to private industries like fleet vehicles and, yes, even autonomous vehicle manufacturers.

They see themselves as a bit of an intermediary between the public and private sector. In their product lineup, they have created a tool, called Surveyor, that lets city surveyors walk streets, scanning curbs with an iPhone, as a means to record the curbside regulations. It uses an augmented reality app to accurately capture features such as parking signs, fire hydrants, curb paint, bus stops—anything that can affect the regulations or accessibility of the respective curbs. Coord then interprets municipal codes and regulations and overlays the data on a curb map to help cities take a data-driven approach to curbside management.

Coord was selected by the City of San Diego out of a pool of hundreds of candidates to help city officials inventory the parking regulations for their downtown “Gaslamp District.” The company also recently launched Open Curbs, the first open, multi-city platform that makes standardized curb data publicly available to city agencies, engineering firms, mobility providers and community groups.

“We don’t own the images of the streets, that is owned by the taxpayer. We just use it to create regulation data that can map out how the curbs are allowed to be used and at what times,” Stephen said. He was quick to point out the relationship between the curbs and urban mobility, “we see this as much as a land use problem as a transportation problem,” he said. “Cities are a system of many different people, modes, and use cases. So, we think that it is important to have some way of allocating space in a productive manner. We are a tools provider and we chose to start at the curb.”

You might have heard about a lot of different high tech ways that cities are rethinking their parking. Connected street lights that can send usage information to city data centers in real time, flexible curbs that can change color based on the current needs of traffic. While these are compelling applications of hardware and software, they often ignore the fact that so little is known about the general state of parking in the city. Stephen said, “there is a lot of talk about having cameras and hardware installed to analyze a city’s parking. The problem is, this is expensive and requires a lot of jumping through hoops to get permits. We decided to take a hardware light approach.” He thinks that having an easy, cost-effective way to compile data about city parking is can bring about much more positive change than “million dollar curbs.” These flashy projects might get the headlines but when you look at what a small percentage of a city that they are actually able to understand, it becomes clear that they are a long way from being the solution to our massive parking problems.

There is something profoundly important about a curb. It is literally the divide between the public and private spaces of a city, between the automotive and pedestrian populations. They keep our cities orderly, dry and safe. They are a public good in any form they take. But, in order for them to be able to give as much to their cities as possible, we have to do a better job at understanding their current functions at any given point during the day, and how we can improve accessibility for everyone.