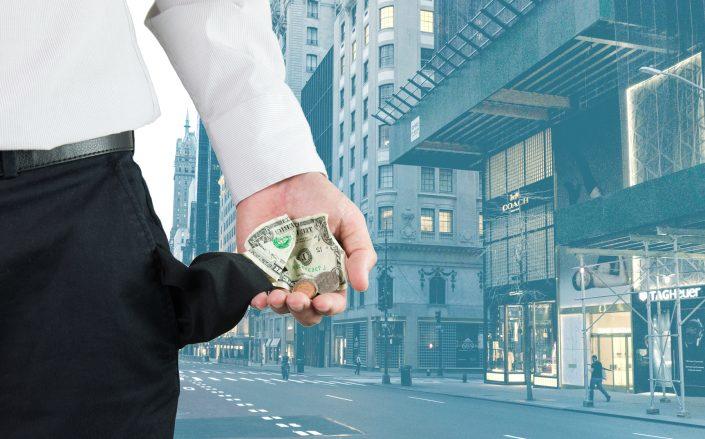 Retail landlords and mall owners have collected just 15 percent of what they were owed (Credit: background by Erin Lefevre/NurPhoto via Getty Images)
Partner Content
·1 min read

With state-mandated retail closures across US, the battle between retail landlords and retail tenants is heating up

The fight over commercial rent payments looks like it may be ugly.

So far in April, some retail landlords and mall owners have collected just 15 percent of what they were owed, according to Bloomberg, citing a Marcus & Millichap estimate. And it is only expected to get worse in May, when more than $20 billion in rent payments will come due, the report noted.

Retail landlords in the U.S. generally collect more than $20 billion per month in rent, according to CoStar. But in April, landlords with higher concentrations of shuttered stores have so far collected between 15 and 30 percent of rent.

Several landlords are trying to negotiate deals with lenders to avoid their own defaults. Insurance companies and banks are working with them on a case-by-case basis, but there are fewer options for borrowers in commercial mortgage-backed securities.

So far, about 11 percent of CMBS retail property loan borrowers have been late with their April payments, according to Trepp. That means $13 billion in CMBS loans could miss their monthly payments if the pace holds up.

“The banks are a little more fluid, and often there’s recourse,” B+E CEO Camille Renshaw told Bloomberg. “But many large properties have CMBS debt, and when there’s a crisis, no one is there to pick up the phone to negotiate.” [Bloomberg]  — Eddie Small