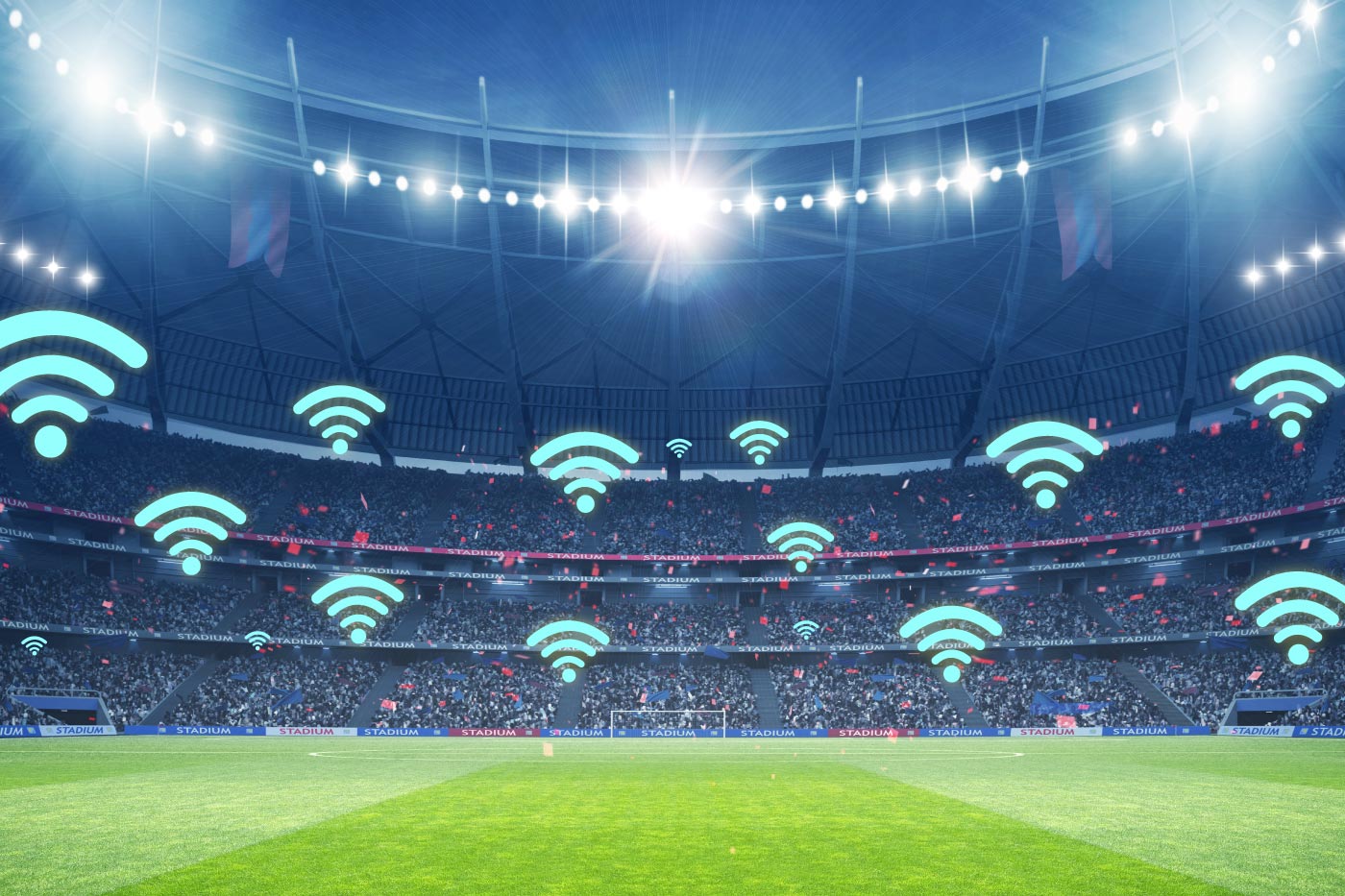 This Sunday, SoFi Stadium in Inglewood, California, will star alongside the Los Angeles Rams and Cincinnati Bengals in Super Bowl LVI. What the millions of viewers around the globe won’t see is the technology making the spectacle of a structure possible. Built with the future in mind, SoFi stadium is built like a smart campus that just so happens to have a football field, defining the future of public buildings through technology.

Technology was at the heart of SoFi Stadium from its inception. Rams Owner and Hollywood Park Developer E. Stanley Kroenke wanted to create a stadium that brought the fan experience into the 21st century by leveraging technology. Cognizant of the fact that the popularity of television broadcasts challenges in-person fan attendance, the goal of SoFi was to create a sense of place that fans just have to experience for themselves. Technology was infused into the stadium and surrounding facilities in the construction process through the first-ever use of a digital twin. Hollywood Park was constructed first as a digital twin of the 300-acre sports and entertainment facility used by designers and facilities managers to identify potential problems, optimize sustainability and manage risk.

“Knowing how incredibly complex these modern buildings are, it’s really starting to strain the traditional methods that we have used to manage and maintain and operate these buildings, and so tools like digital twins I think will become a necessity for stadiums, for venues, for other complex public assembly venues. I think it’ll be absolutely critical,” SoFi Stadium and Hollywood Park’s Chief Technology Officer Skarpi Hedinsson said.

One of the biggest challenges in bringing SoFi Stadium to fruition was the scale and complexity of the site. The 300-acre, 3.1 million square foot facility is a multi-purpose sports and entertainment complex. Bringing the building data, infrastructure, traffic, operations, security, telecommunications, and other details together to coordinate in one data platform is the type of monumental task suited for a digital twin. Working with the tech company Willow the design team was able to bring all that data and operations into one platform that can “find a single source of truth for our data, our asset management” to extract the maximum value of digital twins.

The backbone of SoFi’s technology is the stadium’s single, converged network powered by Cisco and technology integrator AmpThink. The network connects practically every piece of technology in the stadium. Every point of sale, TV, router, access point, and IoT device communicating is on one of the most powerful purpose-built networks ever constructed. The stadium has its own data center, running the entire stadium on Cisco Hyperflex hyper-converged infrastructure, enabling the entire operation with just a few server racks. Throughout the stadium, Cisco has installed 229 telecom rooms and pedestals with 274 Nexus and Catalyst switches. All that jargon means one thing: a lightning-fast network. Broadcast video runs on the network in uncompressed 4K, creating the only 4K HDR live production facility in America. A direct 100 Gig-E interface connects the stadium directly to the NFL’s network.

The Super Bowl is only SoFi’s big debut. Next year SoFi will host the College Football Championship Game, major concerts are already sold out, and in 2028, Sofi will host the opening and closing ceremony of the 2028 Olympics. “We’ve designed the network looking forward to the 2028 Olympics, where we would expect to see a lot more people on the network across the campus and much larger traffic consumption,” AmpThink CEO Bill Anderson told dot.LA.

Visitors have access to Ciscone net-generation WiFi-6 Standard via 2,500 access points. The state-of-the-art WiFI network is the largest ever deployed at a sports venue. WiFi-6 not only offers greater speed and reliability but is also more energy-efficient. On top of blazing-fast WiFi, an Ultrawide Band 5G network was built out by Verizon. The robust WiFi and 5G networks combined enable all ticketing to be on mobile devices and all payments to be cashless. According to numbers provided to ZDNet, Sofi Stadium uses an average of 18 Terabytes of data for football games, peaking at 24 Terabytes. Concerts at the venue peak at 32 Terabytes of data. Each visitor is using an average of 533MB per visit with up to 84 percent of attending fans on the network.

“It’s part of our ten-year partnership with the NFL to transform the fan experience,” Verizon Business Group CEO Tami Erwin said. “SoFi is just one example of where 5G UW will create a better experience for customers and businesses alike.”

SoFi also has a unique partnership with Samsung. The stadium includes special interactions with Samsung’s Dreamground augmented reality app that displays virtual sculptors and art around the stadium. At the heart of SoFi is Samsung’s 360-degree Infinity Screen encircling the field from above. The 70,000 square foot video board and massive LED canopy are part of SoFi’s digital display strategy. When the screens are off, you can hardly tell who plays at the stadium. All branding and information rely on a network of digital displays through the locker rooms, concourses, concession stands, and stadium field. Thousands of screens can switch branding at the push of a button, instantly transforming the stadium from the home of the Rams to the home of the Chargers. In total, there are more than 131 million pixels, nearly 98,000 square feet of LED spread across more than 2,600 Samsung large format displays throughout the facility.

SoFi and Hollywood Park’s dedication to technology didn’t end when construction finished. Carmaker Hyundai announced it will sponsor 60 vehicle charging stations across the Hollywood Park campus. Just before the Super Bowl this year, Hollywood Park doubled down on its commitment, agreeing to enter a multi-year deal with Deloitte as an official digital transformation provider and an official technology alliance sponsor of SoFi Stadium, YouTube Theater, and the Hollywood Park development as a whole. Deloitte will help with the stadium’s digital web and app experience, create a comprehensive set of cyber security capabilities, and develop a suite of next-generation marketing tools.

All this talk means Sofi Stadium has quite the expectations to live up to. So far the stadium has been well received but only time will tell if the massive investment will pay off for the region. Hosting one of the stadium’s home teams in the Super Bowl is an auspicious start for a stadium that just began welcoming fans six months ago and this Sunday the eyes of the world will be watching.