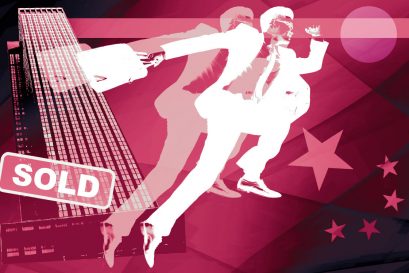 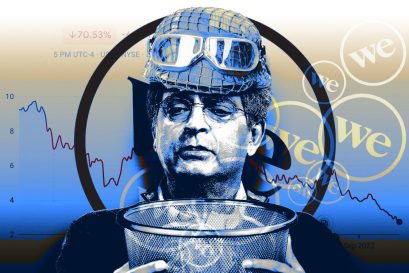 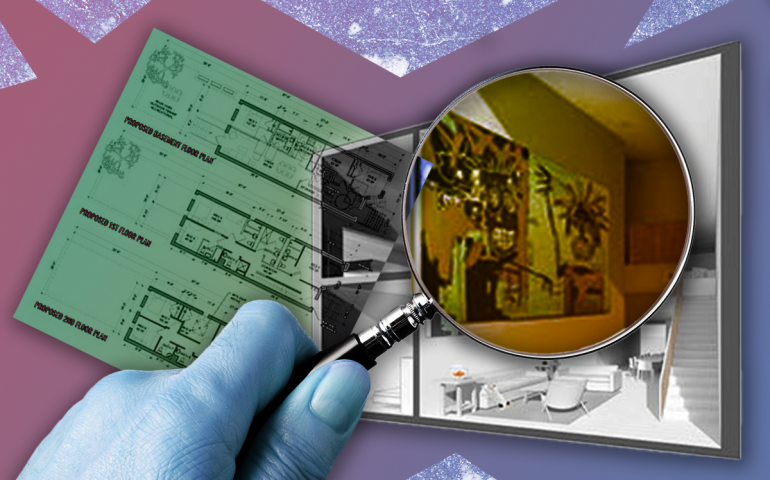 Does size matter? Not according to these three developers, who are spearheading the city’s experiment in small-scale living (Think! Architecture, iStock)
Partner Content
·7 min read

For 25 years, developer Chris Cirillo has been trying to make something — anything — out of 244 East 106th Street.

At 27 by 100 feet, the East Harlem lot has always been too small to develop. But in 2017, city planners upzoned his de-facto trash dump. His hypothetical building on the vacant parcel jumped from nine stories to 17, could cover more of the lot, and needed less parking. Finally, he had options.

Cirillo’s good luck continued in 2019. Facing a housing crisis, the city raised the Bat-Signal, asking developers to submit proposals for co-living projects, in which tenants can share kitchens, bathrooms and other areas.

That city’s previous experiment in micro-living, six years prior, had resulted in Kips Bay’s Carmel Place, whose modular micro-units produced a lot of buzz but not the low rents some had expected.

The new program, ShareNYC, was geared to ugly duckling parcels — misfit plots that were too small to sustain anything worth building. Like the one Cirillo owned.

His company, Ascendant Neighborhood Development, is now one of three developers building co-living projects that test how far — or rather, how small — New Yorkers are willing to go to solve the housing crisis.

Cirillo’s East Harlem development will stand 10 stories and offer 33 units. The top eight floors will be eight-bed duplexes, with shared, double-height living rooms. Cirillo considered going with micro-units, but found that with a shared-living arrangement, he could include fewer bathrooms and better common facilities.

Ascendant is working with the Ali Forney Center, a local nonprofit that helps LGBTQ youth find places to live. The development will feature on-site offices for the center and a superintendent. In that sense, it’s a test of how co-living would work for supportive housing, already popular among developers with abnormal lots thanks to zoning incentives.

Turning back the clock
Picture an old-school Western, where the grizzled gunslinger rides into town and goes straight to the saloon. He guzzles a whisky, slaps down a silver dollar and heads upstairs to a rented room. He stays there a night, a week, a month — as long as he needs.

Housing in New York City used to look a bit like this. By 1950, an estimated 200,000 single-room occupancy units had proliferated across the five boroughs, offering no-frills rooms for short- and long-term tenants. Typically, these low-cost digs were little more than a long hallway with a handful of private rooms and a shared bathroom at the end.

Some, like the Barbizon Hotel, were single-gender facilities, while others looked like a cross section of the city. They were a cornerstone of the city’s low-income housing stock, but often fell into squalor.

Then came the moral panic. By the 1950s, SROs were associated with filth and vice. The single-gender boarding houses popular with young people were seen as a threat to housing for traditional families.

“There was a generic assumption that a nuclear family is the correct way to live,” said Jessica Katz, executive director of the Citizens Housing and Planning Council. “A group of single women together must be up to no good. A group of single men together — yikes! Not family men.”

Meanwhile, families were fleeing to the suburbs, lured by federal programs. City policymakers tried to stop the bleeding. From 1955 to the 1980s, they changed laws and building codes to take down SROs. In addition to banning their construction, politicians created the J-51 tax break, incentivizing owners to renovate residential buildings to higher-rent apartments.

The seeds of the city’s housing crisis were planted.

By the 1970s, landlords were converting more than 40 SROs a year. A city study in 1982 linked six arson cases at Upper West Side SROs to owners’ trying to drive out tenants. All six buildings became luxury apartments. Meanwhile, builders favored larger apartments with multiple bedrooms and built-in amenities, ideal for families with means.

None of the laws reduced the number of single New Yorkers looking for a place. Today, about one-third of the city’s adults live alone, said Katz. Another 25 percent have roommates they’re not romantically involved with.

“Even for a very, very traditional family, which most New York households are not, you still need other housing options that are not designed for two parents and two kids,” said Katz.

With land as expensive as ever, housing demand tight, and a growing number of single adults, plenty of folks are willing to sacrifice a cooktop to save on rent. And now that the “sharing economy” includes everything from cars to office space, sharing sinks and spatulas no longer sounds so crazy, let alone immoral.

Pushing the envelope
Even a studio apartment, at minimum, needs a kitchenette, a bathroom and somewhere to sleep. And even if a developer managed to get through all the red tape governing apartment size, there still lies that most basic metric: the bottom line.

The city’s zoning determines how many apartments a building can have. To find a building’s limit, planners rely on a metric called density factor. The lower it is, the more units can be crammed into the same square footage.

The city’s densest neighborhoods have a density factor of 680. In those areas, a 100,000-square-foot development could have 147 units, averaging about 680 feet.

No matter how small the units, 147 is the maximum. Developers can try to sell the unbuilt space as air rights to an adjacent parcel owner, but that’s an iffy proposition.

“It doesn’t work out mathematically for a lot of people,” said Fontan. “If it were a great idea, you’d see it on every block.”

“The fact that you don’t have to provide a kitchen and bathroom for each unit saves a lot of money for construction costs,” said Meredith McNair, a community planner at Cypress Hills Local Development Corporation.

Her group is working on ShareNYC’s second pilot project, a complete refresh of an old SRO at 246 Lincoln Avenue in Cypress Hills, Brooklyn. The nonprofit plans to turn those savings into lower rents for tenants, who will be extremely-low-income.

Cypress Hills Local Development plans a gut renovation, which will restore the existing spaces and add two new rooming units, a kitchen and a shared living room in the cellar.

But it hasn’t all been good news. The developer is still trying to pin down a private mortgage to supplement HPD funds, but most federal lenders won’t issue money for single-room occupancies. SRO rules also require an on-site property manager, which takes a unit away from low-income renters and requires a super willing to move into a co-living facility.

Still, McNair says neighborhoods like Cypress Hills are primed for such modernized SROs. Her firm proposed a new, 15-unit rooming house for a vacant, 25-by-100-foot lot. McNair says such lots are common in East New York, but vex developers because of the limits on small parcels. With loosened restrictions, affordable developers can begin to deliver the low-cost units community leaders often call for in new developments.

“That all of a sudden creates a viable type of development on these small lots that are typically very hard to develop and finance,” said McNair.

This isn’t just enticing to affordable developers; for-profit builders have found plenty of profit, and demand, in the shared-living model.

Common, the co-living firm founded by Brad Hargreaves in 2015, targets the young, white-collar professionals you might associate with avocado toast or wearing beanies in the summer. It just took over 7,500 units from Starcity, a former rival. Starcity itself had recently acquired Ollie, the co-living firm that designed Carmel Place, New York City’s first micro-unit apartment building. Common will team up with L+M Development Partners to build the third, and most ambitious, of the ShareNYC pilot projects.

The development, at 309 East 100th Street, in East Harlem will feature 254 units across two eight-story buildings.

“One tower is very… I don’t want to say vanilla, but it’s pretty typical co-living,” said Hargreaves. The other will “push the envelope,” he said, featuring micro-units with their own kitchens and bathrooms, as well as SRO-style co-living quarters.

Hargreaves isn’t concerned about finding renters, whether for micro-units or shared space. As he puts it, the lack of such renters now is a matter of regulation, not demand.

If the laws weren’t so restrictive, “there would be hundreds of thousands of micro-apartments in New York City today, and it would just be part of the city’s housing stock,” he said.

Common and L+M’s development will test the future of small-scale living not just as affordable housing, but for market-rate renters, too. L+M declined to comment, and Common did not provide a timeline for the project. However, HPD expects all three ShareNYC projects to close next year.

“As with most things, if people can figure out a way to make money on it,” said Cirillo “developers will find a way to make it work.”