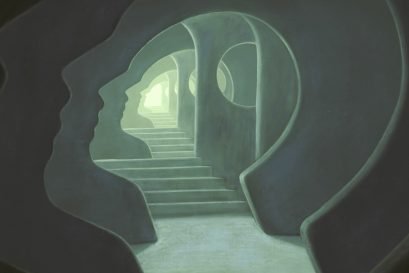 Back in the 1970s and 80s, large corporate office campuses in secluded locations and occupied by a single company were arguably at the peak of their popularity. Many of these properties were in suburban or other car-dependent areas and generally were not located near public transit. They had everything office workers needed in one place: ample parking, food courts, a fitness center, and even childcare. It made sense at the time, and companies around the country were building headquarters and major regional office centers in places where there was abundant space to build.

But that era looks to be over. Though there are many exceptions (such as the sprawling tech campuses from Google, Apple, and the like) developing extra-large office campuses in places that require extensive commutes has been falling out of favor with companies even before the pandemic fragmented the office sector.

Now, in a time where available sublease space is hitting all-time highs, some companies that built all-in-one corporate campuses sequestered away from central business districts and high-traffic areas are finding themselves with extra space and a lot of competition to fill it. In Houston, the largest city in Texas with more than 7 million residents within its expansive metropolitan area, ExxonMobil built a massive corporate campus in 2014 in The Woodlands, a large suburb about 30 miles north of downtown. The company made news recently when it was revealed that the oil and gas giant was looking to sublease space at its suburban campus that the company no longer needed due to hybrid and remote work. According to the report, on an average day, the company used less than 50 percent of the available space at its sizable campus.

The 385-acre campus was built about a mile from Interstate 45, one of the city’s major freeways. It spans over 4 million square feet across more than 20 buildings. While located in a development complex also home to corporate headquarters facilities like Hewlett-Packard, it’s an entirely self-governing campus with a childcare center, 100,000-square-foot wellness center, and a plethora of food and beverage options. This makes sense when the space is all being used by ExxonMobil staff, but what would it look like for another company to lease space there?

It’s a question that so far has not been answered, as ExxonMobil is still reportedly figuring out what to do with the extra space. While it remains to be seen what ExxonMobil will end up doing, it’s an example that is unique among large office campuses. “Not every organization under the sun is large enough and has a propensity to build large, secluded single-use campuses, many of which are owned rather than leased,” said Scott Homa, a Senior Vice President & Director of U.S. Office Research at JLL. Depending on the company and the industry they are in, a more sequestered offices can make more sense. “When you’re in one of these highly innovative fields, having a bunker is critical because you’re shielding and fostering innovation and providing an ultra-premium level of services and amenities for employees, which serves as a recruitment and retention tool and drives productivity,” Homa said.

Just before 2020, outdoor apparel and gear company REI was getting ready to deliver its brand-new corporate campus in Bellevue, Washington. The company had been planning for this moment for a while, with the eight-acre campus including a 400,000-square-foot building set to house 1,200 employees and serve as its new headquarters. But then early 2020 came. After deciding that the size of the new office didn’t align with the company’s environmental sustainability commitments anymore, due to the changing need for space with remote work capabilities and the carbon footprint left by commuting. So, REI sold the campus in late 2020 to Facebook for $367 million before REI employees ever stepped foot in it. The company instead spread its operations across several satellite offices in the Seattle area. In this case, the office never went through a change in use or needed a lot of renovation. It simply changed hands from one occupier to another.

There’s been a sense over the last few years that with the growth of remote and hybrid work that a lot of workers would be more willing to go to the office if the office were closer to them. Instead of having to spend precious hours of the day commuting into central business districts, satellite offices in outer ring suburbs would be a much more convenient alternative. However, that hasn’t always proved to be the case. Centralized, downtown offices are proving to be more popular with workers. Even though they may not be frequenting them every day, when they do choose to go, that’s where they’d rather be. Does that mean it’s harder to sublease space in suburban areas? Not always. Homa pointed to General Electric’s former headquarters in Fairfield, Connecticut. The three-building office complex was built in the late 70s and early 80s by GE and served as its corporate headquarters for decades. In 2016, the company decided to move its headquarters to a more urban location in Boston. The 66-acre campus ended up being purchased by Sacred Heart University, which turned the complex into academic space.

However, just a few years after moving in, GE is now looking to give up its new headquarters in Boston. The company is planning to leave its 100,000-square-foot headquarters early next year for a smaller space elsewhere in the city. GE signed a 12-year lease in 2019 for the headquarters, and it’s unclear what the company will do with that space after they leave. If they do look to sublease or sell the space, it could be easier to find tenants, given the urban location. “That [location] will have a much broader pool of alternative users that could come in and very seamlessly backfill some of that space,” said Homa. “Whereas a lot of these single-use corporate campuses were built in a way to deliberately segregate them from the border geographic context where they are located.”

The unified branding across a corporate campus is one of the biggest challenges occupiers of face when looking to sublease portions of a previously single-tenant space. These kinds of properties tend to have strict security protocols and amenity packages carefully constructed to serve that particular workforce. “The prospect of fracturing a campus and turning a single-user space into a multi-tenant environment is more challenging than if it were just leased space within an urban high-rise asset,” Homa said.

In the right scenario, it can be done. The newspaper publisher Gannett has been headquartered at an office campus in Northern Virginia for more than 20 years. In 2012, after declines in circulation and advertising led the company to cut its workforce, Gannett subleased space on its campus it no longer needed to five other companies. In that case, turning the complex from a single- into a multi-tenant office building worked because the campus isn’t as secluded as others, being surrounded by retail and restaurants and less than a mile from a major shopping mall.

Three years into the pandemic and amid a worsening economic climate, we can expect to see the musical chairs of corporate relocations continue to take place. Companies are increasingly shedding office space as part of cost-cutting measures and it’s no different at large corporate campuses. While there are certainly exceptions, there has been a noticeable shift toward urban locations when it comes to major headquarters relocations, led in part by changing preferences from workers. Rebranding an entire office campus for another user or a different use altogether has been proven to work, and may in some cases be easier than trying to sublease portions of a single-use campus. For companies stuck with extra space at a large secluded campus, it will be no easy task to figure out a solution. But as some companies have shown, it’s not impossible.