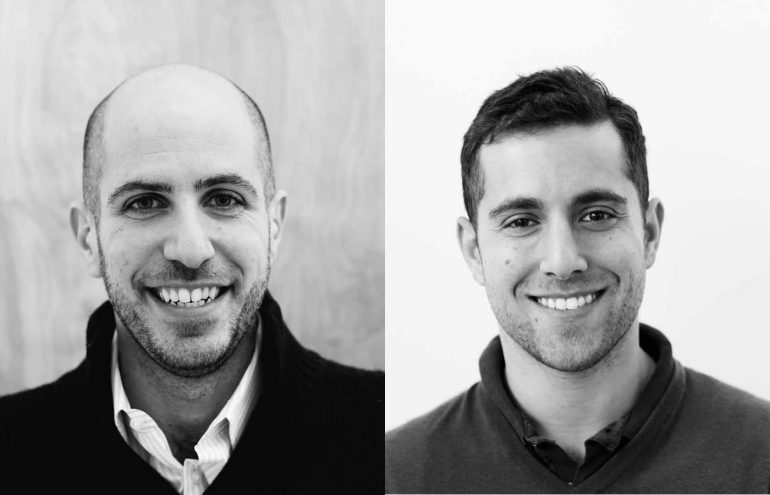 Charlie Oshman had been rattling about the New York City commercial real estate tech space for a while, working on a variety of ideas, according to Brad Svrluga co-founder of Primary Venture Partners, an early stage venture capital fund. “I had always been impressed with Charlie and his knowledge of the marketplace,” Svrluga said. “At the time, though, it was clear to both of us that he hadn’t quite yet found the right product or market opportunity.”

Serendipitously, another associate of Svrluga’s, Richard Sarkis, was considering leaving his job as a consultant at McKinsey & Company to pursue new opportunities, but he was unsure of what he wanted to do. Svrluga suggested that Sarkis meet Oshman. “I had told him I was going to introduce him to this brilliant young entrepreneur who is close to hitting on something, but just needs a bit more help.”

Sarkis and Oshman sat down for lunch at Le Pain Quotidien, and several hours later, as diners came and went, Reonomy was born. Four months later, in March 2013, Svrluga’s fund co-led a $1.15 million seed financing round. Since that time, Reonomy has raised another $16.7 million, including $3.7 million in a Series A round in March 2014 and $13 million in a Series B in January 2015, making it one of the best funded CREtech startups.

Oshman came up with the name Reonomy a couple of years earlier when he combined the term “real estate,” with the term “onomy” which means “a body of knowledge.” In a nutshell, Reonomy collects, analyzes and validates a vast array of property and market level data on a continuous basis and delivers this information in a web-based interface. Many of the largest real estate companies in New York City currently subscribe to the service, which allows them to essentially outsource much of their property research and analysis.

Despite the fact that he is very young, Charlie is somewhat of a godfather to the cretech movement.

In the past, investors and lenders would send out teams of people to research a particular property and its comps, often taking days or weeks. With Reonomy, the same process can be executed in a matter of clicks. Available data includes the usual suspects like the building’s condition and price per square foot, but Reonomy also collects and analyzes granular data such as a building’s Department of Building violations and capital improvement projects.

As most real estate professionals know, much of the data publicly available is fragmented and incorrect. In addition, the ownership of many commercial properties is often cloaked behind an LLC. Reonomy’s proprietary “data engine” is designed to cross reference bits of information to identify the individuals behind the properties with varying degrees of certainty.

Some of the other companies that Reonomy is competing against include twelve-year old PropertyShark, which was acquired in 2010 by Yardi Systems, and CompStak, which relies on crowdsourcing to gather property data. Sarkis claims Reonomy’s service is different because it fuses disparate data sets and performs cutting edge financial contextual analytics. “Simply collecting a lot of data is not enough,” Sarkis said. “We invest a lot of energy into data science, machine learning and hard core tech to go beyond raw data and provide our end users with quant-based analyses.”

Sarkis has high praise for Oshman, who is responsible for developing the data engine. “Despite the fact that he is very young, Charlie is somewhat of a godfather to the CREtech movement,” Sarkis said. “He has literally been thinking about this and doing it since ’08, which is long before I started thinking about it. The current wave of CREtech companies hadn’t even been thought of.”

Even though Reonomy has developed a complex algorithm that significantly streamlines the due diligence process, Sarkis insists, “We never want any of our users to put Reonomy on their resume. We want it to be really intuitive and integrate into the workflow.”

The company’s clients include commercial lenders (mainly banks), investment sales and mortgage brokers, and investment funds. Revenue is expected to hit the low single millions by the end of the year.

To accommodate additional employees, Reonomy recently relocated to a larger office, but chose to stay in Manhattan’s Flatiron district, a hotbed for tech startups. They also just introduced a new logo, website and slogan: “Mapping the commercial real estate genome.”

Now the team has Los Angeles in its crosshairs. Sarkis said that their beta product is being carefully tested prior to launch, which may happen within a matter of weeks. The Los Angeles platform will include a core set of features that will be enhanced as needed based on local demand.

According to Oshman, who has already conducted extensive research on nineteen other U.S. markets, “If you aim for the middle and you succeed, you’re just going to be in the middle. You have to aim high.” 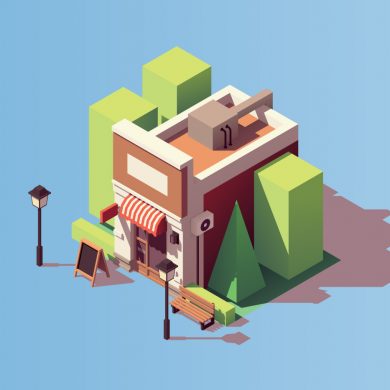