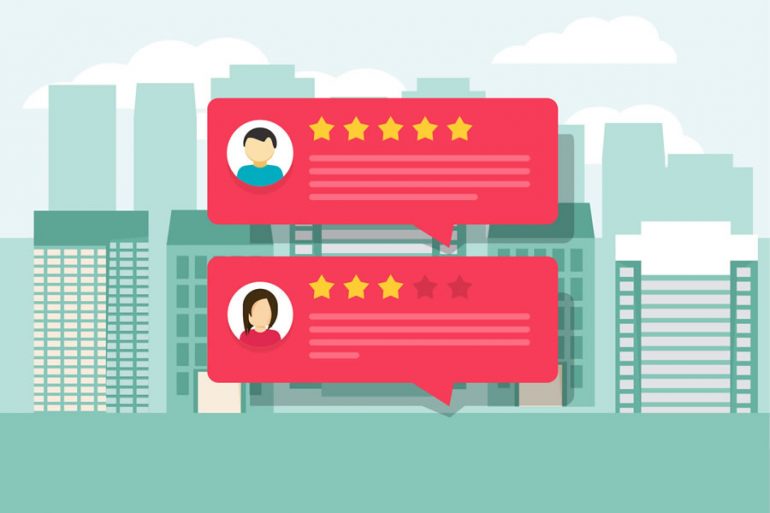 Rentlogic just raised $2.4 million for its business of assigning ratings to apartment buildings. Their CEO Yale Fox wrote a great article for Propmodo in June about the unfortunate events that led him to create his tool. As a transplant to New York, he unknowingly rented from a notoriously bad landlord and suffered health effects from a mold problem in his apartment. He took the landlord to court but had little recourse. Even though the landlord eventually went to jail for tax and mortgage fraud, Yale saw the need for a mechanism to hold building owners accountable. He created Rentlogic as a side project but now has turned it into a thriving business by charging landlords for the score.

One of the amazing things that technology has done for society is to help us bridge the trust gap by giving us a way to review and research almost everything around us. Ten years ago most of us would never have predicted that we would be getting into strangers’ cars and letting random tourists stay in our extra beds. Now it seems so commonplace that it is hard to remember the world before reviews.

These reviews are becoming so important that they can often be a self-fulfilling prophecy. Rotten Tomatoes has come under fire from Hollywood because its reviews show up on popular ticket sites like Fandango (who is a part owner) and can reduce the conversion rate of younger moviegoers by as much as 70%. Amazon’s reviews have proven to be so powerful for online sales that an entire industry has sprung up to game them.

There have been third-party reviews of buildings before. Many popular apartment buildings have Yelp ratings and there are other sites like apartmentrating.com and Whose Your Landlord. But purely user-generated rating can be problematic as the negative commenters can often be the vocal minority. Yale took a different approach. His company’s algorithms bring in data from various public violations databases so that they can be sure that all of the grievances against the property are founded.

Having the landlords pay for the reviews opens the company up to a possible conflict of interest. To combat this Rentlogic opened up their code to become the first company to undergo an external audit of their algorithm. Even though the problem remains that bad landlords will probably not get the review, Yale sees it as a way for good landlords to showcase the service that they work so hard to perfect. It can also serve as a check to building managers that might not have a full understanding of the public’s sentiment towards their offering.

Reviews are only becoming more of an influence on our decisions so it makes sense that they would be part of real estate since it is often one of the biggest decisions someone can make. I have yet to hear talk of building scores during the earnings calls of major property firms but I am guessing that it will come as soon as owners and investors understand how important they can be to profitability.