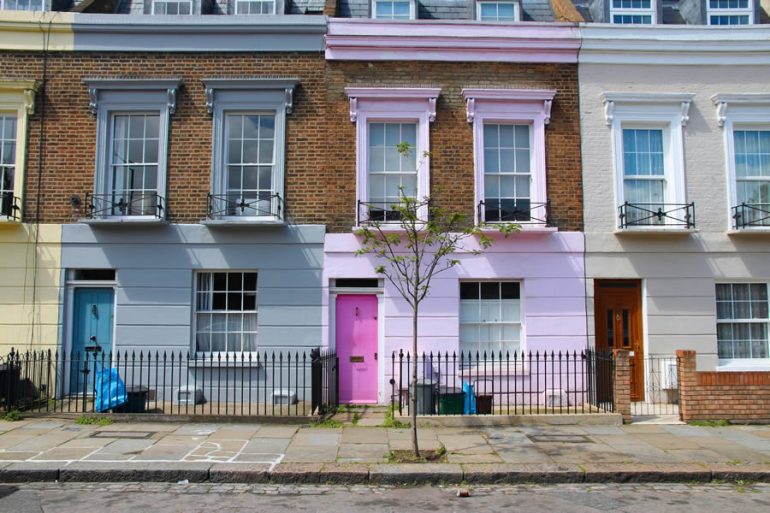 What do you think of when you picture the typical renter? Chances are you’re picturing a twenty-something, early on in their career, for whom renting is just a stepping stone on the way to becoming a homeowner. The reality looks very different.

Rising house prices in the UK have outpaced salaries, with the average home (outside London) now costing  £230,292 ($283,201), up from just £70,000 in 1998). That’s almost eight times more than the average salary of £29,588 ($36,384) a year. First-time buyers typically spend eight years saving to buy a home, which has resulted in the number of people renting rising 63% between 2007 and 2017. People are also renting for longer: homeownership, something that was once the norm, has become a pipe dream for many, rather than being a stop-gap before the first rung on the property ladder. Renting has become a permanent state of affairs.

As a result, the UK’s rental demographics have fundamentally shifted. In 2019, tenants can be anyone, of any age, renting for any length of time. Nearly half of 25 to 34-year-olds rented their home privately in 2017 and the proportion of 35 to 54-year-olds who live as private tenants has nearly doubled since 2006-07.  Not only have the demographics of renters shifted, there’s also more of them: A fifth of the UK population lives in privately rented accommodation, that’s around 4.7 million households, a huge leap from 12% in 2017.

Not only is the private rental sector having to handle the changing demands of this new demographic renters, it’s also experienced a flurry of regulatory changes, designed to address perceived unfairness against renters and increase trust between the parties.

For the sector to thrive in this new landscape, it needs to embrace innovative solutions to make sure it is meeting the demands (and rights) of renters while also remaining profitable in the face of the removal of traditional revenue streams.

So what’s an industry to do?

Ask most renters what their least favorite part of their living situation is and they’ll almost certainly mention the cost. On average, UK tenants spend 35% of their salary on rent, rising to 65% for renters in London. On top of the cost of renting itself, tenants are also required to stump up a significant deposit if they move property. The average London tenant needs a deposit of more than £3,000 to move house, which for many can be a prohibitively large amount. Currently, £1.4bn is locked away in cash deposits in the UK. It’s a huge sum of money, especially when you take into account the fact that almost a third (29%) of renters have moved three times in the last five years, rising to 37% in London.

The deposit is a relic of a former time and should be treated as such. It is structurally inefficient for all parties and puts tenants under huge financial pressure. There are far better options on the market and it’s time that lettings agents and landlords embraced them. For example, insurance is available that covers the same areas covered by a cash deposit, without the need for the tenant to pay out a large lump sum.

These products don’t just benefit the tenant either, for the landlord and agent, removing the need for a cash deposit increases the attractiveness of a property to prospective tenants, shortening any void periods between tenancies and saving the time and cost of registering a deposit with a tenancy deposit scheme – all while offering the same peace of mind.

We live in a digitally native society where we can have anything from a massage to a takeaway arrive at our doorstep within the hour with just the push of a button on our smartphone. We want it all and we want it now. So why does it still take several days for a tenant to get approved for a new apartment?

As things stand, the estate agent shows a renter an available property, assuming interest, this is then followed by a referencing process which takes 2 to 4 days. Failed references lead to lost revenues both for the agent (commission, opportunity cost of showing property to tenant who will fail the check) and for landlords (void periods). The tenant meanwhile faces days of uncertainty where they don’t know whether they have secured their desired property.

Wouldn’t it be better if both parties could be certain that they were eligible to rent before they viewed the property? Or even if the reference process was shortened from days to minutes to instant? The technology to do this is available, the industry just needs to catch up. Following the ban on tenant fees, it’s more crucial than ever for agents to use efficient processes which free up their time so they can focus on the activities which will drive revenue, rather than chasing paperwork.

This new demographic of renters have very different demands to previous generations and yet despite the world changing around it, the rental market remains fragmented, slow-moving and costly, still operating in much the same way as it has for the last fifty years. While the digital revolution has upended sectors from transportation, accommodation, delivery and shopping, the housing market has remained relatively untouched. It’s high time that changed.

The rental sector currently suffers from a huge power imbalance, with the power largely resting in the power of agents and landlords. The industry needs to embrace the new wave regulations which aim to protect tenants and re-balance the industry’s power structures, rather than fighting them. We need to act in a way which supports and respects tenants, rather than penalizing them. A property might simply be an income stream to a landlord, but to a tenant it’s their home. No matter how much the demographics of renting change, we need to remember that.