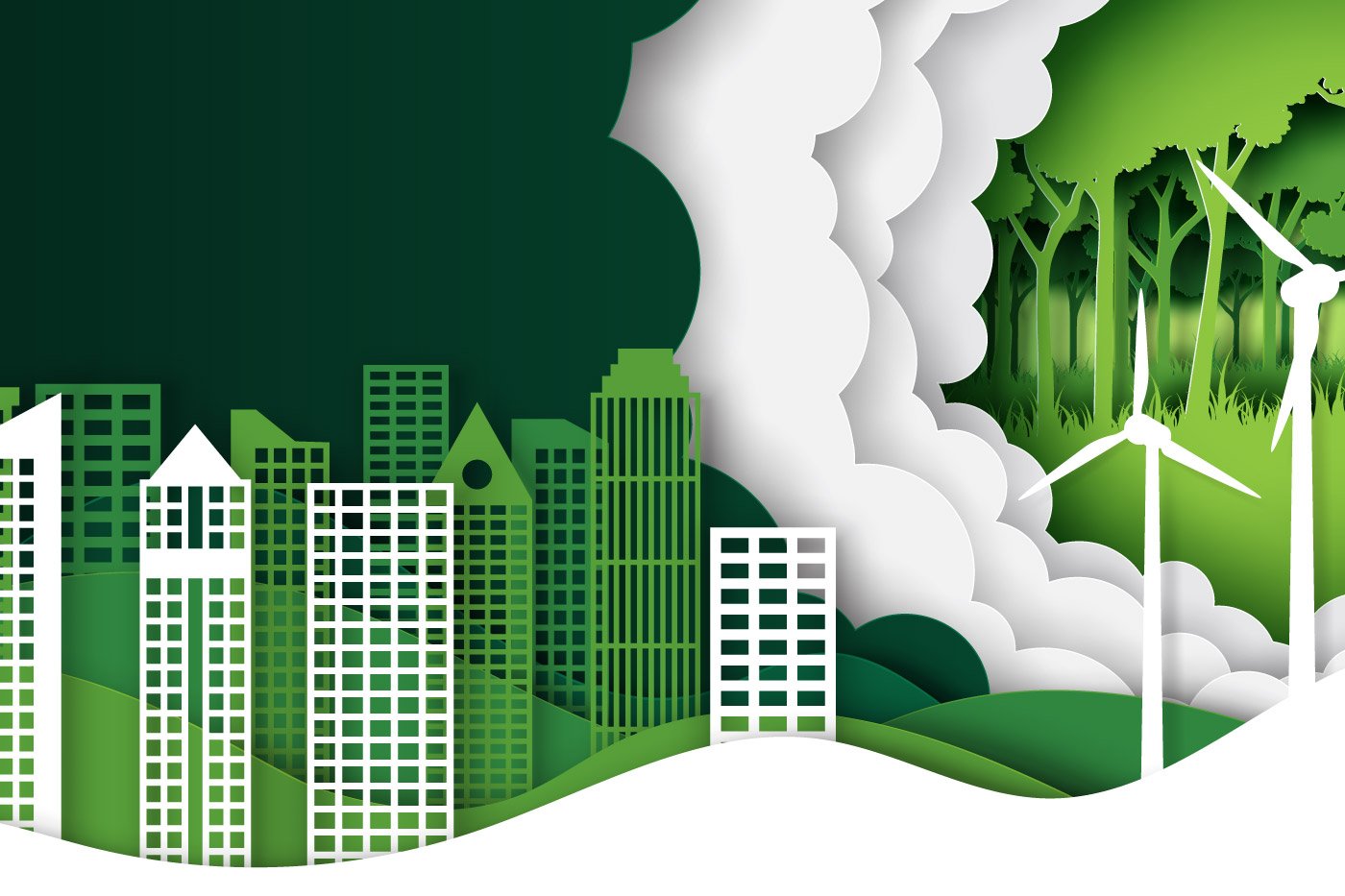 When it comes to building sustainability strategies, energy efficiency is one thing but carbon zero is a whole other level. It goes far beyond just reducing demand and fixing energy leaks. Carbon zero buildings have a fundamentally different energy approach, from how much they know about which sources of power they get from the grid to the transparency they give tenants and investors about how the building is powered.

For most portfolios, energy efficiency should be a part of the journey, but not the entire destination when it comes to sustainable building operations.

“When building owners commit to going carbon zero, they have to understand their energy demand and reduce actual consumption without sacrificing occupant comfort,” said Gary Chance, VP of Marketing and Partnerships at Prescriptive Data, creator of the smart building operating system, Nantum OS. “After that, the focus shifts to renewable energy, buying the cleanest energy from the grid and knowing exactly when to distribute those energy resources.”

Without those first two steps, measuring energy demand and making the building itself more efficient, it doesn’t make sense to jump to creating a renewable energy strategy. And to understand energy demand and emissions in real-time, portfolio leaders must have the right tech stack in place that reveals exactly what’s happening at the building level in order to meet whatever energy goal the team is aiming to hit.

“If buildings say they are carbon zero, they are going to be forced to prove how they achieved that status,” continued Chance. “They will have to demonstrate how much energy they consumed, how much renewable energy was created or procured, and what the delta was, is, and will be in the future.”

That brings us to the second half of this four-part process of getting to carbon zero: procuring renewable energy and understanding demand response in order to distribute that energy. Procurement, rather than on-site generation, is an important distinction when it comes to renewables because most buildings aren’t equipped to produce their own energy at scale.

Part of the problem with renewable energy generation for the typical office building in an urban area is the building itself. Tall, narrow buildings aren’t a great canvas for solar or wind power, the two most common renewable sources. In addition, procuring offsite renewable energy and bringing it into the building is also far less capital-intensive than the infrastructure upgrades needed to move to full electric power. Because today, most buildings still require carbon-heavy combustion from oil or gas to heat them.

If real estate companies want to decarbonize their portfolios, their renewable energy strategies better include a procurement play.

One challenge with buying renewable energy is simply knowing what you’re buying and the impact of your investment. What power source did it come from? Would that renewable energy have been created without the company’s investment? Is it coming from a region that’s typically carbon-intensive? Is it actually making it onto the grid where your building is located?

Ultimately, real estate companies need this type of data to qualify their renewable energy purchasing decisions to their investors and tenants. Today, this is more of an exercise in trust than an audit trail for most buildings.

Prescriptive Data is changing that by partnering with Cleartrace, a carbon accounting platform that ties directly into the Nantum OS. Cleartrace creates a digital energy token for each megawatt-hour (MWh) of energy a building both purchases and uses. These tokens result in a secure and encrypted audit trail of a building’s energy use from generation to transmission and consumption.

Without this level of accounting, it’s hard for a building to prove that the renewable energy credits (RECs) they’re buying are actually making its operations greener. Each REC represents one MWh of renewable power generated by wind, solar, hydropower, or geothermal power. But if a building is calling itself net-zero solely because it purchased enough RECs and offsets alone to balance the carbon equation, that doesn’t necessarily mean those RECs and offsets are supplying a company’s needs with clean energy at the exact moment that energy is being consumed, and by extension, fully offsetting the energy used from the grid when the building needs it. The carbon impact of renewable energy generation can vary greatly depending on time and location. Historically, RECs are not tagged with carbon impact preventing companies from understanding the true impact of those decisions and incorrectly treating every REC as exactly the same.

Zach Livingston, Head of Sales for Cleartrace, highlights this caveat. “Today, companies calculate their annual energy consumption, buy an equivalent amount of renewable energy credits, and say, ‘Great, we’re 100 percent renewable.’ This method doesn’t work anymore because they can’t quantify the impact these purchasing decisions are having on their decarbonization strategies,” he said.

This new transparency not only helps real estate companies demonstrate compliance with local emissions caps, but it also paves the way for energy trading to happen at scale between grids and portfolios alike.

Renewable energy is not distributed evenly across the country. Hydropower in upstate New York, wind farms off the East Coast, and solar plants in states across the Southwest produce an outsized percentage of the country’s renewable energy that’s on the market. Some grids just have more than others.

Proximity to renewable sources becomes an issue within portfolios and on the grids themselves. Distributed real estate portfolios may have buildings in carbon-intense regions without convenient access to renewable energy, while other buildings in the portfolio may have it in abundance. This also plays out on the grid at the state level. Upstate New York produces the majority of the state’s renewable energy while New York City consumes much of it.

Energy trading schemes (ETS), enabled by the blockchain technology that is at the core of the energy tokenization Prescriptive Data and Cleartrace are rolling out, allow for easier movement of renewable energy from where it’s in excess to where it is needed. This becomes even more important when real estate companies are using RECs to comply with local emission caps set by cities or states, buying or selling them based on their emissions vs. the relevant cap.

For example, Local Law 97 in New York City requires that renewable energy be delivered to the grid that serves the city in order for that energy to counter a building’s carbon emissions. However, there’s not much real estate in Manhattan to generate renewables within the borough. But what if there was a way to track each MWh of renewable energy created upstate that actually did make it onto the qualifying grid in NYC?

That’s what Cleartrace is delivering in collaboration with Prescriptive Data and Brookfield. “We’re partnering with Brookfield Renewable to take renewable generation upstate, typically supplied by hydropower, and connect to the market transaction systems that are monitoring the delivery and schedules moving that energy downstate, and stream that data from our platform into Prescriptive Data’s Nantum OS. We foresee legislation evolving to take into account deliverability. If you can prove that it’s within the same grid and physically delivered to that downstate location, that’s your qualifying proof point,” said Livingston.

THE RACE TO NET ZERO

This level of traceability isn’t common today, however, and that is part of the reason why Local Law 97 and similar legislation are structured with such detailed locality in mind. But as technology provides pathways from generation to consumption, compliance standards should evolve too.

Without adding renewable energy, most buildings can’t become carbon zero. To get there, not only does the procurement of renewable energy need to ramp up, but also the production. According to the International Energy Agency, renewable energy production has to increase by 60 percent in order to hit the critical net-zero emission marker in 2030. Utilities and power project developers are doing their share, bringing new clean energy projects onto the grid at a rapid pace, which has reduced the cost of renewable energy dramatically over the past 20 years. Now it’s time for real estate companies to step up their demand for renewable energy and adopt the technologies available today needed to prove that their investments are making an impact.