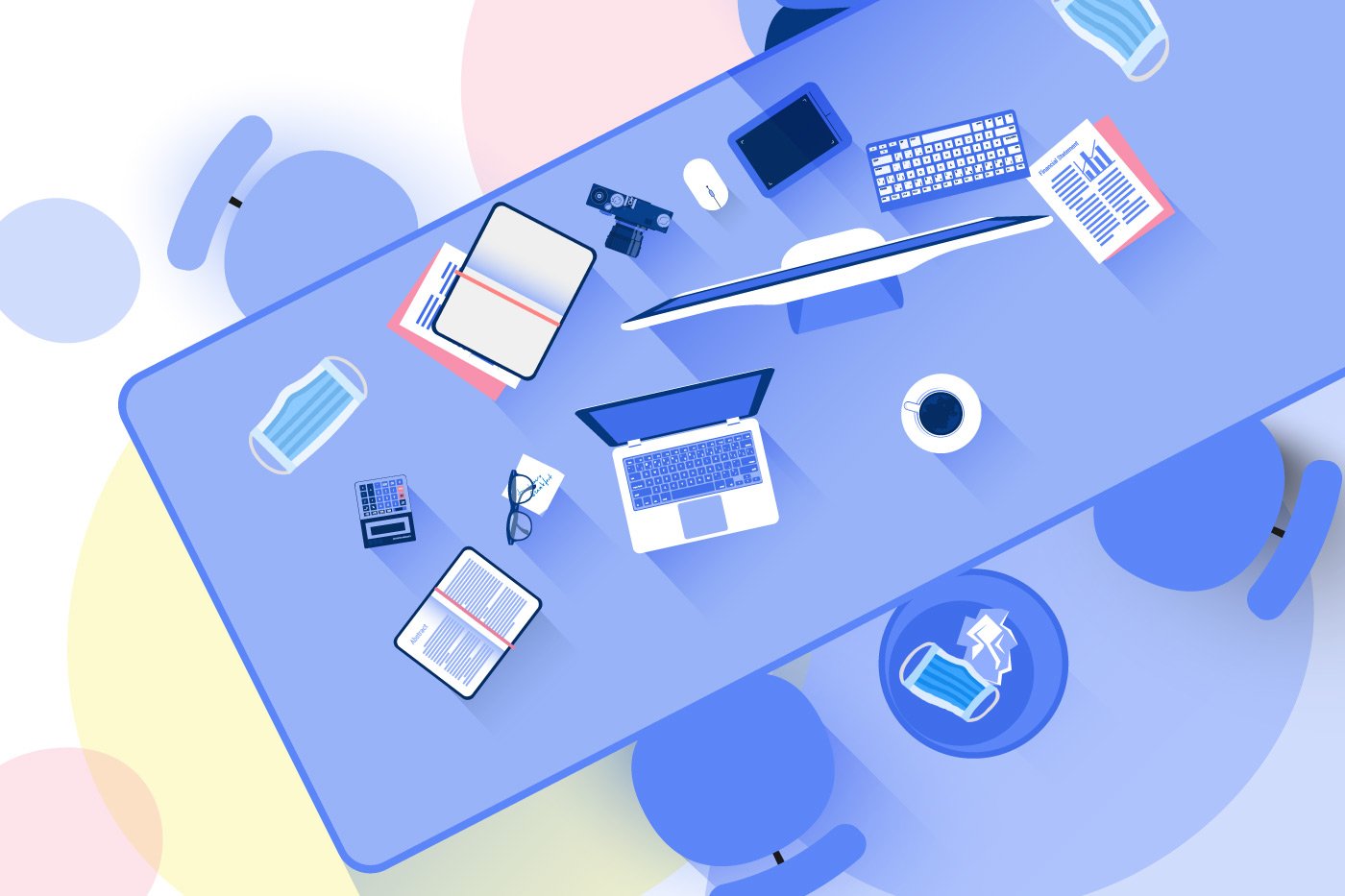 What data reveals about office occupancy and space utilization

Like a snake shedding its skin, the world is showing signs of leaving the pandemic behind. The United States is approaching 40 percent of the population being fully vaccinated. Traffic is increasing and plans are being made to see the family and friends who have been in semi-isolation for over a year. The CDC recently announced that fully vaccinated people can resume activities without wearing a mask or physically distancing, with exception of regional regulations or workplace guidance. Change is coming.

But not everyone is tossing their masks aside and running to the nearest watering hole as the oddities of the last year are now familiar and even, daresay, comfortable. While retail is seeing increased sales in clothing and cosmetics, offices and the employees that occupy them are a bit more cautious about the return to life as it was before COVID-19. A report from the American Psychologist Association revealed that almost half of adults are uncomfortable about returning to in-person interactions. So, where do we go from here?

There has never been a time when news spreads as fast as it does now. Between people always being connected to a smart device and social media networks, the desire to inform and share news can prioritize over fact-checking. While obviously not preferred for many reasons, this can be especially detrimental when there is much unknown. People without access to data-backed information are left to their own imaginations and assumptions based on whatever they’ve heard.

The lack of facts breeds uncertainty. “In the face of all that uncertainty, we become really ineffective at making good risk threat assessments. We have a tendency to either overestimate risk or underestimate risk, and that then translates into our behaviors,” explained Vaile Wright, clinical psychologist and the senior director of healthcare innovation at the APA. This can translate to a lack of confidence in returning to the office where 76 percent of those surveyed felt neutral, moderately favorable or less favorable when asked their sentiment about returning to the office. Said in another way, less than one in four people surveyed are certain about how they felt going back to the office.

This isn’t just an issue of employee confidence as it also impacts landlords. Subleasable office space in San Francisco alone tripled during the pandemic as companies, and many of them in tech, sat on empty and expensive space. Offering it at a discount to subleasers is still preferable to sinking the entire cost. However, are these companies acting too soon? “This is the first time we’ve lived through restarting after a pandemic as a people; why would we make assumptions without a benchmark to go from?” questioned Allison Ballard, Vice President & Executive Director at 4SITE by CORT, a workspace utilization data and analytics company.

Increasing confidence in the office with data

Although bribery and incentives for employees to return to the office may grow the number of people that show up, it doesn’t have the same effect on confidence. Fortunately due to the high accuracy and precision of occupancy data collection and analysis, what is actually happening in an office can be known so that changes are based on fact instead of assumption.

Occupancy data feeds into the successful design of office workspaces. Hybrid schedules are becoming normalized and people are putting thought into what they want out of their office. Office design is evolving. When asked about what will change as staff returns to the office, 54 percent of those surveyed said they’ll rethink meeting areas and 50 percent said they’ll rethink office communal space. Other solutions like reservation or booking systems, desk dividers, private offices and phone booths received less than 30 percent of votes.

When redesigning a space, occupancy data can reveal reality. “We understand that we don’t understand how the office will be used,” continued Ballard. “We’ve made assumptions around what we need to do to reconfigure for a hybrid approach but does hot-desking create an ice cold employee experience? How do you monitor that it’s working for your workforce?” This reality extends into understanding how much of a space is used, which can be important for lease restructuring, subleasing plans, or expansion ideas. Making expensive and long-term commitments like those are better backed by the certainty of data than guesswork.

Another uncertain aspect of the hybrid work environment is productivity. Some companies are worried about too much of the unhealthy kind that happens between 10 pm and 2 am and tips the balance between work and home. Others have a more traditional outlook that if they cannot see an employee at the office, they’re not working so a remote or hybrid schedule is out of the question. The right balance is found through occupancy data. “Productivity is waning as the pandemic goes on due to a lack of engagement,” said Ballard. “With access to affordable tech to drive decisions, it’s time for companies to measure, manage, and enhance their workplaces.”

Offices weren’t perfect before the pandemic, there is plenty of room for improvement and many reasons to make them better spaces. “Offices were already empty before the pandemic,” stated Maria Yoma, Founder and CEO of Elevator Ventures. “But, offices will always have a brand positioning effect on a company and, at the end of the day, people care what your office looks and feels like.” Creating the right office environment reflects on the company as much as it confidently welcomes employees back to their desks. Shedding the past and evolutions of such great importance should be based on data since, as we’ve seen with the recent CDC announcements, people still do (thankfully) believe in science.