Senior housing demand spikes but it's a tricky investment 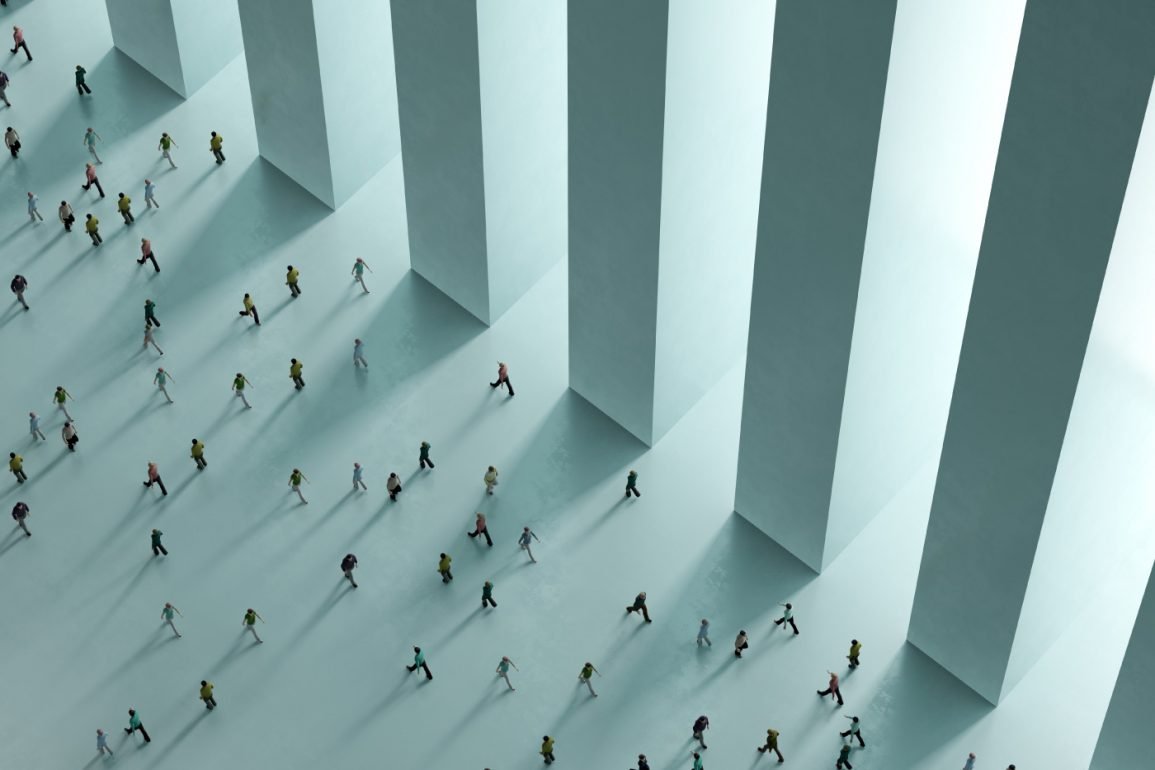 This piece is the second of a three-part series where we examine location data. The first explored how location data is changing how we understand commercial real estate, this second part will explore the topic of daytime population, and the third and final part will examine some interesting insights on how COVID-19 impacted foot traffic.

Admittedly, population metrics aren’t the most riveting topics of conversation. But they are important. Understanding the population size of an area is critical when it comes to everything from public policy to real estate value. How you define geographies is crucial as well, two wildly different areas could actually be the same, that’s because how we usually calculate population is wrong. This is crucial for the property industry to understand because so much of the value of a piece of real estate relies on how many people are close enough to be able to use it.

Many of us understand population density as the average amount of people within a given square mile. It’s an easy concept to comprehend, and even easier to calculate. Take the total population of a municipality and divide that number by the total land area, and boom, you got the magic number. But this oversimplified approach paints a woefully inaccurate picture.

Population as a flat figure only tells you how many people there are, it doesn’t examine those people in relation to the area in which they live, nor does it provide any data on the area itself. To understand whether or not you’re looking at the population of a compact city and a scattered town, the actual metric you should be looking at is population density, which can be determined with the formula Dp=N/A, or [Density of Population] equals [the total number of people] divided by [the land area covered by that number of people].

Daytime population, also known as “commuter-adjusted population,” demonstrates the number of individuals who are present in a given area during normal business hours. City planners frequently use daytime population to assess urban vitality, as cities fill up with people during the workday. Real estate investors can follow suit to examine an area’s true market in order to draw better conclusions about the area’s potential.

Daytime population “tells us a lot about where the jobs are and which communities do little more than give people a place to sleep,” said Bloomberg CityLab writer Emily Badger. But the daytime population tells us more than where people are employed, it also looks at people in hospitals or other medical facilities, children and university students at their respective schools, people visiting hotels, and retail customers. Tracking human mobility throughout the day not only illustrates where people go but when people go to certain places.

Prior to the pandemic, in a typical workday, the suburbs would empty out and cities would swell. Some cities where the residents would usually work in their same zip code, like Manhattan or Houston, see their populations almost double in population size as droves of commuters would come in for their workday. Now we can’t apply the same paradigm to what is happening to the population of our cities today, where many are still not commuting to work.

Economic development analyst Chris Worley, during a recent webinar sponsored by the U.S. Census Bureau, explained how remote work is impacting job hubs. He cited Downtown Pittsburgh which has many workers but few residents. According to Worley, remote work was responsible for 90% of the change in daytime population in May of 2021 compared to pre-pandemic levels. If workers continue to remain away from downtown, that could be a loss of 17,000 people, he said.

So if hybrid and remote work are here to stay, what will it take to bring people back to places like Manhattan, Houston or Pittsburgh? Will events, conventions and travel help lure people into city centers? And how is commercial real estate going to be impacted? A change in demand for urban office space would have an effect on commercial real estate values for years to come. This scenario presents a challenge, and opportunity for some investors, in converting office spaces to other uses.

The data regarding the expansion and contraction of daytime (commuter) population versus nighttime (residential) population is “important for many planning purposes, including those dealing with transportation, land use, disaster, and relief planning and operations,” according to the U.S. Census. The same reasons that daytime population is useful for city planners also apply to the property industry.

Retail real estate is the most obvious beneficiary of a more precise understanding of population, the more people there are in an area the more potential they have for buying products sold at any location. But not all consumption happens at the same time of the day. Certain retailers, like big box stores, get much of their business during working hours but others, like restaurants, see most of their sales come later in the day. It doesn’t make sense for both types of retail tenants to look at population in the same way.

The office and multifamily sectors also stands to learn from a more nuanced comprehension of population. Figuring out where people live in relation to where they work is crucial to deciphering the changes that the pandemic has brought about on the way that we work.

Daytime population is so important to consider in the site selection process that not taking it into account can be a painful blunder, ultimately wasting time and money. Locations are dynamic, so failing to examine population trends of an area will paint an incomplete picture—or worse, an incomplete labor market analysis. The market for a property in a given location is affected by several factors, and population data can provide a valuable clue. Knowing how and where people move throughout the day, even if it’s not the most exciting conversation topic, is crucial to understanding a property’s potential value.