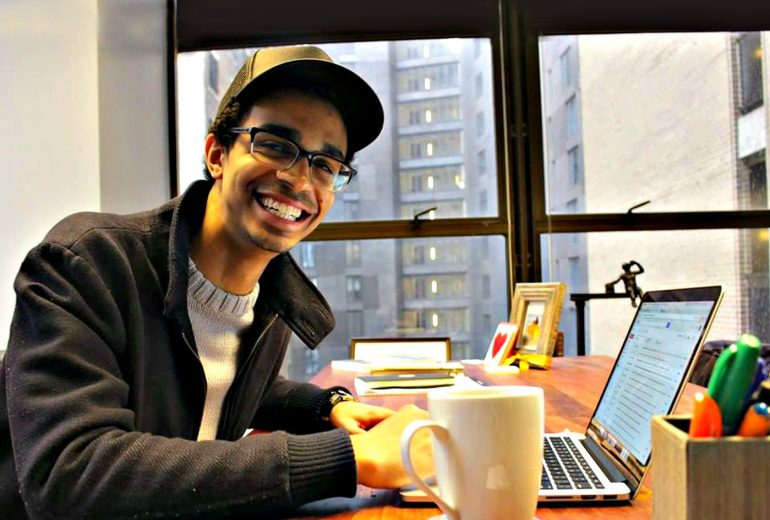 One of the best known family names in real estate and angel investing has been quietly guiding a real estate technology focused accelerator program called AREA. Based at Rudin’s 55 Broad Street building across from the New York Stock Exchange, the program is chaired by Daniel Rose, the industry legend who developed Pentagon City in Washington D.C., One Financial Center in Boston, and several iconic buildings in New York.

Recently, John Henry was named as AREA’s new program director. Henry previously gained recognition launching Cofound Harlem, a technology incubator with a vision of turning Harlem into a startup hub by requiring his incubator participants to remain in the neighborhood for at least four years.

“If you stick around long enough, you eventually get to know the players,” Henry told propmodo.com. “After the launch of my venture Cofound Harlem, a social impact accelerator in Uptown Manhattan, David came to the opening party. He sponsored Cofound Harlem with Gust and Digital.NYC.”

After concluding Cofound Harlem’s first cohort, Henry was offered the opportunity to run the Rose’s AREA accelerator (the acronym stands simply enough for: A Real Estate Accelerator). Henry said he jumped at the opportunity because real estate is an industry that remains largely untouched by the new tech wave seen in other sectors.

Despite the involvement of several well-known Roses, Henry was quick to point out that Rose Associates, Daniel Rose’s development firm, is not involved. Henry also noted that the Rose family is huge and the accelerator is not a “Rose family project” per se. In addition, AREA is not even brand new. It’s already invested in several startups while shying away from the normal accelerator fanfare.

“True to our entrepreneur nature, we first validated the AREA concept under the radar,” explained Henry. “David receives enough real estate deal flow so that we didn’t have to make a public announcement — so we chose companies and got to work. In that time we’ve refined our program, locked in a rhythm, and further built our network.”

According to Henry, AREA will be casting a wide net in search of startups to mentor and invest in. “We define real estate tech pretty openly and are open to companies across the spectrum. Anything from VR to hardware and commercial to residential and anything in between is fair game.”

What You Should Know About Real Estate Technology in France

Spacio is the first of six startups that will be accepted into the upcoming cohort. The others have yet to be announced. Spacio’s “paperless open house” is aimed at capturing useful data at traditional open houses and helping agents convert visitors into customers. The app allows prospective buyers to check-in to the open house using a tablet or other device and then logs their contact information and other data so agents can revisit leads later and follow-up with targeted marketing.

Spacio was founded by Melissa Kwan, whom Henry describes as a thoroughbred and seasoned entrepreneur. “We love her energy, respect her experience, and share her vision for Spacio. What wins us over most of the time are great passionate founders.”

AREA will offer Spacio and the other startups an intensive, three-month accelerator program with each company receiving $50,000 in seed funding, communal office space in New York City’s Silicon Alley, an educational curriculum and mentorship from industry leaders. In addition to the Roses, program mentors include some well known real estate technology founders including Michael Mandel of Compstak, Nick Romito of VTS, Richard Sarkis of Reonomy, and Brandon Weber of Hightower, among others.