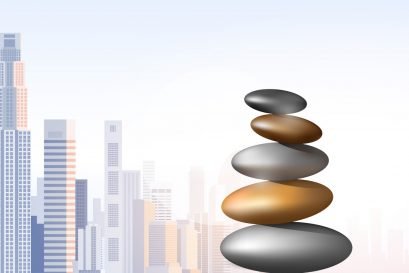 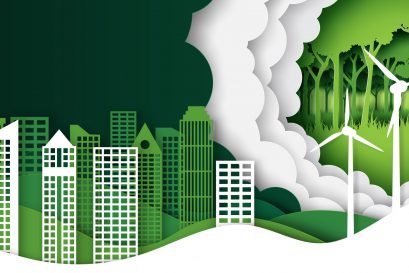 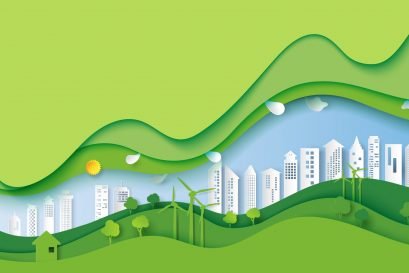 Remember when renewable energy was considered a niche industry just a few years ago? Climate scientists have been blaring the alarm bell to prepare for climate change as early as the 1950s, but the renewable energy industry was slow to grow. As recently as a mere decade ago, less than 3 percent of the U.S.’s energy supply was generated by both solar and wind power combined. Adoption continued at a glacial pace as only 5.7 percent of the U.S’s energy generation came from wind and solar in 2015. Ironically, the actual glaciers were melting faster than the switch to renewable energy…until very recently.

As of last April, wind and solar energy generation had jumped to a record 20 percent of the U.S.’s power supply. On a global scale, wind and solar energy have doubled over the past seven years. While there’s a myriad of reasons why renewable energy has accelerated so quickly, the fact of the matter is that the consequences of climate change can no longer be ignored, especially within the real estate sector. Climate change hits real estate the hardest. Unbearably hot temperatures, prolonged hurricane seasons, wildfires, and other hazards are damaging the built environment at a distressing frequency. Real estate has the most to lose with each disaster, but when it comes to renewables, landowners have the most to gain.

Moving to replace fossil fuel energy on the power grid with renewable energy takes a lot of land. On a per-watt basis, clean energy sources like wind farms, solar farms, and other installations typically occupy more land than their fossil fuel-burning counterparts. For example, a 200-megawatt wind farm would need to spread out turbines over 13 square miles (36 square kilometers). With the same producing capacity, a natural gas power station might be contained within a single city block.

In April of 2021, the Biden administration promised that by the year 2030, carbon emissions were to be cut by 50-52 percent of 2005’s levels. By 2035, the administration’s goal is for the entirety of the U.S. to be powered by pollution-free electricity. Now, in order to fulfill the 2035 goal, solar and wind must grow 10 percent per year. Estimates from Princeton University and Bloomberg News project that if the solar and wind growth is on-track to meet the Biden administration’s goal, it would require a parcel of land the size of South Dakota. If the U.S. were to become a completely carbon-free economy by the year 2050, powering the country would require an amount of land equal to 5 South Dakotas.

Sustainability initiatives are driving renewables, but real estate players are beginning to lead the charge as the ROI on leasing unused land to solar and wind industries becomes more apparent. I spoke with Yoann Hispa, CEO and Co-Founder of LandGate, an online marketplace for commercial land in the US and its resources, including water, minerals, wind, carbon, and solar energy. The company offers an online marketplace where landowners and agents looking to lease their land may connect and enable energy developers and investors. The marketplace helps real estate brokers and landowners understand the financial benefits they can derive from energy and environmental resources.

“Right now it’s flipped,” said Hispa. “In the past, landowners who leased mineral rights were receiving royalties, those deals had 30 years of cash flows. Mineral royalties were being bought for, let’s say around 12-15 years of the future.” To clarify, the owner of a leased property typically receives a portion of the production income when minerals are produced from it, or a “royalty payment.” The lease agreement specifies the royalty payment’s amount, which can be a fixed amount per ton of mineral production or a percentage of the value of the production.

“When it came to renewables,” Hispa continued, “maybe 8-10 years of future cash flows were paid upfront to buy the 30 years. Now what we’re seeing is those royalty deals of 30 years of cash flows for solar farm rents or wind farm rents on their land. Those are receiving lump sums of 15-20 years up front, which is a great deal.”

Compared to mineral rights leasing, renewable energy leasing doesn’t drain any subsurface resources from the land itself. Thirty to 35 years’ worth of rent, depending on the lease contract, accumulates for the landowner. After the lease term is up, so long as the landowner puts a clause in the lease, the developer is responsible for the removal of the wind or solar structures, equipment is removed and given back to the owner. Unlike mineral rights leasing, the land is ready to develop.

Renewable energy leases are increasingly seen as an excellent approach for landowners to increase their income while retaining ownership of their property so that future generations can explore potential development options. That’s probably why deals for renewable leases on LandGate’s marketplace disappear almost as quickly as they go up. “Oh, they’re gone within a week on the marketplace,” said Hispa.  “When they hit the marketplace they’re gone.”

Every landowner knows that the value of their land hinges on the highest revenue-generating use of that land. The wealth data for landowners leasing to the renewables sector is admittedly impressive. Hispa recalled a past client who had a 640-acre chunk of land in New Mexico that may not have been considered the best quality by conventional standards. “It was pure dirt, not suitable for agriculture,” he explained. That patch of dirt was assumed to be worth around $500 per acre. According to Hispa, the land’s real estate agent put it on the LandGate marketplace, only to find out that the location was very close to a substation with available hosting capacity, so a solar developer snatched up the opportunity to lease the land. Hispa’s client got a renewable agreement in that location at $500 per acre per year. “He’s getting a 100 percent dividend!” Hispa exclaimed, “for 30 years or more while retaining ownership!”

The strength of these deals lies in the strength of the location, but leasing land for renewable use is proving to be more lucrative with each passing year. Last February, the sale of six offshore wind leases off the coastlines of New York and New Jersey resulted in a record profit for the US government of $4.37 billion. More than a dozen corporations engaged in a three-day, 64-round bidding battle for the New York Bight, a triangle-shaped stretch of ocean. The competition exceeded expectations. According to the Interior Department, this was the highest-earning competitive offshore energy lease transaction ever, including lease sales for oil and gas. Analysts noticed that leases were purchased for roughly $10,700 per acre, which is more than ten times the previous high of $1,000 per acre. Even industry analysts expressed astonishment at the level of demand, and they ascribed it to expanding offshore wind investment as well as effective state and federal legislation.

As more interest grows and investor dollars pour in for renewables, more landowners are becoming aware of the advantages of renewable energy, including the cost savings it may provide for consumers and the increased value it can provide for investors. Chakyl Camal, a two-time Olympic swimmer and CEO of Panthera Group, an Australian property investment and management company, is acutely aware of the value of renewable energy. “Okay, electricity is the most valuable commodity on earth,” said Camal. “It’s so valuable that wars are being fought for it. We believe that people are fighting over oil, but people are really fighting for what oil creates, which is electricity.”

Panthera recently branched into green energy infrastructure with the long-term goal of establishing solar energy generation for each of the shopping centers that they develop. “Right now, we’re in a situation where electricity costs have escalated to 350 percent, which means that my rates have been escalated to 350 percent. Nothing that I’m investing in is escalating and appreciating at that value. So if you think about it, energy is the most valuable thing on any of my properties because it’s escalating faster than the land values this building has,” said Camal. “All I need to do to wrangle that value is to connect the panels together and the sun will give it to me? It’s a no-brainer.”

The demand for cleaner energy sources is expected to increase across most market categories in 2022 as awareness about climate change and support for ESG considerations expand. Since it’s often claimed that real estate accounts for nearly 40 percent of the world’s carbon emissions (even with regional variations), owners understand that an overall switch to renewable energy is vital to protect their properties and keep the people inside them safe. But a hefty ROI is the bonus that comes with healing the planet.