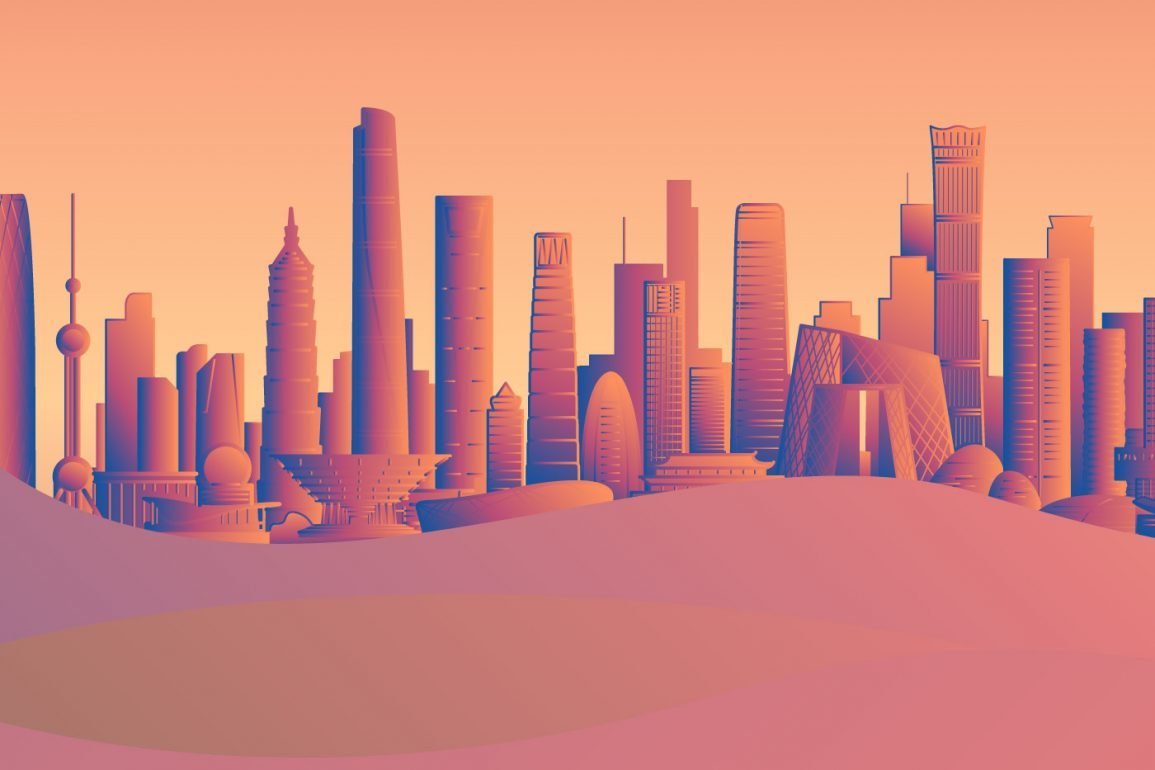 While the Chinese developer Evergrande’s debt crisis has dominated the headlines for months now, another cloud of uncertainty has loomed over China’s real estate market for seven decades. Since the Chinese Communist Party took power in 1949, China ceded all its land to state ownership. Homeowners in China can own their houses, but not the land that sits beneath them, which begs the question: What exactly does it mean to ‘buy’ property in China?

Masters of the house

The Chinese Communist Revolution was borne in large part by the disdain for abusive landowners, so the issue of land rights has been a contentious subject. “From an ideological standpoint” writes Jonas Alsen of the Maryland Journal of International Law, “private ownership and communism are incompatible, so it is interesting to investigate the structure of the current Chinese property rights system and how it works.” Following the Soviet model, all of the land in China is owned by the Chinese government. However, since the 1990’s urban land has been available for ‘sale’  in the form of long-term leaseholds. These types of leases, known as land use rights or LURs, last anywhere from 20 to 70 years, depending on the intended function for the land (residential, commercial, industrial, etc.) and the city that issued it. Allocated land, or land delegated to the military, infrastructure projects, or state institutions is the exception to this rule. China does not issue time limits on land use for allocated land, but can revoke the land user’s right to use it should the state deem it necessary.

At the time of its inception, LURs may have seemed like the best kick-the-can solution for China as it wished to expand into the capitalist market and reap the revenue from the leasehold sales, while maintaining its state ownership. “The original rule about what would happen” writes Donald Clarke, a specialist in Chinese law and professor of George Washington University Law School, “when the leasehold would expire was unambiguous: the land would go back to the landlord, i.e., the state. If leaseholders wanted to extend the lease, they would have to pay for it.”

As China’s lease system developed, the free market called. Prior to opening itself to foreign trade and obliging a free market, China’s initial Communist policies had rendered stagnant and inefficient financial growth. Remaining isolated from the global economy had long lost its appeal. Since then, China has matured into a formidable commercial force which the World Bank has referred to as “the fastest sustained expansion by a major economy in history.” That said, any company who wishes to create a joint venture within China’s borders must comply with the lease mandate, and that comes with some significant risks, as McDonald’s found out in 1994.

The very first McDonald’s on Chinese soil swung open its doors in Beijing in 1992. The opening day alone smashed records: the restaurant, which seated 700, met with 40,000 people as the day went by. This was the new China, modernized and dipping into consumer culture, and it was hungry. But only two years later did the controversy strike. Though McDonald’s had signed a 20-year lease agreement, the city of Beijing opted to break the lease, and ordered McDonald’s to relocate so that a giant shopping mall could be built in its stead. Beijing offered McDonald’s space in the new plaza once it had been built, but McDonald’s balked at the offer since it would require an 18-month closure. Workers demolished all of the buildings surrounding the restaurant, and in the end, it was left standing amidst a pile of debris. The entire back-and-forth raised “serious concerns among foreign investors over the efficacy of business contracts in China at a time when the Communist state was seen as the future of global markets.” Even the wrath of the Golden Arches could not sway the Chinese government away from its LURs.

Since local governments primarily obtain funding by selling homeowners these leases, offering a lease at a low cost endangers the services that local governments are tasked with. Because of that, LURs can cost up to one-third of the sales value of the house itself. Leaseholders, understandably, did not like that rule, and, as Clarke puts it, “a widespread belief grew up that the rules around renewal were unclear and unfair.” However, this statute was set in stone until the Property Rights Law was enacted in 2007 came along and … left everyone confused. Property Rights Law (art. 149) states that when the 70-year term for the land-use right for residential purposes expires, the term will “automatically” renew. That said, nowhere in the Property Rights Law does it say whether or not the state would charge a renewal fee, how a fee would be determined, or if the property owner would still have the right to continue living on that land. The implementation of those rules were intended to be clarified, but nothing came of it as the years trickled on.

This all spun to a head in 2016, when the local government in a city called Wenzhou told “some homeowners whose 20-year leases had expired that they would have to pay a large fee to renew.” Though the number of homeowners that were affected by the expiring 20-year LURs were few in comparison to the market at-large, Chinese citizens watched the events unfold with bated breath. At the time of this incident China’s homeownership rate sat at around 90 percent, and that number, despite the current Evergrande crisis, is expected to remain the same by the end of 2021. Which means LUR holders, then and now, comprise roughly 85 percent of Chinese families living in an urban setting.

All eyes on Li

Suffice to say that the majority of Chinese citizens were invested in the ramifications of this ruling. Protests sparked along Wenzhou, and government officials scrambled to respond. Finally, Premier Li Keqiang said a real estate provision was underway. Chinese homeowners could rest easy. “One small step for Wenzhou, one giant leap for China” bounced around Chinese tabloids. Everything would be resolved … then the provision emerged.

Because of the ticking time-bomb that LURs entail, the maelstrom of stress and confusion that happened in Wenzhou will not remain an isolated incident. A few decades from now, the first round of the 70-year lease agreements will come to an end. China’s communist policies and deep economic reliance on its real estate sector have forced it into a corner. Upholding the LUR renewal and the hefty fees that come with it would infuriate most of China’s population, but stating that an LUR would automatically renew, free of charge, would negate a core tenet of the ruling party’s principles. Evergrande may have left a lot of unanswered questions about the Chinese property market, but that is nothing compared to the full-blown national issue that awaits in years to come. For now, the only certainty we can derive is, ironically, that buyers cannot be sure what they will be getting into when they buy a property in China.