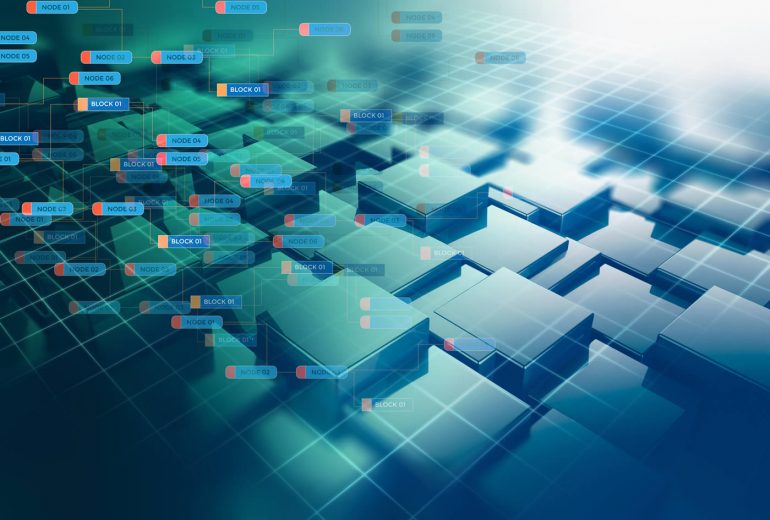 Q&A with Ragnar Lifthrasir on Bitcoin, ICO’s and Blockchain for Real Estate

If you have been to a real estate technology conference in the last few years, you have probably seen Ragnar Lifthrasir. He is hard to miss, tall and with long beach blond hair that lives up to his namesake. He routinely speaks at conferences with the association he founded, International Blockchain Real Estate Association (IBREA); his panel at Realcomm this year was probably the most well-attended of the entire event. He is also an outspoken advocate of blockchain, Bitcoin in particular, and is a bit of a lightning rod on social media as well. He has openly criticized a number of real estate ICO’s and is quick to call people out for posting fallacious statements about cryptocurrencies.

If you get a chance to sit down and chat with him, as I have, his passion for the subject is obvious. He lights up when he talks about it. His company, velox.RE, recently completed a grueling sounding eight-month pilot program to record real estate ownership transfers in Cook County, Illinois. In advance of IBREA’s second annual conference, which CRE.tech is proud to sponsor, we peppered Ragnar with questions to better understand his background and his perspective on blockchain for real estate transactions.

CRE.tech: How did you first get turned on to blockchain technology?

Ragnar Lifthrasir: I discovered bitcoin in 2011 in the Anarcho-Capitalist reddit.com forum. It changed my life. I studied and invested in it for a couple of years. Then in 2013 I made my first attempt at a bitcoin real estate startup and also founded what later became the International Blockchain Real Estate Association.

What is the first thing you think people should understand about blockchain?

RL: That blockchain is not a database and it is not a solution to as many problems as people claim it is. I want people to understand that the value proposition of blockchain is trust-reduced, peer to peer, censorship resistant, digital value transfer. With an accompanying immutable ledger of those transfers.

You recently completed a pilot program with Cook County to examine the possibility of using blockchain to record land registry. How did it go?

RL: The purpose of the program wasn’t to create a land registry, but rather, to test transferring ownership of real estate using (the) bitcoin (blockchain) and subsequent recording of that conveyance into the public record. The pilot program was a success. We had two accomplishments.

First, my startup velox.RE successfully completed several tests of a Bitcoin Colored Coin real estate conveyance with a Chicago property owner. This met the all the legal, procedural, and software requirements agreed upon by the pilot program participants.

While a company reported that it created a token to stand for real estate and sent it to another in 2016, the velox.RE pilot program will allow velox.RE to perform the first known legal and paperless conveyance, where the actual exchange of a token was done in a manner that the grantor and grantee expect to qualify as a legal conveyance. Furthermore, velox.RE, and others who follow can perform blockchain conveyances in all 50 US states.

Second, the Cook County Recorder of Deeds approved the legal instrument that velox.RE and the property owner could use to publicly record a blockchain conveyance.

As a result, the pilot program produced two conclusions.

First, property owners can transfer title to their real estate with Bitcoin colored coins right now. (Permission or participation from a Recorder’s Office is not needed since they aren’t involved in property conveyances). For the blockchain conveyance to be legally valid, it must follow existing legal requirements and certain technological specifications.

And second, property owners can record their blockchain conveyance into the public record right now. Indeed, as long as the document is properly formatted, the Recorder’s Office must, by law, record it.

What are the differences from your work with Cook Country compared to other countries, like Sweden and The Republic of Georgia, that are trying to use blockchain for real estate as well?

RL: Georgia and Sweden use a title registry system, where a property changes ownership by a government official updating the land ledger to reflect the new owner. The government performs the conveyance between the parties.

In contrast, (most of) the US uses the deed registration system where the seller transfers ownership of the property directly to the buyer using a deed. In a separate, optional step, the buyer may choose to publish this deed in a county clerk / recorder’s office.

Our pilot program differed from the ones in Sweden and the Republic of Georgia in two ways.

Second, function. The Republic of Georgia’s program was a land registry. Property did not change ownership on a blockchain. But rather, existing records were “backed up” on a blockchain. The Swedish program focused on using a smart contract to make a more seamless transactional process. In both cases the government ran some sort of blockchain technology.

The function of our pilot program was to transfer ownership of a property peer to peer, (between buyer and seller). We tested using a blockchain deed to replace a paper deed. We also tested how a blockchain conveyance could then be recorded into the public government record. In both cases, the government did not run any blockchain software, but rather helped craft the legal and procedural steps.

How long do you think it will be until we see a government switch over to a completely blockchain based land registry?

RL: Within two years, most likely in Dubai or Sweden. In the USA we’re fortunate to use the deed system because property owners transfer their title “peer to peer” with the deed. The government does not convey the property, the buyer and seller do. So in the USA, property owners can use blockchain today for conveyance, no government adoption needed.

Talk Data to Me: Real Estate Analytics and the Voice Search Revolution

Obviously, there are many benefits for using blockchain for titles and deeds but a number of companies have experimented with using ICO (initial coin offerings) as a way to reduce the friction of real estate ownership. You have been very vocal on LinkedIn about the dangers of some of these ICOs. What do you think people should look out for when considering participating in an ICO?

RL: Almost all of the ICOs I’m seeing design their business model to sell a lot of tokens rather than create a business model that will get real world traction. People should ask these four questions:

In many cases right now, the answer is “No” to all of the above.

You should also know who’s designing or auditing the ICO. REXmls lost $1.3 million on the first day of their ICO because they improperly coded the contract address. Had they tested the address, or had a third party audit it, then that wouldn’t have happened. So, technical competence is a fifth requirement.

You are the founder of IBREA (International Blockchain Real Estate Association). What does this organization do and how can interested parties get involved?

Other ways people can get involved is by joining us via our LinkedIn group, or attend a local meetup in their city.

Jaime Dimon, former CEO of Goldman Sacks, recently spoke out about his views on Bitcoin being a bubble. There are obviously many possible pitfalls scaring people off like governmental regulation and currency forks. What should potential Bitcoin investors be wary of? What do you see as not a threat?

RL: Bitcoin has been around now for eight years. Jamie Dimon’s arguments are four years old. Investors biggest risk isn’t bitcoin, but themselves. Investors should be wary of not properly securing their bitcoin, with either a hardware wallet like a Trezor, or forgetting their password. I learned this the hard way back in 2012.

What is the best resource for those looking to educate themselves on the use of blockchain in real estate?

RL: Our October 10th Conference will be full day firehose of information from leading experts. For those who can’t attend, I suggest checking out IBREA’s online Library of articles. 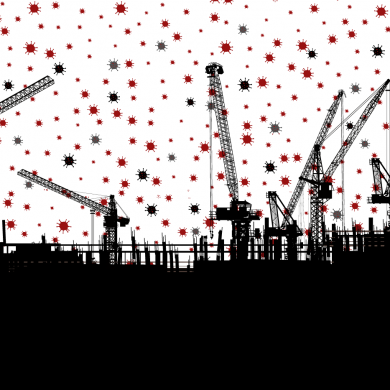 The New Reality in Commercial Construction Due to COVID-19