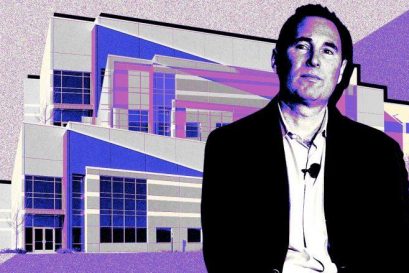 As Broadway prepares to return, smaller theaters are struggling to hang on

For 33 years and more than 13,500 shows, Catherine Russell played a psychiatrist and suspected cold-blooded killer in an off-Broadway show, taking just four sick days and setting a Guinness World Record for most theater performances as a character. And if the boiler in her theater needed fixing or the ticket-taker didn’t show up, she could do that too.

Only a global pandemic could have stopped her.

Covid shut down the Theater Center, the venue Russell rents on West 50th Street and Broadway, for 13 months. She reopened in April at limited capacity, but it could be a while before she can play Margaret Thorne Brent in front of a full house. Gov. Andrew Cuomo still requires theater attendees to social-distance, which limits Russell’s occupancy to about 50 percent.

“It’s not economically feasible at all,” said Russell. She has sued the state and city over the restrictions.

As Broadway prepares to go live in September, smaller theater owners and companies are trying to hang on, if they have not already given up. They claim the government has not provided enough support for an industry that adds about $1.3 billion to New York City’s economy, according to a city study in 2019.

While many theaters qualified for the federal government’s Shuttered Venues Operating Grant program, rollout of the aid has been delayed, leaving landlords and theater owners under a pile of unpaid bills.

“Small theaters have to pay rent, owners of the theaters still have to pay the real estate taxes,” said Russell.

On March 12, 2020, with the coronavirus spreading unchecked through the city, Broadway shut all 41 of its theaters. Producers postponed their shows. Thousands of actors, stage hands, and engineers were put out of work.

It was a big hit to the city.

Broadway brought in 14.6 million people and sold $1.8 billion in tickets in 2019, according to its trade organization, The Broadway League. Broadway is largely owned by three landlords: the Nederlander Organization, the Shubert Organization and Jordan Roth’s Jujamcyn Theaters. (The three companies did not respond to requests to comment.)

Smaller theaters are a different story. Few theater companies own their space, and they have less negotiating power with their landlords. If they miss rent, a landlord might not be forgiving. The state has frozen commercial evictions and foreclosures since the onset of the pandemic, but the protection could end this summer.

“The venues that we support are living on the edge financially in a good year,” said Randi Berry, the executive director of IndieSpace. “So even one month or two months [without income] is enough to put them completely over.”

Berry’s organization helps independent theaters structure leases and find venues. While some were able to secure federal PPP money, many theaters missed out because they often rely on volunteers or part-time workers, according to Berry.

“Small venues may not have full-time employees that made them eligible for some of the support,” she said.

Broadway and small theater owners are relying heavily on the $16 billion Shuttered Venue program, set up by the Small Business Administration with federal pandemic funding to help music venues, live-event spaces, theaters and museums. The money was supposed to be released in April but has yet to arrive.

Some theater owners claim the application process was too cumbersome for a small organization.

“It was insane,” said Edmund Gaynes, a long-time off-Broadway producer who runs the Actors Temple Theater. Gaynes decided not to apply for a grant.

The League of Independent Theaters, a nonprofit organization, lists 14 theaters on its website that have closed because of Covid.

One of those companies belonged to Eric Krebs, who had been producing shows in and around New York City since 1969. Unable to pay rent at his 62-seat Playroom Theater at 151 West 46th Street near Times Square, he got out of his lease and shut it down shortly after the pandemic began.

Krebs, 76, said his main focus now is producing a musical version of Romeo and Juliet set in 1960s Brooklyn. But it will not be at the venue he left. That has been converted to a physical therapy and acupuncture clinic.

Meghan Finn, the artistic director of the Tank, an off-off-Broadway production venue, said her nonprofit organization pivoted quickly to virtual performances. It went into arrears in the first two months, but was able to pay rent for a 56-seat space and a 98-seat space at 312 West 36th Street.

Finn said she tried to pay rent as soon as she could so the landlord would continue the lease.

Even with virtual shows, such as “Prometheus Bound” or “Islands of Contentment,” and grants from private foundations, it’s been a challenge.

“We still have to pull rabbits out of hats to make it work,” said Finn.

Some theater owners are seeking more clarity before they open.

Ciaran O’Reilly, the producing director of the 150-seat Irish Repertory Theatre at 132 West 22nd Street in Chelsea, is waiting on guidance from the unions before opening to a live audience. He said his theater is lucky as it owns its space (a commercial condo) and was able to get by on virtual shows, which expanded the theater’s audience.

But putting on a new show is expensive. He also has to pay to make sure his HVAC system is up to the state’s pandemic standard, with filters and air-circulation levels believed to reduce transmission of the virus.

Cuomo may have declared that New York is fully open in May, but that’s not practical for the Irish Rep.