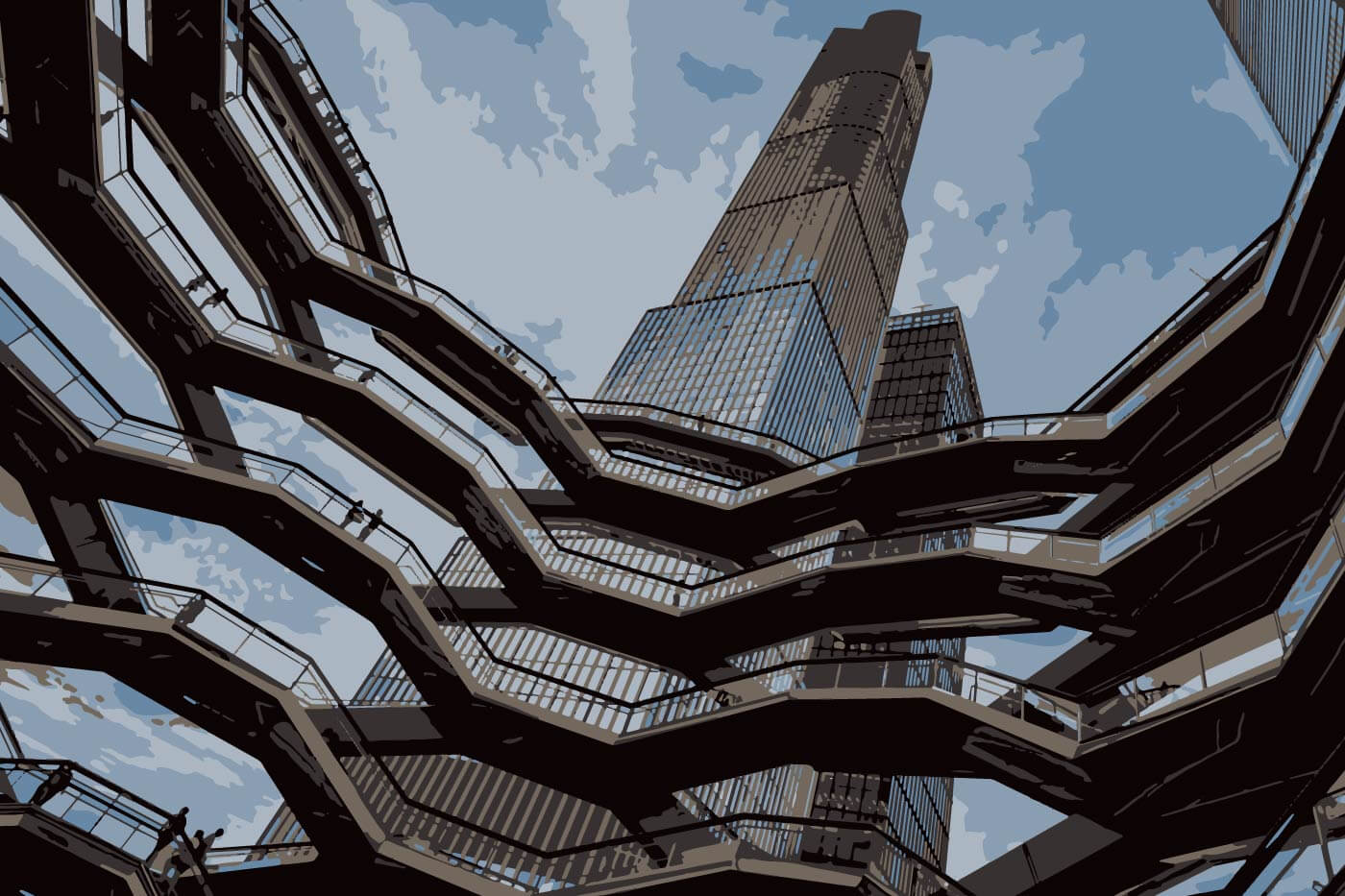 Walk through any sculpture park and you’ll notice an uptick in visitors.

The Socrates Sculpture Park in Queens has seen more visitors since the pandemic began, and likely, the Storm King Art Center in Upstate New York, too. One report from Illinois notes the Nathan Manilow Sculpture Park, a 100 acre prairie with free access to 29 sculptures on the grounds of Governor State University in University Park, a suburb of Chicago, has seen an “incredible amount of people visit.”

Social distancing measures have sent people flocking to the outdoors and since galleries are largely closed, public art displays are seeing an understandable uptick in foot traffic. Public art is just one example of how the pandemic is changing how we navigate public space in cities and simultaneously changing what we value when it comes to real estate.

People want an experience these days. By today’s standards that means something worthy of pulling out your smartphone. Attractions, pop-up displays, and art installments are all ways that spaces can attract people and, if all goes well, create a connection with them. So the question stands: how valuable is art to the land around it? Should developers and property owners invest more in public art?

Amazon recently released renderings for its headquarters in Arlington, Virginia, a shiny, swirly building called PenPlace,which features a walkable green pathway up to its rooftop. The building isn’t only designed as a landmark, but a cultural experience as pedestrians will be allowed to tread upon its helix-shaped ramped gardens. Even with all of these innovative (and likely expensive) design features the conversation around the structure have mostly been its resemblance to the poo emoji.

“Whether you love it or hate it, the first thing people talk about with Hudson Yards is the ‘big shawarma,’ the Vessel, a giant piece of public art,” said Zach Aarons, the author of PropTech 101, and co-founder and general partner at MetaProp, a leading venture capital firm focused on the PropTech industry.

It’s a similar story to the Vessel at Hudson Yards in New York, which has divided the city since it opened in 2019. It has been called “the stairs to nowhere,” a wastepaper basket, a pineapple, or even a colossal shawarma. It has also seen closures due to suicide attempts. But, the $150 million piece still attracts tourists for a selfie photo-op in its dizzying tower with 80 landings.

“When you see the Herzog & de Meuron building in Tribeca, outside of it, they have an Anish Kapoor bean sculpture, which was a huge expense, but it was also a selling point,” said Aarons.

“What can be really successful is when a real estate developer takes something necessary, and make it public art. Like David Byrne’s bike locks, which were beautiful sculptures that were also functional. When developers get creative, that’s when you get this visceral connection to it, rather than this standard, lifeless apartment building.”

In Chicago, the Millennium Park, an outdoor sculpture park which features over 50 sculptures and murals along its path, which first opened in 2004, is managed by MB Real Estate. There’s no doubt that it’s a tourist attraction, and that art has the power to make new buildings more attractive to prospective residents. And who can forget when Danish architects Bjarke Ingels Group created an artificial ski slope on top of a power plant in Copenhagen, back in 2017? It not only garnered huge media buzz, but today it remains a top tourist attraction. There’s no doubt public art adds value to any property, neighborhood or city.

Lance Fung, a curator, recently curated a public art exhibition, Illuminate Coral Gables, a public art project in south Florida. He says that the main issue with tasteful public art experiences are the art consultants hired by developers who “really don’t know much or care about art.”

“Surprisingly, this often happens so the result is fairly bland,” he says. “Finding a passionate and knowledgeable advisor is key, especially if they have access to artists allowing site-commissioned based art, versus pre-existing plop art,” he said, citing the random public art sculptures plopped out front of office towers.

Developers also need to “avoid functionality when selecting your artwork,” said Fung. “Select artists to make art and not be consumed with what the development needs. There are examples of sublime public artwork that do have function but that is more a rarity than the norm.

Fung believes that the pandemic is changing public space in cities. “The value has skyrocketed,” said Fung. “Free and quality art in public places is vital to society since it brings joy, inspires children and adults, and it reinstates values in humanity.

But how exactly can real estate developers help feature public art? Fung says that they must be prepared to exceed the required budget. “I know there is always a bottom line, but from time to time, we get involved with a developer who just falls in love with an artist’s concept and wants to realize something historical and timeless,” he said.

“In rare cases,” adds Fung, “we have worked with developers who did not have a requirement but simply wanted to create a better product.  Art cannot only heal the soul but can play a pivotal role in branding, setting a higher standard or attracting tenants.”

That’s the case to Bryan Ezralow, the CEO of the Ezralow Company in Los Angeles, who says art has the power to make new buildings more attractive to prospective residents. He recalls doing an art project in Pacific Beach in San Diego.

“We took our self-storage building and put art on the freeway side of the buildings,” he said. The artwork is a surfer riding a huge blue wave. “This designated the surf culture of Pacific Beach, it stands out. People know the building because of it, and it has definitely helped in creating a reputation in the area and perhaps even leasing the space.”

Ezralow, who specializes in real estate development (including 30,000 apartment units), always tries to incorporate art on his properties, be it sculptures out front of apartment buildings or paintings inside lobbies of office towers.

“I think art as a part of real estate denotes that the developer or owner wants to create excitement and imagination for its tenant base,” said Ezralow. “It gives the image of quality; it’s thought that goes into a quality project. It shows the owner cares about showing the quality of that real estate project.”

Pairing property and public art is familiar to real estate firm Vulcan Inc., who has hired their own in-house curator Greg Bell. He chose 23 artworks for their South Lake Union development project in Seattle, for example. Bell says on the Vulcan website that: “Public art is designed to connect the community to the built environment and promote engagement with public spaces.”

Daniel S. Palmer is a curator at the Public Art Fund, which mounts public art projects across the country. In a recent interview, he said the pandemic is changing how we view public art, considering museums being closed.

“Those of us who typically sought inspiration in a museum or gallery have had to find it elsewhere,” he said. “I think all New Yorkers have increasingly realized the fundamental importance of public space, and public art has been such a great way to enliven it and safely bring people together.”

What’s great about public art is that it’s accessible to everyone. It isn’t confined to indoor spaces, like galleries or art museums which makes it much more pandemic proof. It has the ability to boost local businesses. This includes restaurants and shops but also the hotels and even apartment buildings. Public art is also more than just a monetary investment. It is an investment in quality of life, which engages community strength and civic pride. This might not have an immediate impact on a building’s value but will eventually make a neighborhood a better place to live, work and play in a way that can only benefit the values of the property that comprises it.