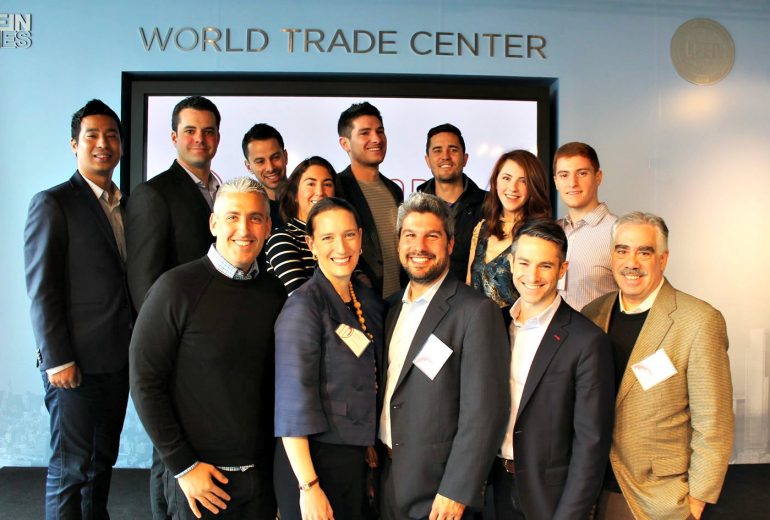 After Silverstein Properties’ President Tal Kerret welcomed the audience to his building,  Aaron Block, MetaProp NYC’s Co-Founder and Managing Director explained how the accelerator was an important component of a holistic suite of services the firm offers, including an advisory service to help progressive-minded real estate firms pursue innovation, and an investment arm that is active in dozens of PropTech startups outside of its own accelerator. In fact, Block shared that MetaProp NYC is “now the number one investor in global PropTech.”

Zak Schwarzman, a Partner at MetaProp NYC who leads the venture capital arm, spoke at the event and emphasized a recurring sentiment about the growth that lies ahead for the industry. He noted that real estate is the largest contributor to US GDP but receives just one-percent of all venture capital investment today. “We are now entering the third and by far most exciting wave of PropTech innovation,” explained Schwarzman. “The first wave was characterized by core enterprise systems and foundational consumer utilities. The second wave saw advances in user design and innovative business models and saw expansion of the data infrastructure that undergirds the industry. But this third wave is by far the largest and the most dynamic.”

According to Schwarzman, the third wave involves every major buzzword technology from AI (artificial intelligence) to VR (virtual reality) to drones, colliding with the real estate industry. “Many entrepreneurs are now realizing that they can unlock the full value of their innovations. Not as technology vendors but as tech enabled service models that operate with greater efficiency and far higher profit margins than many of today’s real estate leaders,” he added.

Entrepreneurs are now realizing that they can unlock the full value of their innovations. Not as technology vendors but as tech enabled service models.

Long under-penetrated and ignored niches from appraisal to title to home warranty and  others in the real estate chain are seeing disruption for the first time. Over 300 applicants from dozens of countries applied to participate in MetaProp NYC’s accelerator. Keen to find startups across a variety of real estate related verticals and niches, the firm cast a wide net. For example, onTarget is a company working on reducing construction cost and time overruns through its visual project management, analytic software and 3D renderings. Co-Founder Niran Shrestha said that MetaProp NYC’s network was able to connect him to several prospects in the heavy construction industry. He also announced that builders at La Guardia Airport would be utilizing onTarget’s platform as the aging facility undergoes a multi-billion dollar redevelopment.

On the commercial real estate side is Alex Rangel, Co-Founder of Ravti, a startup trying to reinvent how commercial HVAC is procured and serviced. “CRE tech is still in its infancy, and a lot of the traditional CRE firms still do not know how to value or buy tech and software,” explained Rangel. Like Shrestha, MetaProp NYC has helped Rangel’s team focus on the sales process too, the lifeblood of a successful startup. “Since joining MetaProp, we have added millions of dollars to our sales pipeline.”

In addition to Ravti, two other startups presenting on demo day also service the commercial sector: Enertiv, an energy management platform that tracks data across an entire building or a single room, and can be checked with a smartphone app; and Bowery a company working to make the creation of commercial appraisal reports more accurate and efficient.

In the residential vertical, MetaProp NYC introduced hOM, a company that partners with landlords to organize group fitness classes and other amenities in underutilized spaces; and Flip, the first peer-to-peer lease listing website, where tenants can showcase their lease or take over an existing lease.

Flip Co-Founder and CEO Susannah Vila explained that her startup is addressing a cultural shift in ownership attitudes among today’s younger generation. “We care a lot less about ownership and care a lot more about access. We are more mobile and more transient that anyone could have imagined.” According to Vila, this evolution in attitude has resulted in lifestyles for young people that don’t lend themselves to traditional leases. Her team’s goal is to make those leases an asset rather than a liability.

Next up for MetaProp NYC and it’s graduating class: West Coast Demo Day on February 2nd in San Francisco. 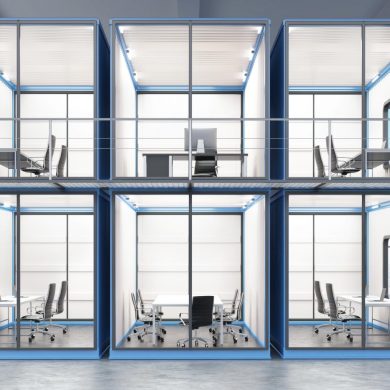