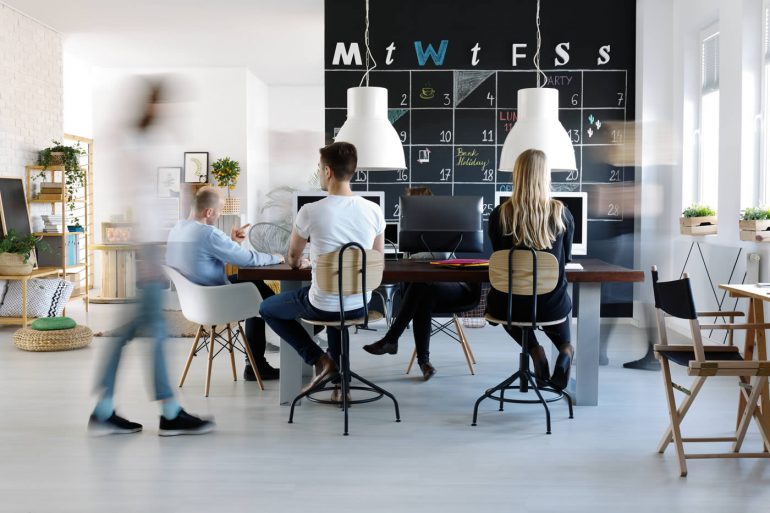 There has been a lot of noise over the last few weeks about the growth of the partnership model for flexible space. One player discussed in particular was Convene, the event and meeting space provider turned flexible office management company. Convene has gone after the upscale side of the market and have been able to partner with a number of big-name landlords that will result in a flurry of new locations in the near future.

In a recent Q&A with TechCrunch, Convene founder Ryan Simonetti talked about how this would help the company grow fast enough to challenge WeWork’s pace. In that conversation, Ryan had this to say about the difference between his company and WeWork’s approach:

“WeWork did us the greatest favor in the world, because our strategy since day one has been to make the landlord a key partner and stakeholder. Do you want to know who has the cheapest cost of capital? Cheaper than SoftBank’s? It’s the landlord’s balance sheet. Their cost of equity capital is like six to eight percent.”

Even though WeWork has been able to raise enormous amounts of money from a long-term minded investor, those funds do not come without a cost. Eventually, WeWork will have to make investors money and how much they make will always be compared to other investments. Convene’s less capital-intensive growth and partnerships with companies like Brookfield, the biggest property owner on the planet at the moment, might make their strategy much more profitable than WeWorks in the long run.

The other piece of buzz about the changes in office property management arrangements is from Jamie Hodari, co-founder of another innovative flexible working space company, Industrious, in a recent interview with Reuters. He focused more on the risk reduction that a partnership deal could offer both the management company and the landlord. Hodari also revealed that his company had about 5 percent of their projects involve management agreements in 2017, but that this figure exploded to 75 percent of his current pipeline at present. My favorite quote from this article didn’t come from Jamie but from Richard Anderson, a REIT equity analyst at Mizuho Americas:

“You’ve seen these models fall apart […] That mismatch between assets and liabilities becomes very apparent when the model starts to break down.”

This is a concern that a lot of the investors in the industry have. If WeWork’s revenue shrinks they will still be left with massive lease obligations. If WeWork runs into trouble or somehow manages to run through their reservoir of investor cash, the buildings that have WeWork as the anchor or only tenant would be at risk of a serious valuation downgrade.

Focusing on core competencies and outsourcing the rest is Business School 101 but often doesn’t translate perfectly in the wild. Giving away margins works in growing industries but can be impossible once a market is squeezed. I looked for some studies on the impact of outsourcing on profitability in the real estate industry, and was able to find a recent doctoral thesis by Sigrid Katzler, a researcher at the Royal Institute of Technology in Sweden, that asked the question, “Will outsourcing of commercial real estate management add to performance?” The results were mixed.

For small real estate firms, there might be some positive benefit. “Outsourcing of technical management has a large positive effect on net income for the smallest size category,” Katzler said. But the same can not be said for larger companies.

The paper continues, “It appears that outsourcing for large institutional investors and real estate companies where ownership of commercial real estate is core business have limited power to increase net income and reduce costs at property level.” It should be noted that Katzler is quick to point out possible false positives, saying that, “due to the relatively small sample size of the smallest size category, the results should be interpreted with caution.”

As big landlords experiment with letting specialized, tech-driven startups manage more of their office space, they will have to decide for themselves if it makes sense to hire out this major component of their business or keep it in-house. While they can certainly bring down the risk for both parties with these partnerships it will have to be weighed against the loss of profit. Ultimately, it will be the investors who will decide.